With ingenue roles behind her, Lea Salonga loving the new opportunities coming her way | Inquirer Entertainment

With ingenue roles behind her, Lea Salonga loving the new opportunities coming her way 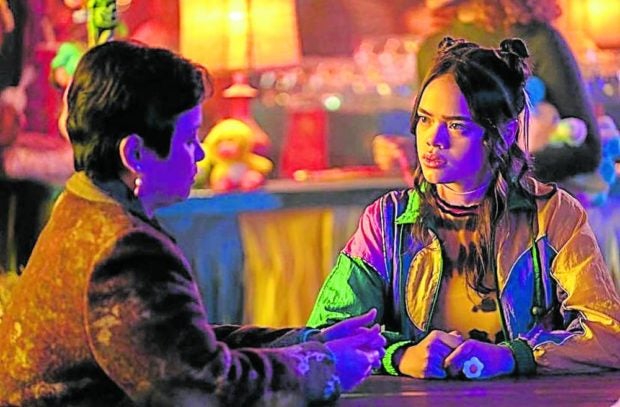 Lea Salonga has always played ingenues in the characters she’s most known for. So it’s easy for anyone to imagine the Tony-winning actress-singer playing the tragic heroine Kim in “Miss Saigon” or singing “A Whole New World” and “Reflection” in Disney’s “Aladdin” and “Mulan,” respectively.

In recent seasons, we’ve been impressed by the roles Lea has been pursuing to stretch her wings as a performer—from getting deliciously cast against type as Aunt Gail Garcia in the acclaimed indie film “Yellow Rose” to bringing the murderous, meat pie-baking Mrs. Lovett in the musical “Sweeney Todd” to life.

While Elodie is fictional, part of what helped Lea create the role was in the way she channeled her mom, Mrs. Ligaya Salonga, for characterization.

“Elodie is more similar to my own mother than I am to her,” shared Lea. “I drew some parallels from there because my mom also experienced certain traumas in her life. It’s something I really am not at liberty to talk about, only because it’s my mom’s own story to tell.

“But yeah, she went through quite a bit in her life, and that greatly influenced how she raised me and my brother Gerard. I see more of a parallel between Elodie and my mother because of the kind of things that they, as mothers and as women, experienced in their youth.

“So, in trying to figure out who Elodie was, I certainly was not going to canonize my mother because, as an actor, I had to accept and justify the entirety of her—not just the good stuff, but also the less-than-good things that people may not see.

“I knew that Malia was Filipino going in, and I think one thing that a lot of people realize when you’re talking to another Filipino—because Malia did talk about her mom as we were discussing our roles—is that what she says just rings incredibly familiar. It’s like Filipino mothers are cut from the same cloth.

“I try to go a different way from how my mother is. But there’s always going to be something that I will have in common with her as far as bringing up our children is concerned. And even if my mom is not in a room, she’s in a room (laughs). I think that’s a good way to describe the commonality. There’s a protectiveness … a cautiousness in meeting new people.”

“As a parent, I’m far more laid-back. I don’t ‘helicopter-parent’ my daughter Nicole. So she has all the freedom in the world to figure herself out, without me telling her who she is. Although I think it’s also a generational thing.” 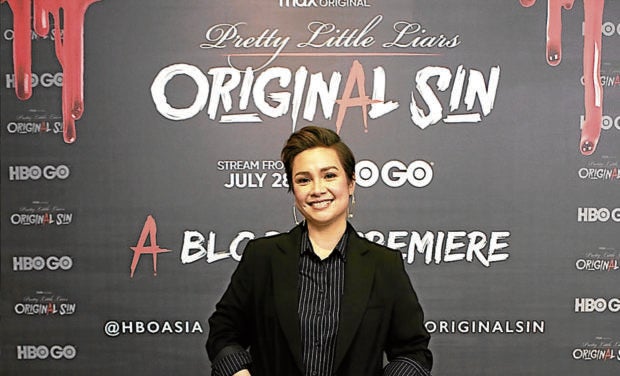 Another thing that Lea has been enjoying of late is the thrill of creating and discovering character-type roles that she can truly sink her thespic teeth into.

The actress explained, “If there’s anything that I have discovered, especially with ‘Sweeney Todd’ and being cast as Mrs. Lovett, which came after ‘Yellow Rose,’ it is that it’s so much more fun to play these roles! I’m glad that I’m no longer the ingenue—that there’s now a whole new generation of actors that get to be that—and I’ve been freed from the shackles of being an ingenue!”

Now that more doors are opening up for Lea to play more mature characters, it’s a development that she welcomes with open arms. So, which other roles does she want to get a crack at in the coming years?

“As far as theater goes, I’d like to eventually play characters like Mama Rose from ‘Gypsy’ or [the characters from] Sondheim productions. A couple of years ago, I took Nicole to see ‘Hello, Dolly!’ with Bernadette Peters in it. So that might also be fun to do, because you still get to be the center of the story.

“There’s something deeply compelling about how the character talks about her life and what she has been through. She is pursued by this other man, but she’s also in conflict because of her dead husband.

“As we watched it, our hearts were totally broken. I was like, ‘Ahh, why are you doing this to us?’ More than that, it was also funny, and the character isn’t perfect. But while you can see that she is flawed, there’s just this light about her. And Bernadette was in her 70s when she did it!

“Then, there’s Patti LuPone, who continues to win Tonys. So yeah, I feel like there’s still a lot of life left and a lot of roles to play. When you’re older, the impression is that you’re relegated to ‘mother roles’—a term that seems to be accompanied with derision.

“But in the back of my head, it’s like, when you do theater, when you play a mom or an older woman, it’s actually much more interesting than getting the role of the ingenue. Because these mature characters must have lived life fully in order to get to that point. They’re more three-dimensional and more fully fleshed out, like the writer really spent a good amount of time to bring that character to life!” INQ