Why Rico Blanco is ‘nervous’ about his coming Big Dome concert 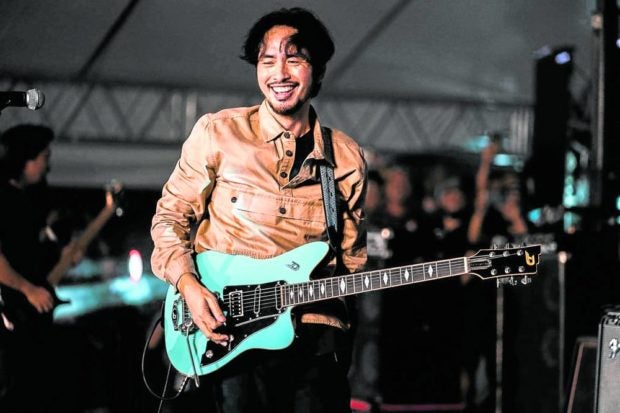 Playing live gigs is something Rico Blanco doesn’t normally find daunting. But this upcoming one is different.

On Sept. 11, he will take the stage at the Araneta Coliseum. And though he’s no stranger to the iconic venue, his previous outings there were co-headlining events: with Kitchie Nadal in 2005 (as frontman of Rivermaya); and with Yeng Constantino and Gloc-9 in 2014. The fact that this is the first big show since the pandemic hit also stirs jitters.

“I think it’s because there has been a long gap. And I really want to give people a great time. I’m really just the one stressing myself out. I can simply go out there and play. But I want this night to be unforgettable for the fans,” he told the Inquirer in an interview for his self-titled concert produced by KDR Music House and Wish.

“I thought I would be the second or third in KDR’s planned lineup of shows. But knowing that I’m the first one to go made me a little nervous,” he admitted. “It’s also my first time to do a solo concert at Araneta … My past major concerts were held at the Music Museum, which has a different size.”

Holding court at the Big Dome at this point in his career may be “symbolic” in a way, Rico surmised.

“Maybe there’s a reason this is happening now. Maybe this is also a way for me to help boost the local concert scene,” he said. “We artists have been wanting to do live shows again. And I know the people are raring to experience live music again. So I said, ‘Game. We have to start doing it then. It has to start somewhere.”

For the 49-year-old singer-songwriter, performing at a larger venue allows for experiences that can’t be had at a more intimate one. “It’s a different approach. It’s a different language when you play for 10,000, 20,000 people, and another when it’s with 50 or 100 people … There’s more space to jump around. The way people sound when they sing along is different from how they sound in a smaller place,” he pointed out.

“But they’re both enjoyable. They’re just different,” he added. “Either way, I always want to give a show that people won’t forget.”

Rico has done elaborately bombastic productions in the past, particularly during his “Galactik Fiestamatik” era in the early 2010s, which had him assuming the Fiesto Bandido persona and performing, at one point, with an army of performers composed of a choir, an orchestra and a tribal ensemble.” 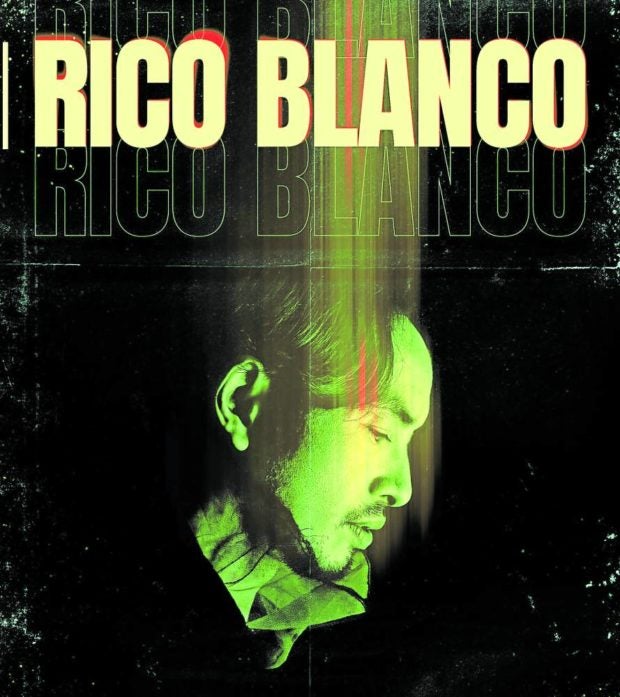 Blanco and (left) his concert poster

His upcoming concert’s production still promises to be a visual treat, from the lights to the stage design. But his backing band and musicians, he said, “will be stripped down a little.” “For this one I want the people to feel the heart of the music. Even if the music is the same, the experience is different each time,” said Rico, whose solo hits include “Your Universe,” “Antukin” and “‘Wag Mong Aminin.”

The last time Rico put out a studio album was in 2015 with “Dating Gawi.” But now that his priority is producing music for the artists he manages under his company, Balcony Entertainment, he hasn’t had much time to work on his own. That’s why he plans to make the most out of the pockets of free time he has this year.

“I have a window, this August and September, where I wouldn’t have to work on my artists’ albums. So maybe there’s time for me to work on my own music. But soon after, I have to be back to manager mode and start working for my bands Never the Strangers and Good Times,” he related. “But my artists do urge me to put out new music, too … They inspire me and I hope to inspire them, too.”

Discovering new artists and helping them hone their talents was something Rico has always wanted to do. “I was already planning on starting a management company and label back when I was still with Rivermaya. But it didn’t happen because I didn’t have the time. I was busy with my career. Later on, I realized that I have to let go of my own to make time for others,” he said. 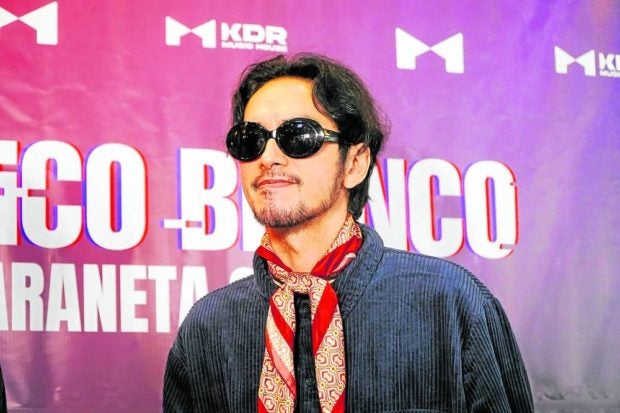 Because his “bandwidth is limited,” he can take only so many artists under his wing. He has to be discerning and meticulous, Rico said. “I’m not the type who just signs artists and then leaves them on their own. I really enjoy making music for other artists. I want to share with them the things I know. It makes me happy seeing them grow.” INQ