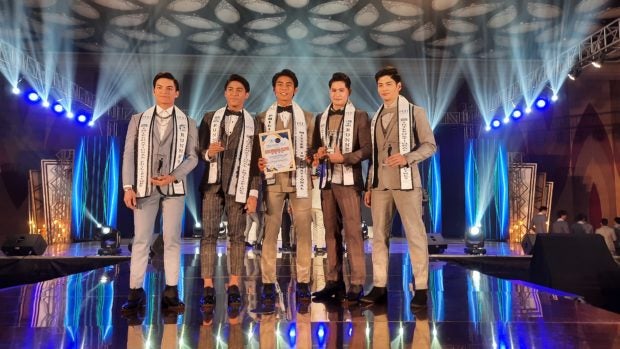 At the contest’s culmination, Myron Jude Ordillano took home the top plum and earned the right to represent the Philippines in the 14th edition of the Bangkok-based Mister International pageant. First runner-up Mark Avendaño was assigned to the Mister Global competition, while second runner-up Michael Ver Comaling won his ticket to the Mister National Universe contest.

But after the proclamation of winners, fourth runner-up Andre Cue was appointed Mister Teen International Philippines, and will be sent to compete in Laos next year.

That left third runner-up Kitt Cortez as the lone person in the roster of winners with no global competition. But on Aug. 9, MIPH announced his overseas assignment, making him the country’s representative to the Mister Tourism International contest in Indonesia in November.

With the recent announcement, all the five top winners of the 2022 Mister International Philippines pageant now have global contests to compete in. But the national organization has not stopped with its surprises just yet.

The latest international franchise that the national organization acquired is for the Venezuela-based Caballero Universal competition, which will hold its second edition this year.

But who will they send now that each of the national contest’s Top 5 finishers has his own international contest to compete in? Pageant officer Ameer Gamama said the organization will appoint another representative who will be sent to Caballero Universal.

He also said they are currently working on selecting the rightful contender who will carry the Philippines’ name on the international arena. “We will make an announcement once everything has been finalized,” he added.

The 2022 Mister International Philippines pageant is the first national competition mounted by the current MIPH organization. Thirty-three aspirants from all over the country participated in the contest that culminated in a colorful coronation program staged at the grand ballroom of Okada Manila in Parañaque City on June 27.  /ra