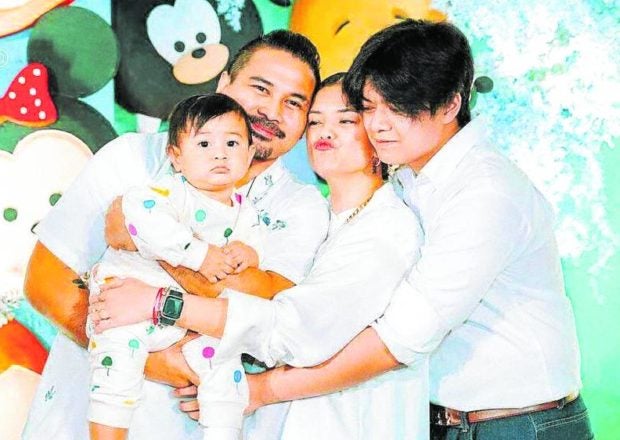 “I never thought it would feel this blissful,” said actress Meryll Soriano as a way to describe her current state at home, while living with partner Joem Bascon and her two sons, Eli and Gido.

In a recent chat with Inquirer Entertainment, Meryll celebrated her being able to breastfeed Baby Gido during the pandemic and also star in a movie opposite the man she loves in Rain Yamson II’s dramatic piece, “Angkas.”

“I don’t know how I’d survive without Joem’s help. I appreciate everything that he is doing for the whole family, not just for me and Gido, but also for my eldest son Eli,” Meryll said of her 14-year-old child, Elijah, with actor Bernard Palanca. “I’ve been a single parent for so long. I have no idea what to do with a mustache or beard, or what deodorant someone like him (Eli) should use. I’m glad he has Joem to consult about things that are unique to men.”

Joem said the series of pandemic lockdowns since 2020 has given them the opportunity to really spend time together. “I had no problem maintaining a good relationship with Eli because I also took care of him when he was 2 years old,” explained Joem, who first dated Meryll some 12 years ago. “Now that he is a teenager, we share the same interest in video games and clothes. He would also consult me on what workout routine suits him.” 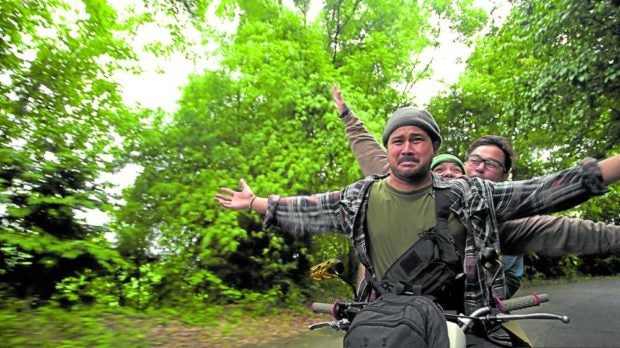 As for Gido, Joem proudly claimed not to mind changing the boy’s spoiled diapers. “I really want to give him my full attention. I want to be present when he reaches all his milestones. I guess I’ve really embraced being a dad. Leaving home to work inside a bubble for long periods is really a problem for me. My family is more important to me than my work. What I do is save up so I won’t have to work for three long months just so I can be with them.”

Gido is lucky to have Joem as his dad, declared Meryll. “14 years ago, when I had Eli, the setup was very different. The pandemic gave us the gift of time and space to become parents. I saw how fatherhood changed Joem and how this made us closer as a couple,” the 39-year-old actress said.

Being a mom the second time around has changed Meryll, too. “I’m a really intense mom this time around. I take breastfeeding seriously,” she said. In fact, their family had to renew their passports on the same day as our interview. She recalled how she had to keep feeding Gido even while she was having her passport photo taken. “It’s really draining. There were times when I feel like giving up, but I look at Gido and see how beautiful he is and my mood changes instantly.”

Professionally, the couple is feeling so much contentment as well. Joem said that, in “Angkas,” he was able to portray a character whose experience relates so much to what he was actually going through emotionally while shooting the film.

“Both of Leo (his character) and I were at a fork in the road. We were trying to answer a lot of ‘what if’ questions … We were going through a similar struggle in life,” recalled Joem, 35.

Leo is not an ordinary habal-habal driver. He is the resident ambulance and delivery man in a remote village in Compostela Valley. They hire him to transport the dead down the mountain. His estranged friend Miguel appears at his doorstep one day and insists on joining Leo in fetching the corpse of the rebel Ditas (Meryll), who is also their childhood friend. Their fragile friendship gets tested during the journey. 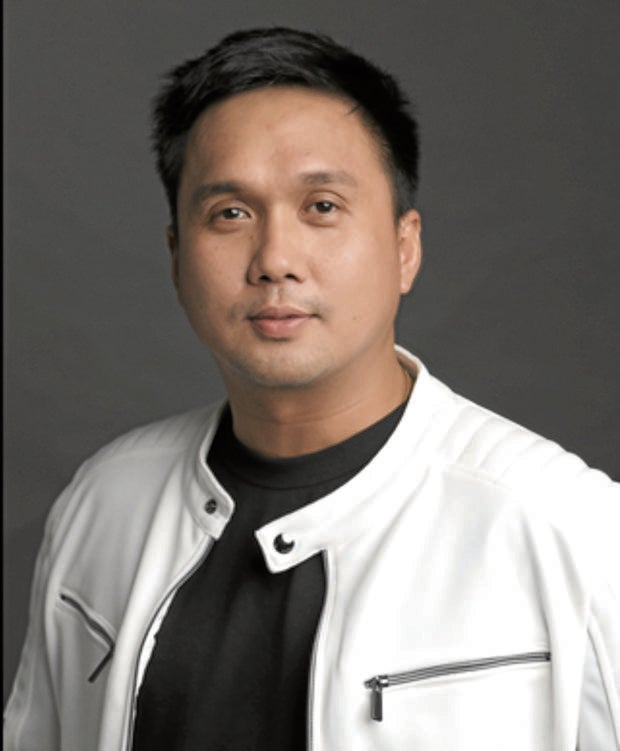 The film is an entry in the ongoing 18th Cinemalaya Philippine Independent Film Festival. It will be screened at the Cultural Center of the Philippines in Pasay City until Aug. 14.

Joem had to face a hurdle that was unique to him. He fell down from the motorbike and scratched portions of his legs and feet on the first day of shooting. “Because of the injury, we had to limit the scenes we shot in a day,” Joem pointed out.

Meanwhile, Meryll had to endure traveling to and from their set in Norzagaray, Bulacan, for seven days just to be with Gido at night. “They allowed me to go home after work. I was used to driving long hours on my own when I was younger, but I was already feeling drained on the third day. I had to do this just to make sure Gido has a parent with him before he sleeps at night and when he wakes up in the morning,” she said.

Rain also had to deal with his own challenges as a director and producer. “Some of our producers backed out because of the pandemic. I had to approach a lot of people for financial support. As a result, we only got to shoot our film in July,” he said.

He had also wanted to shoot in Compostela Valley, but the option was no longer available in July. “The story is based on a documentary I saw about a unique habal-habal driver in Mt. Diwalwal. I couldn’t see it in Norzagaray anymore so I had to adjust,” he recalled. “Angkas” also features Mercedes Cabral, Jolo Estrada and Soliman Cruz.