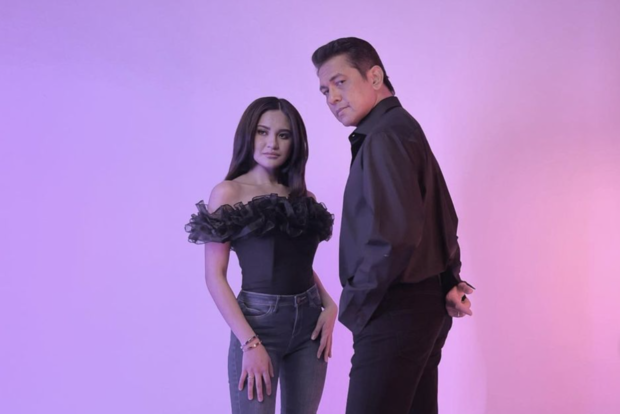 The track, released on Universal Records Philippines’ YouTube channel yesterday, Aug. 5, is a duet about two people who cherish moments from a hopeless love affair.

San Jose admitted that she considers working with Valenciano a “dream come true,” as seen on her Instagram post, also yesterday.

“It’s out! I wrote this song last year and it has finally come to life. Still feels surreal… collaborating with @garyvalenciano is definitely a dream come true. Thank you to @universalrecordsph [and Angeli Pangilinan] for making this happen,” she said.

Valenciano, meanwhile, announced that the track has been released via his Instagram page yesterday.

Valenciano confessed that “Di Ka Akin” is a “totally new sound” for him and he was not sure whether he could “deliver” for the collaboration. However, he described it as the “sound of today,” as seen in a video on Universal Records Philippines’ Twitter page last Tuesday, Aug. 2.

“It wasn’t just a good song, that’s given already, but it’s also with an excellent artist,” he said.

For OPM Icon @GaryValenciano1, an opportunity to collaborate with such an excellent artist like Julie Anne San Jose @MyJaps does not come very often and you really don't wanna miss it. A reason why he said Yes to this collab in a heartbeat.

“Di Ka Akin” is now available on digital music streaming platforms such as Spotify and Apple Music, among others.  /ra