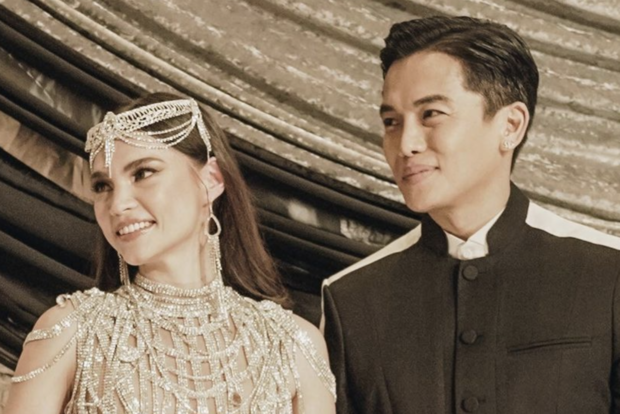 Rhian Ramos has made public her relationship with Frontrow co-founder and Tutok to Win party list representative Sam Verzosa as they showed themselves holding hands at the GMA Gala Night.

The actress and Verzosa can be seen holding hands as they posed with actor Marco Gumabao and beauty queen-actress Michelle Dee at the Gala Night over the weekend, as seen on Ramos’ Instagram page last Monday, Aug. 1.

Aside from being Frontrow’s co-founder, Verzosa is also the multi-level marketing company’s CEO.

Ramos admitted that Verzosa is indeed her date for the GMA Gala Night in an interview with Philippine Entertainment Portal last Sunday, July 31. She added that she would not describe what she and Verzosa have as “new” relationship but one that is “new in public.” The GMA Gala Night marks their first public event together as a couple.

The actress’ last publicly known relationship was with Israeli Amit Borsok, whom she revealed she had broken up with in 2020.  /ra