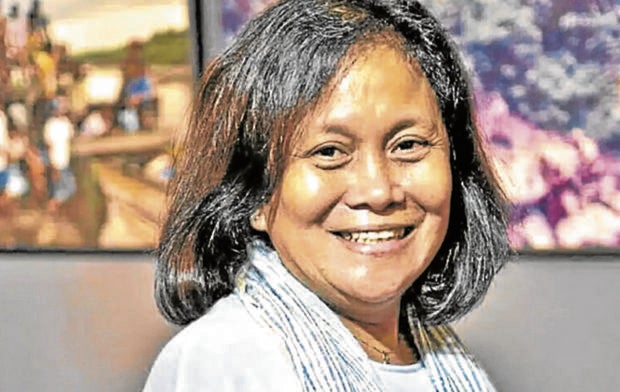 “I really fought for her. This validates my decision,” said filmmaker Theodore “Ted” Boborol as a reaction to the news that it was Ruby Ruiz’s performance in his indie movie “Iska” that helped the actress land a role in the Amazon Prime Video drama series “Expats.”

Ruiz plays a Filipino nanny working for the character of no less than Hollywood actress Nicole Kidman. The series, which is based on Janice Y. K. Lee’s 2016 novel “The Expatriates,” is expected to be released in 2023.

“Tita Ruby was really my first choice to play Iska. With what happened to her, I found validation in my decision to fight for her. I’m so excited for her. The more important news here is that she could get a best supporting actress nomination for her performance there,” Boborol told Inquirer Entertainment in a recent virtual chat.

Boborol said he actually visited Ruiz while she was on a break in Los Angeles, California, from shooting “Expats” in April. “I went to her condo in West Hollywood. Ang sosyal! She was even provided her own car. The production took a break because Nicole had to attend to another commitment. Tita Ruby treated me to dinner. Ang mahal! I told her, ‘Tita, thank you. I’m so proud of you,’” recalled Boborol.

Ruiz said one of the producers of “Expats” was able to watch “Iska” when it competed at the 2020 Harlem International Film Festival. Ruiz bagged the best actress honor from that festival held in New York City.

“They were trying to look for me. Of course, I wasn’t so easy to find because I wasn’t mainstream, so it took them a long while to locate me,” Ruiz told Inquirer Entertainment. “I guess it’s true when they say that if it’s meant for you, it will happen. There was one Filipino indie actress, her name is Chanel Latorre, who also auditioned for the role of the nanny. She got a callback but, eventually, she wasn’t picked because they said she was too young. She told them, ‘I feel frustrated. What exactly are you looking for?’ The producers said, ‘It has nothing to do with your skills. We’re looking for someone older, someone in her mid-50s or early 60s who can really act.’”

Thinking of Ruiz, Latorre told the casting director that she knew somebody that matched the description. “He said, ‘So what’s the name of your actor friend?’ When Chanel mentioned my name, he said, ‘Oh my God! We’ve been looking for her for a long time now!’ He immediately asked for my contact details,” said Ruiz. “Chanel then sent me a message and told me to audition. In the beginning, I didn’t feel too excited because, based on past experiences, I would always be a finalist but would never get chosen.”

Asked to share what she has learned from the experience, Ruiz, who also conducts acting workshops for young actors locally, said: “I would like to share this with my colleagues and students: It’s called no-acting acting. It’s something that’s difficult to achieve, to be honest. Even I got reprimanded on the set one time.” 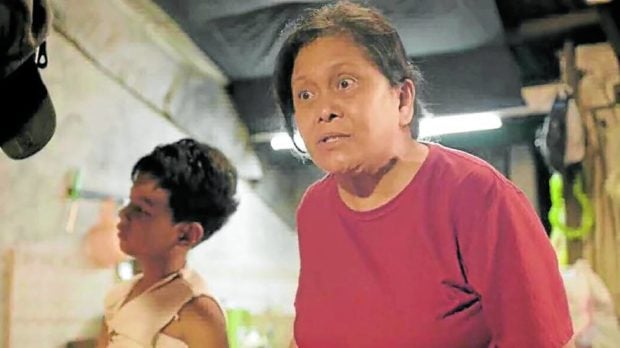 She continued: “I come from theater, where body movements and facial expressions are exaggerated. There’s this one scene where I was supposed to look up to a helicopter that passed by. I guess I was feeling too happy, as if I was Mary Poppins, that I made an exaggerated gesture. I got scolded. Deadma lang dapat.”

Ruiz then shared another memorable experience while shooting some of her scenes in Hong Kong. She said, “The first scene I did for the series was at a mall. My character was supposed to join a queue of people at Western Union. Just for that simple scene, they filled the entire mall with people.

“As an actress, this helped a lot because I was really able to feel my character. I also felt lucky to be part of a project like that. They have the resources. If this was a Filipino production, hiring bit players isn’t a priority, so most of them are given double or triple roles.”

Ruiz and Boborol also gave their comments on the recent success of another Filipino actress, Dolly de Leon, who received rave reviews for her performance in Ruben Östlund’s social satire “Triangle of Sadness.” The film won the Palme d’Or, the highest award at the 75th Cannes Film Festival in France.

“I’m so happy for Dolly,” said Boborol. “I got to work with her a few years ago in a teleserye with Denise Laurel that aired in the afternoon. She played the evil principal there. Even back then, I already knew how good an actress she is.”

Ruiz, however, has not had the chance to work with Dolly yet, but would love to collaborate with her in a project soon. “I’m so proud of her. Making it to Cannes is no joke. It was also a big honor for our country. My dream is to see the two of us, with Jaclyn Jose (first Filipino to win best actress in Cannes, in 2016), in one project, even though this would most likely mean I’d play a nanny role again,” she said, laughing.

Read Next
Love Knots, August 1, 2022
EDITORS' PICK
Individuals affected by ‘Karding’ now over 157,000
Newbie gamers are in for a treat with the power-packed feature of vivo Y16
House energy committee chair Arroyo bats for cheap electricity
Bongbong Marcos says PH ‘open for business’ with new Clark Airport terminal
Karding damage to infrastructure at P23M
Reignite your passion with the vivo Y35
MOST READ
LPA enters PAR, may develop into tropical depression
Angelica Panganiban ‘duguan, sugatang mom’ one week into breastfeeding
Security guard shoots 2 other guards dead inside Makati subdivision
Badoy not with Office of the President, NTF-Elcac, under Marcos admin — solon
Don't miss out on the latest news and information.