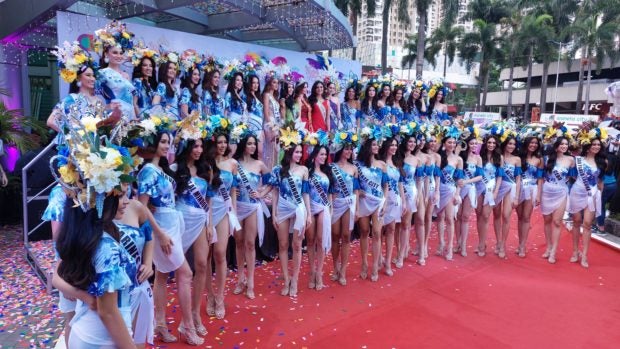 The 40 Bb. Pilipinas delegates are joined by the reigning queens at the parade’s culminating program by the pavilion of the Gateway Mall. Image: Philippine Daily Inquirer/Armin P. Adina

MANILA, Philippines — It was raining heavily in several areas in Metro Manila on July 23, with a downpour experienced in the Ortigas district in Pasig City, and Diliman in Quezon City. But between the two areas was a dry patch at the Araneta City in Quezon City.

Overcast skies enveloped the pioneering commercial district in Quezon City, threatening to dampen the much-awaited “Grand Parade of Beauties” of the 2022 Binibining Pilipinas pageant, one of the most anticipated events of the annual beauty competition.

The pageant’s followers, and beauty contest fans in general, missed the yearly spectacle of “Binibinis” because of the COVID-19 pandemic, which sidelined the 2020 competition and limited the movement of the 2021 contest.

As a result, the previous bevy of beauties were not able to have the full Binibini experience by missing the parade, where spectators and followers line the pavements of the Araneta City to get a glimpse of the candidates cruising around the district in convertibles.

Among the reigning queens, only Bb. Pilipinas International Hannah Arnold and second runner-up Meiji Cruz were able to join a parade as candidates during their first participation in 2019 and 2012, respectively. 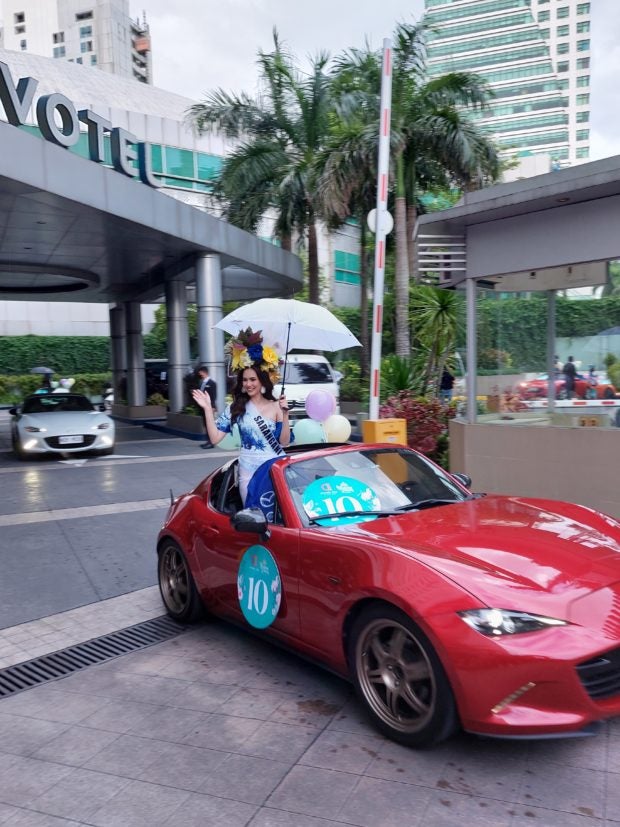 This year the delegates still wore Vegas-inspired headpieces, a staple in the Bb. Pilipinas parade. For the 2022 competition, Justine Aliman designed the swimwear the candidates donned — a one-piece suit with an asymmetrical neckline and ruffle sleeves in shades of white and denim blue with daisy prints. 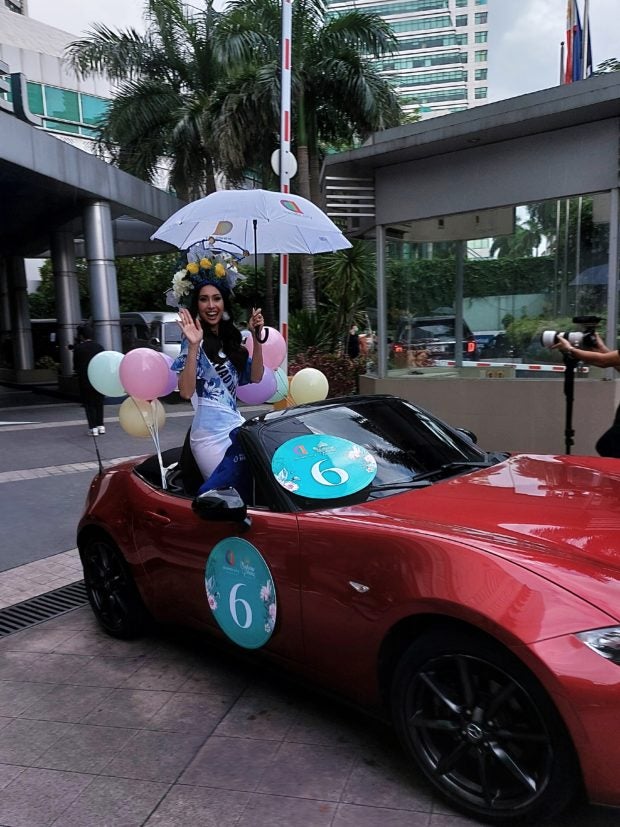 Elda Aznar of Davao del Sur holds an umbrella to protect herself from the brief drizzle during the earlier part of the parade. Image: Philippine Daily Inquirer/Armin P. Adina

A short drizzle welcomed the first batch of Binibinis as they ascended from the basement parking of Novotel Manila Araneta City, but the skies held back for most of the parade, keeping the delegates and onlookers dry all throughout the parade, including the brief program by the pavilion of the Gateway Mall, where the 40 aspirants introduced themselves, and the reigning queens were presented. 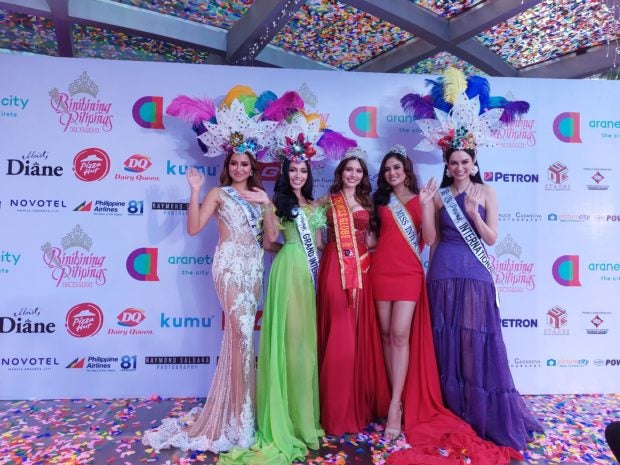 The four reigning queens will crown their Bb. Pilipinas successors at the grand coronation night at the Smart Araneta Coliseum at the Araneta City in Quezon City on July 31, with a live telecast on TV5, Kapamilya Channel, A2Z, and Metro Channel, and real-time streaming via iWant TFC and the official Bb. Pilipinas YouTube channel. JB