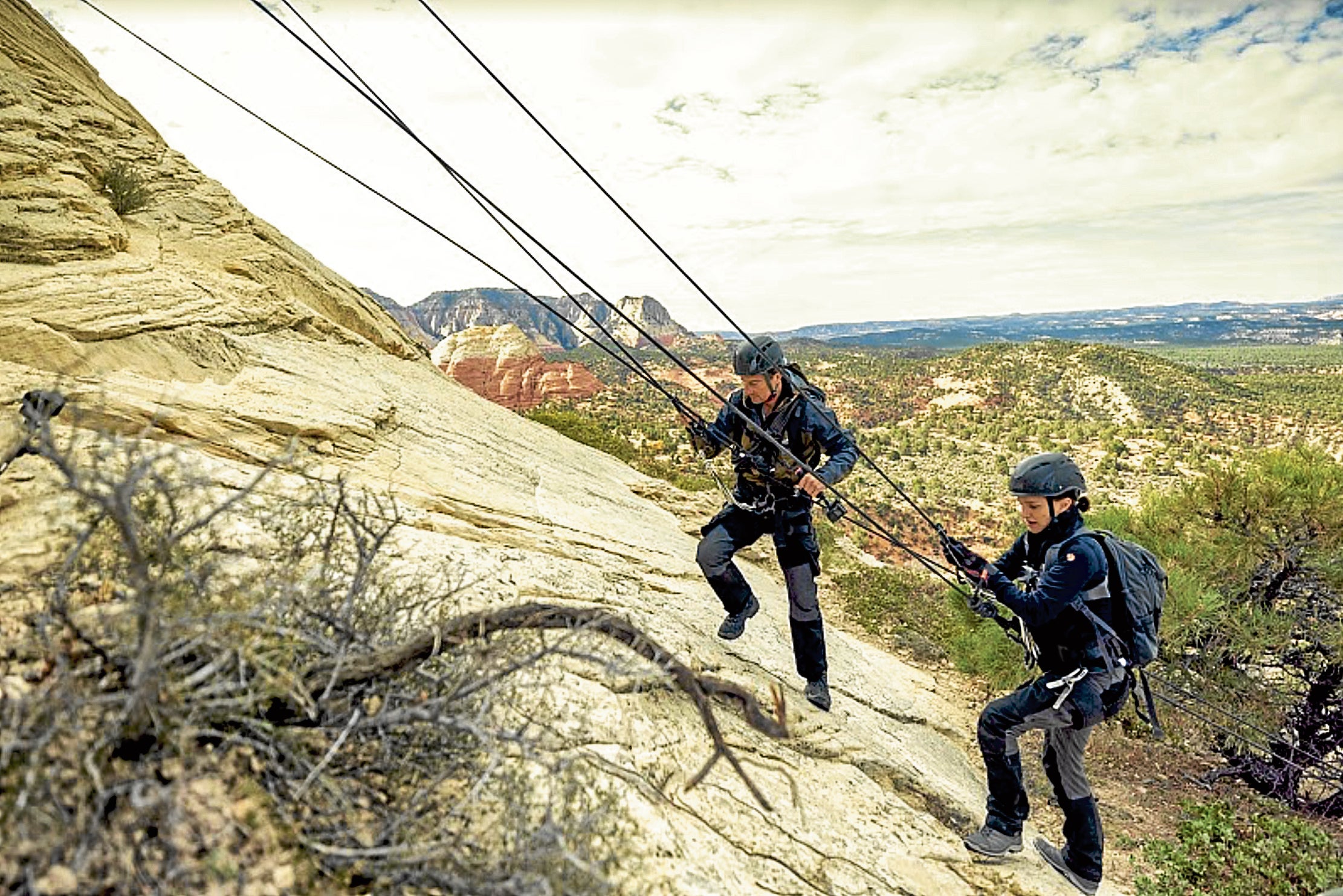 Scene from “Running Wild with Bear Grylls: The Challenge”

For many of the A-list celebrities who have kept British survivalist Bear Grylls company on challenge-driven adventures around the world, stepping outside their comfort zone gives them a much greater perspective on life and the fleeting nature of power and fame.

When we spoke to the dashing 48-year-old TV host about the upcoming seventh season of his acclaimed show, dubbed “Running Wild with Bear Grylls: The Challenge,” which launches at 9 a.m. on Tuesday on National Geographic, he aptly described his time with his stellar guests as “moments of magic,” even when a few of those undertakings starts out with a bundle of nerves.

“A trip is most satisfying when everybody’s safe at the end of it, and nobody’s injured—that’s when the guest is alive and happy,” Bear told us. “I definitely get nervous before these trips begin. We’ve always got to be focused because a lot can happen very fast. You have to rely on your wits, and you’re going to have to learn to improvise.

“Beforehand, I don’t know the stars or what they’re going to be like. But the highlight for me is always that look of joy at the end, when they know they’re heading ‘back to civilization,’ and they’ve done it. They’re not going to get bitten by anything anymore, or fall off anything (laughs). 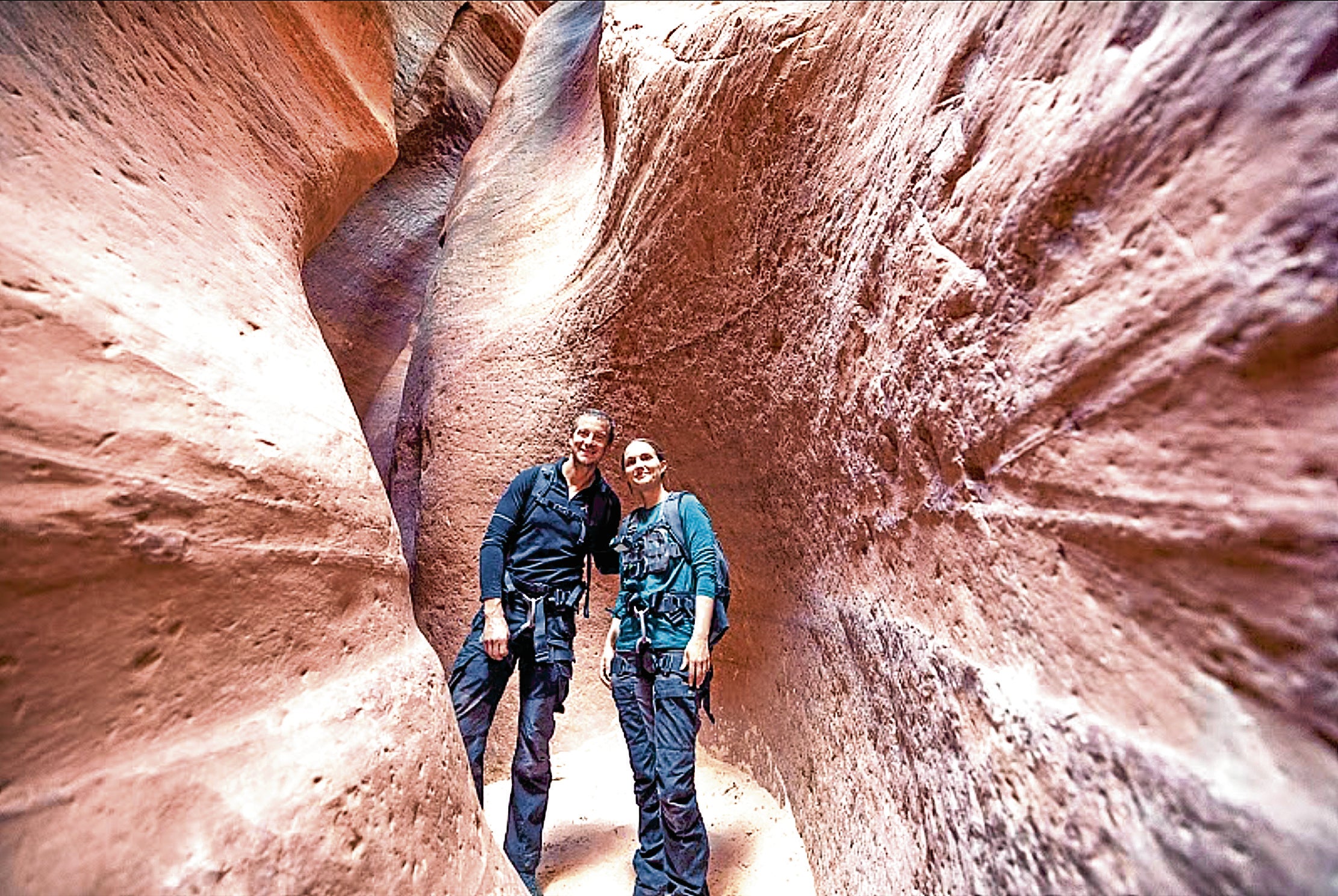 “By this time, they know me, and they’re really proud of themselves—that’s my favorite moment. Those few minutes at the end when they’re just dropping their backpacks and hugging everyone as they jump up and down. For me, those moments are magic, and it’s why I do this job. It’s a great privilege in my life.”

In “Running Wild with Bear Grylls,” the host leads celebrities into the wildest corners of the planet for epic adventures that will challenge their perceived limitations. Each week, a new celebrity guest leaves the luxury of their homes and rely on bushcraft skills to join Bear for a no-holds-barred journey through some of the most extreme environments in the world.

Bear takes the daring adventures up a level by teaching celebrity guests essential survival skills that they will have to master and then prove they can use in a high-stress situation.

We’ve been covering Bear’s shows for some time now, and we’ve particularly been enjoying his candor even over issues that aren’t about his outdoor adventures—like his thoughts on the war in Ukraine or his friendship with Britain’s royal family. We treat these off-topic discussions as yummy icing on an already delectable cake.

Our Q&A with Bear:

This season, more MCU stars are thrust into extreme weather, like Natalie in scalding-hot weather and Simu in the dead of subzero winter. Could you talk about the challenges in those trips?

This season, we’ve gone to some pretty extreme locations, maybe more so than we’ve done before. So we’ve definitely pushed the boundaries. Natalie’s trip was in the canyons of Utah’s Escalante Desert in the Great Basin during a really hot time of the year. It’s unforgiving when it gets over 120 degrees, so your margin for error reduces considerably.

But Natalie really rose to the occasion. It’s that part of “Running Wild” that I love the most—seeing the stars arriving quite nervous, unsure of what’s ahead, and often doubting themselves. But by the end of that, we see that light in their eyes after overcoming their fears. Because in these places, you only get it wrong once.

Simu, on the other hand, was in one of the coldest episodes we’ve ever done in seven seasons of the show. We were in northern Canada in the depths of winter—short days, super subzero temperatures. And he was a rookie to this sort of stuff.

I just remember that within five minutes, both of us our hands were shaking because of the extreme cold. That’s why you have to keep moving. We had high winds, quite a lot of fresh snowfall and avalanche danger.

At the end, he was in his underpants soaking himself in a frozen river and whooping with delight with raw, primal screams—it was amazing to see! He was truly fired up at the end of that journey. His life has changed dramatically so fast. He said the journey felt like that for him—he went from zero to 10 super quick.

How do you choose a trip for a particular star? Are these adventures sort of “custom-built” around a celebrity’s perceived skill set?

No, but we are mindful of the extremes of temperatures and the terrain, and how remote or easy access it is in terms of search and rescue, if we ever need evacuation or help—those are crucial elements to us.

The biggest factor normally is the time of year and the temperature because temperature is never conveyed as precisely on television. You can’t always tell if something is crazy hot or crazy cold.

Is it more exciting for you to go on your own, as you did in “Man vs. Wild,” or do you prefer having some company, as you do in “Running Wild”?

We did seven or eight seasons of “Man vs. Wild,” where one man is seen fighting the elements on his own. Don’t get me wrong, it’s a show that will always be part of my life.

But I much prefer “Running Wild” because it’s not about me (laughs). I feel much more comfortable when I can open somebody’s eyes to how amazing the natural world is. I get a real kick out of seeing people’s confidence and pride in their own abilities grow. And that’s the beating heart of “Running Wild”—you see people transform.

The show has so much more longevity because you’re bringing in a new star and a new set of audience every episode. That keeps the series spontaneous and fresh. In this show, the wilds are the real superstar. 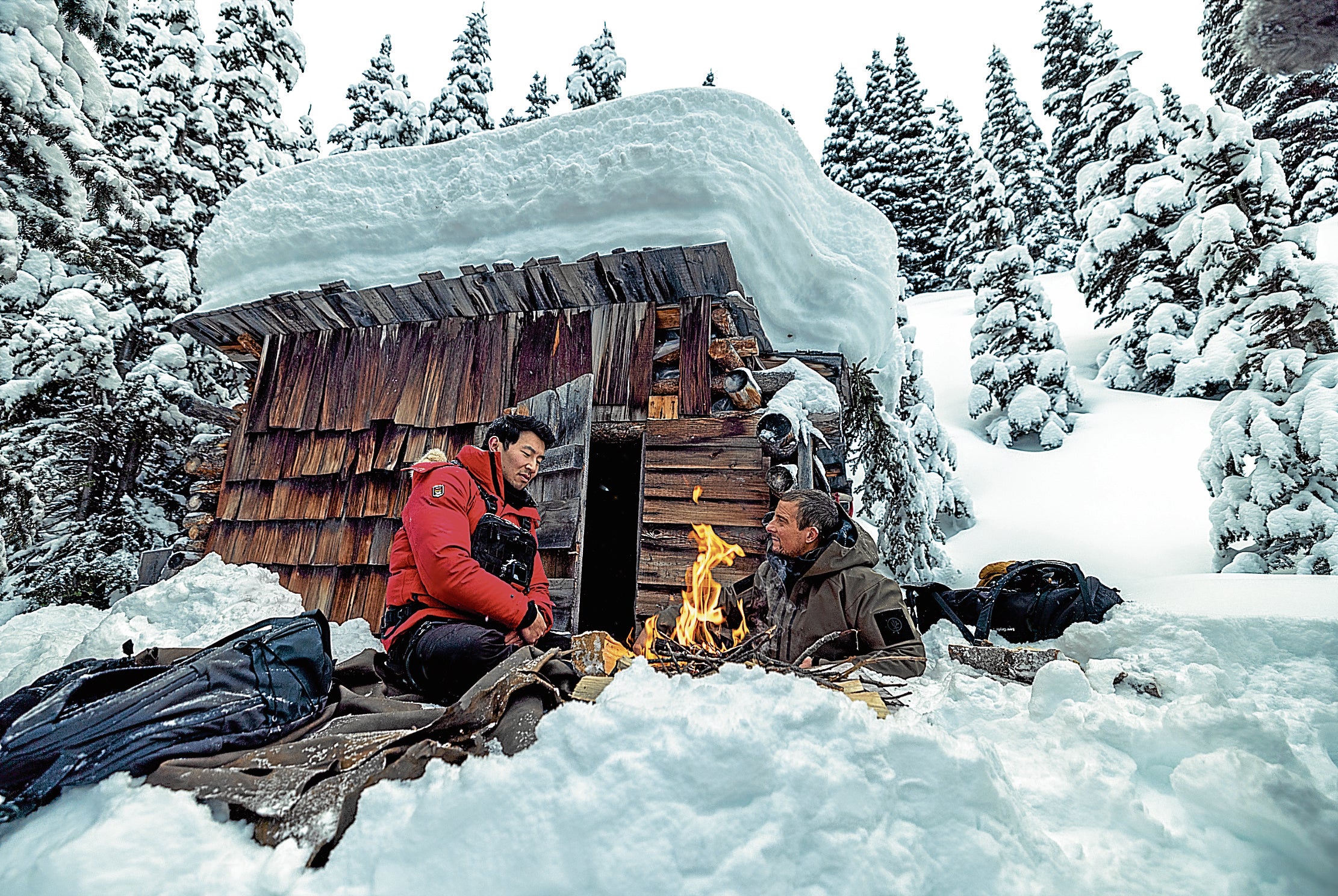 As a former soldier, how do you feel about what’s going on in Ukraine these days? Did you feel the urge to go there and help?

Let me give you a really quick answer for that. I know that we want to keep the discussion on “Running Wild,” but I don’t want to avoid that as well because it’s something that affects everybody in the world.

What’s happening at the moment is a true tragedy. And you can only wonder and marvel with admiration and respect at the courage of the Ukrainian people in the face of incredible horror and adversity. So, let’s pray that we get to see the world standing united against any regime that’s going to try and take over free democratic countries.

Last year, you gave Prince George his first ant, and you received some backlash because of it. Were you nervous before suggesting to him to eat an ant? Who from the royal family would you like to go on a trip into the wild?

The Prince George incident was just a moment that happened naturally and spontaneously, as I was saying hello to him. We’ve been doing this sailing race with Prince William and the Duchess of Cambridge, and we were just chatting after it over tea as Prince George was coming up.

And literally, as we were chatting, these ants started crossing off our shoes in front of us, and I said, “Have you ever eaten an ant?” His eyes opened wide and, you know it was a special moment to share somebody’s first ant (laughs). Hopefully, that will be a memory he holds on to at some point in his life.

I’m a huge fan of the royal family—I have full of love, admiration and respect for all they do. It would be an honor to take one of them into the wild when the right time comes along.

In your opinion, which of your celebrity guests had the most survival-like mind-set this season?

Ashton Kutcher arrived well-prepared and really wanting to do it—he wasn’t a rookie. He’d been a boy scout for a big part of his childhood. You know, he didn’t need to do this show. He’s one of the most successful investors in the world. But he wanted to be pushed and go right into the heart of a difficult jungle. That episode was also a special one for me.

“Running Wild with Bear Grylls: The Challenge” premieres on July 26 at 9 a.m. on National Geographic (channels 41/195 on SkyCable). All episodes of the series’ latest season will stream on Disney+ beginning Aug. 10.