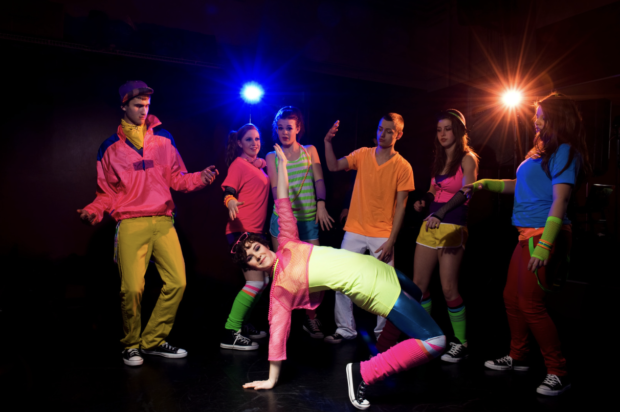 The kids who grew up watching Disney Channel original movies and series and Nickelodeon shows are now old enough to go nightclubbing, but they are keen to combine their nights out with some nostalgic memories from their childhood. “High School Musical,” “Victorious” and “Hannah Montana” are the surprising sources of music that millennials are burning up the dance floor to.

Actor Matt Bennett, perhaps best known for his role of Robbie Shapiro in the Nickelodeon show “Victorious,” initiated the trend by throwing “IParty” DJ sets all around the United States where he plays old Nickelodeon and Disney Channel hits. The name comes from the crossover episodes of “iCarly” and “Victorious,” entitled “IParty with Victorious.” It’s not only a way for Bennet to pay tribute to the show that made him famous, it is a club sensation. And to be clear, these are not child-friendly parties: all are 18+. For the Millennials and the early Gen Zers who want to party as befits a young adult but still engage with the pop culture of their childhoods, it’s a dream come true.

The now-famous “IParties” have gone viral on social media, inspiring nightclubs to create special events such as Disney Channel nights that people rush to buy tickets for. Matt Bennett’s sets are buzzing on TikTok, and recently sparking a host of posts when he was joined by Elizabeth Gillies and Jade West of “Victorious” for a set that saw them sing a track from the show, with fans hoping for a reboot.

The trend got its start with the online reunion of former cast members during the Covid-19 lockdowns, cheering up fans and creating a communal sense of nostalgia as people delved into their childhood memories. Disney Channel and Nickelodeon shows became popular topics on the internet, with people recreating choreographies all over TikTok. And in fact some shows, such as iCarly, have even been rebooted with the original actors.

That’s when Matt Bennett and club owners decided to get in on the trend with the creation of those special nights that offer a new twist on nostalgia (or newstalgia) from a time when life was easier, uniting people through these not-so-old shows that they loved and helping to explain the success of these events.

The first “IParty” was held in March, right after Matt Bennett played a few DJ sets themed around Disney and Nickelodeon. Fans were so numerous that he created a national event with shows in different states. Quite different from usual clubs, there is no dress code, people usually dress casually or like their favorite character to sing their heart out to the theme music of the shows and some famous Y2K artists’ songs.

And the trend shows no sign of slowing down with fans saying on Twitter that it was their best night out ever and praising the set-list. Tickets to “IParty” events are available all summer, all around the U.S., and some merchandising has even been created. A sign that the 2000s are back, that you should get your “Old Blue (low-rise) Jeans” out again and that it is time to “Shut Up and Dance.” JB