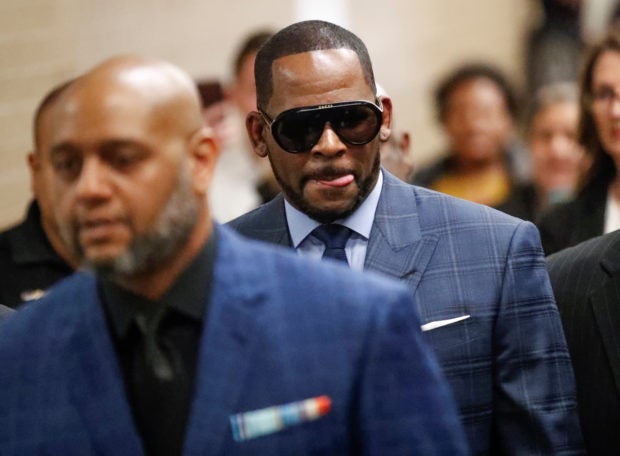 NEW YORK — R&B singer R. Kelly, who was sentenced last week to 30 years in prison following his sex trafficking conviction, was removed from suicide watch on Tuesday morning at the Brooklyn jail where he is being held, federal prosecutors said.

Kelly’s lawyer Jennifer Bonjean confirmed the multiplatinum singer is no longer on suicide watch, but said he plans to press ahead with his lawsuit over being placed there. She has said that Kelly is not suicidal.

Kelly, 55, is suing the Metropolitan Detention Center, saying jail officials there ordered the watch immediately after his June 29 sentencing “solely for punitive purposes” and because he was a “high-profile” inmate.

In a court filing in Tuesday, prosecutors said Kelly was removed from suicide watch following a clinical assessment. He had also been clinically assessed before being put on watch.

Bonjean suggested in an email that the removal was a tactic to thwart his lawsuit, which seeks unspecified compensatory and punitive damages. The court docket suggests that Kelly is seeking $100 million.

“Not surprising that as soon as the BOP was going to have to account for their decisions, they removed him,” Bonjean said, referring to the Federal Bureau of Prisons, which runs the Brooklyn jail. “Our lawsuit will proceed nonetheless.”

Known for the 1996 Grammy-winning hit “I Believe I Can Fly,” Kelly was convicted last September of racketeering and violating a law that bars transporting people across state lines for prostitution.

Prosecutors said Kelly, whose given name is Robert Sylvester Kelly, exploited his stardom and wealth over two decades to lure women and girls into his orbit for sex, with the help of his entourage.

Ghislaine Maxwell, another inmate at the Brooklyn jail, was placed on suicide watch on June 24, four days before being sentenced to 20 years in prison for aiding financier Jeffrey Epstein’s sexual abuse of underage girls.