Though not as popular as before, True Faith in a ‘comfortable’ place in its 30-year music career | Inquirer Entertainment
Close
menu
search

Though not as popular as before, True Faith in a ‘comfortable’ place in its 30-year music career 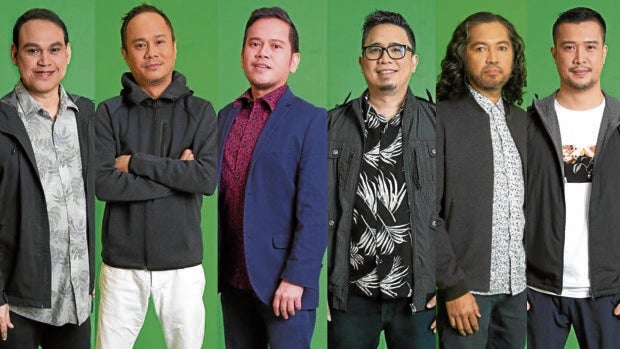 The cover art of True Faith’s latest album, “11,” features a tranquil cat in the middle of meditation. And that image, the band said, perfectly encapsulates its members’ current mindset toward their music, the industry and their place in it.

“We feel more relaxed now. Whatever the people’s impressions of us are, we’re fine with those. OK na kami doon. Our focus is to make music. We’re cool whether or not the album generates a hit,” lead vocalist Medwin Marfil said in a recent video conference.

Their attitude now, Medwin related, is drastically different from the hypercompetitive spirit the 1990s music scene brought out in them.

“Things aren’t like the way they were in the ’90s when we were just starting out. Grabe ang pressure. In our first three years, all we could think of was releasing new albums or singles. We were constantly told about emerging groups that were starting to expand their reach,” he recalled.

Thirty years into their career, members of True Faith—the pop-rock band behind the enduring hit songs “Huwag Na Lang Kaya,” “Perfect” and “Dahil Ikaw”—would like to believe that they have already carved a place in the business.

“I feel like we’re in a place or position where we’re fine where we are… We’re no longer as popular as before, but we have our own place in this industry that we’re comfortable with. There are still many people who look forward to seeing and listening to us and we’re happy with that,” Medwin said.

But that doesn’t mean the band will just settle on its existing discography. While the fans always look for its signature songs in its shows, introducing new music, innovating and embracing new platforms are still part of what it does. 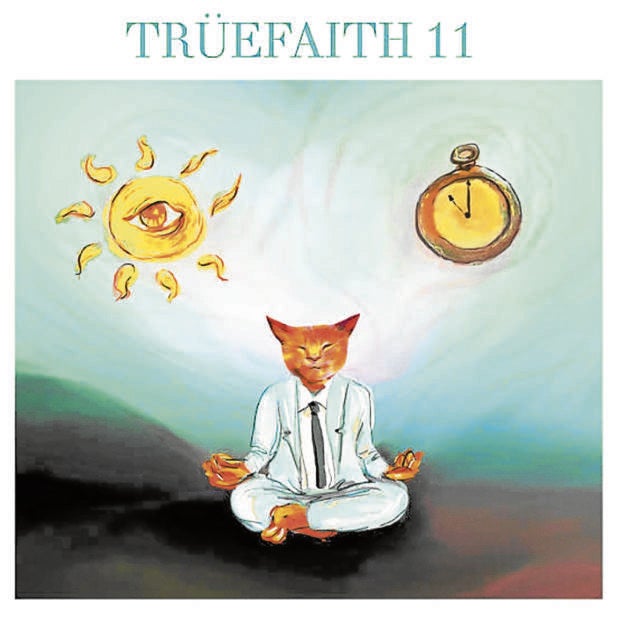 “The people look for the classics at gigs. But as much as possible we try to introduce our new songs from our later albums. There’s a reason they’re our fans—they connect to our hits. We don’t mind that because that’s where the connection comes from,” Allan pointed out

“But in terms of reinvention, we’re always looking at new technology, formats or platforms when it comes to writing or recording new music,” Allan said. “We listen to new artists who are prominent today, but the flavor of True Faith will always be there.”

“We continue to create music because we believe we have more to offer. We have to be dynamic, so the music doesn’t go stale… We still want to show that we still have it,” Medwin added.

The six-track “11” features the nostalgic “Dyahe,” the electropop-inspired “Your Ready Smile,” the new-wave-flavored “Refriend,” the ’90s throwback “Muli” which talks about the simpler days, the midtempo “Tulala” and the party ditty “Go Ka Na.”

Does Medwin think that a 1980s and 1990s-inspired album will resonate with younger audiences? “Kids listen to a lot of ’80s and ’90s music these days, because that’s when the electronic sound and synths that are popular now first boomed. Many bands today are influenced by ’80s and ’90s acts and they derive inspiration from them,” Medwin said adding that they don’t specifically target young listeners when they’re creating new material.

“We listen to whatever young people are into these days. And I think the new stuff from young artists seep into our craft when we do our music,” Medwin said.

Asked what were some of the important lessons he has learned from True Faiths’ 30 years in music, Medwin said: “A lot of shifts or changes happen suddenly in the industry. You have to learn how to adjust and not take things personally. And it’s about how you react to the problems and escaping them unscatched.” INQ