What sets XOXO apart from other P-pop groups 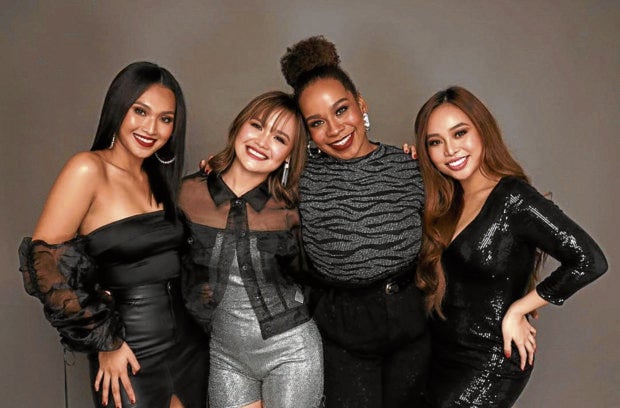 One of the biggest hurdles the pop girl group XOXO faced during its debut season two years ago was releasing its first single amid the COVID-19 pandemic.

Promotional opportunities were affected. And because of the lockdown, the four members—Riel Lomadilla, Lyra Micolob, Mel Caluag and Dani Ozaraga—couldn’t get together to rehearse or do other activities that will help them work in unity.

“Workshops got postponed. Projects were canceled. We were unable to rehearse regularly because you can’t really practice through Zoom. We felt like the pandemic held us back when we should already be moving forward,” Riel said in a recent video conference for XOXO’s sophomore single, “My Miracle.”

But now that the live music scene is starting to open up, the girls hope they can finally recover lost momentum. “When we released our first single (“XOXO”) it was in the middle of a pandemic, so everything was done via Zoom—promotion and all. So we weren’t able to perform its full potential,” said Lyra, adding that the group’s comeback feels like a “fresh start.”

“Now, things are getting better. We missed each other and we missed performing and taking part in different events outside. We’re so happy that we’re here again to present our second single. After this song, I hope that guest appearances and promotional events continue to come in,” she added. “We still have a lot to offer as a group. We have a lot to prove.”

Dani, on the other hand, admitted that she feels a bit of pressure, knowing that the P-Pop scene is booming and they have to catch up. “I’m having mixed emotions right now. Of course we’re very happy that we’re back on track, but there’s also pressure that the P-Pop scene is booming and we want to show more of XOXO,” she said. “We want to contribute to the scene, too.”

Asked what they think will help XOXO set itself apart from other groups, Dani said it’s the diversity of their talents. “We all have different personalities, looks and vocal timbres. And we also want to continue coming out with original songs.”

Their latest song, “My Miracle,” is an inspirational ballad, which aims to showcase their harmonization skills. “This is a slow song, so we wanted to emphasize the emotions. We will harmonize because we have different types of voices,” she said of her group mates. “This song is about rising up despite all the things that happened to us these past few years. There’s something positive amid the darkness happening in our lives.”

The message of the single resonates with the four singers, who believe that every moment is a miracle that should be cherished.

“I feel like all the hardships and trials led us to this moment… our comeback. We didn’t expect that this would happen. We were just yearning for this. Now it’s finally happening… It’s not every day artists like us are given opportunities like this,” Riel said. “Despite the storms and hardships, I’m still here fighting, standing up for what I believe in, which is our talent group.”

“I believe that the struggles we face are there to prepare us for the blessings that await us,” Lyra said.

Though Riel and Lyra were able to pursue acting projects amid the pandemic, they said XOXO remains their biggest priority. “We support each other in getting opportunities to showcase our talents… I think you can still do solo efforts while staying in the group,” said Lyra, who appeared in “The World Between Us.”

Riel, who was part of the “First Lady” cast, added: “We’re a girl group and our loyalty and priority is the group. Even if there are acting jobs, we just adjust and compromise.” INQ