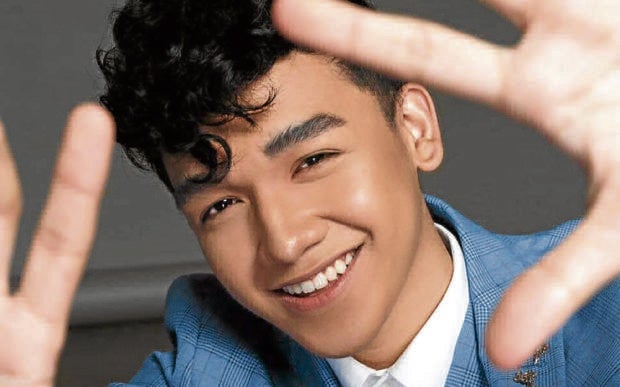 As his family’s breadwinner, newbie singer-songwriter Psalms David found himself at a loss when the COVID-19 pandemic hit and put his livelihood on hold.

“It was so difficult, especially as a breadwinner. I was clueless; I didn’t know what to do. What would happen to my work? Things were uncertain. I had to adjust … Thankfully, I was able to eventually adapt. I would like to believe that I have a strong personality, which helped me deal with the hardships,” he said in a recent virtual conference.

All his fears and worries took a toll on his mental health. And in that difficult period, he turned to songwriting for respite. The result was his third single, “Kaulayaw” (GMA Music), which talks about close and constant companionship. Though the Tagalog word is typically associated with romance, it doesn’t always have to be.

“It was written at a time when I was adjusting to life amid the pandemic. My mental health wasn’t stable so I decided to write a song for myself. It became my companion of sorts. And the song gave me comfort … I’m glad I get to finally share it with everyone,” said Psalms, who was a finalist in the first season of the talent search “The Clash.”

While “Kaulayaw” was written more than two years ago, he only came up with the title this year, after GMA Music approved that song for further production and release. “I actually submitted two songs. I thought they would choose the English song because it was ready to go. The demo of ‘Kaulayaw’ was raw and laidback, but they saw potential in it,” he related.

“With additional arrangements, it ended up sounding like my musical influences,” added Psalms, who cited such acts as Lauv, LANY and Troye Sivan as some of his contemporary favorites.

One thing he learned from his ordeal is that sometimes, there’s beauty in uncertainty. “Despite everything, at least I’m still blessed to have my family with me. I’m surrounded with good people and I’m blessed to have them. They’re a huge help to me during the challenging times,” he said.

And if he can give a piece of advice to other young people dealing with anxiety, it’s to always remember that “you don’t have to go through these hardships alone.” “We’re not designed to be alone. That’s why we have parents and friends. God can use music and songs to inspire us. Be grateful for the little things because they add up,” he said.

“With everything happening around us, I hope my music can become a source of comfort,” he added.

The 20-year-old Kapuso talent said he still has a lot to learn and experience to achieve his dreams in show biz. But he’s determined to keep honing his craft. “I have a lot to fine-tune in my singing. I will keep working on my voice. I’m still young, so I can still improve my tone,” he pointed out.

His dream collaboration, Psalms related, would involve “Idol Philippines” winner Zephanie, who transferred to GMA 7 this year. “I have been wanting to work with her for the longest time. I admire her vocals and personality and the quality of her tone. When I learned that she will be in GMA, I was one of the people who was most happy.”

Acting is something he has always dabbled in the past few years. While music is his priority, he wouldn’t turn down a good acting project. “I’m glad that some of my fans want me to do more acting. I have fallen in love with that field and I want to show what I have been learning at my workshops for the past three years,” he said.

“I have been putting in the effort, commitment and dedication. I hope I get the chance to do an acting project again,” said Psalms, who previously appeared in the romantic series “Stories from the Heart: Love on Air.” “I would like to do a show with Kuya Ken Chan. He’s a very good actor, and it would be an honor to work with him.” INQ