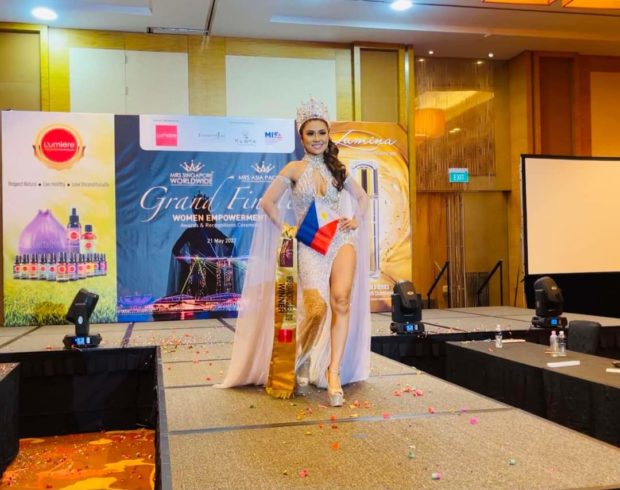 MANILA, Philippines — When Avon Morales bagged for the Philippines its first Mrs. Asia Pacific Global crown in 2019, she never thought that it would take her three long years to pass her title. She was set to crown her successor in 2020 but the COVID-19 pandemic sidelined the pageant’s staging.

“Honestly, I never thought that my reign would be extended. It never occurred to me especially that the pandemic hit us by surprise and consumed us for two years and more,” Morales told the Inquirer in an interview.

She said her focus had been on empathizing with and “extending help to those who had been hit terribly.” She also made sure to inspire her family and her colleagues to navigate through the lockdown and quarantine. And even when her pageant had been postponed for two years, Morales felt she will eventually have her moment to bid a formal farewell to her title, and crown her successor.

“I have always believed that the crown has the power to inspire people because it symbolizes empowerment, advocacy, strength, responsibility and leadership,” she said, adding that she believes another woman is destined to wield the crown’s power and complement her advocacies.

While waiting for her successor, Morales went about with her “life purpose” and even intensified her efforts during the pandemic. She donated clothes, food, medicine, personal protective equipment, and even funds to various foundations, organizations and groups.

“I also offered the most powerful weapon — prayer. I helped as much as I could,” she continued.

For Morales, the pandemic had a transformative power.

“As a queen who is in the position of leadership and responsibility, I need to keep innovating. I need to keep evolving. I have to do innovative ways of inspiring and connecting people to keep the morale and productivity up. I also realized that the pandemic has been a chance to take a step back and to get more joy and appreciation out of small things,” Morales shared.

And after going through a lot, and accomplishing many things during her extended reign, the Filipino queen was finally able to turn over her Mrs. Asia Pacific Global crown to Korea’s So Yeah during the ceremonies staged in Singapore last month. 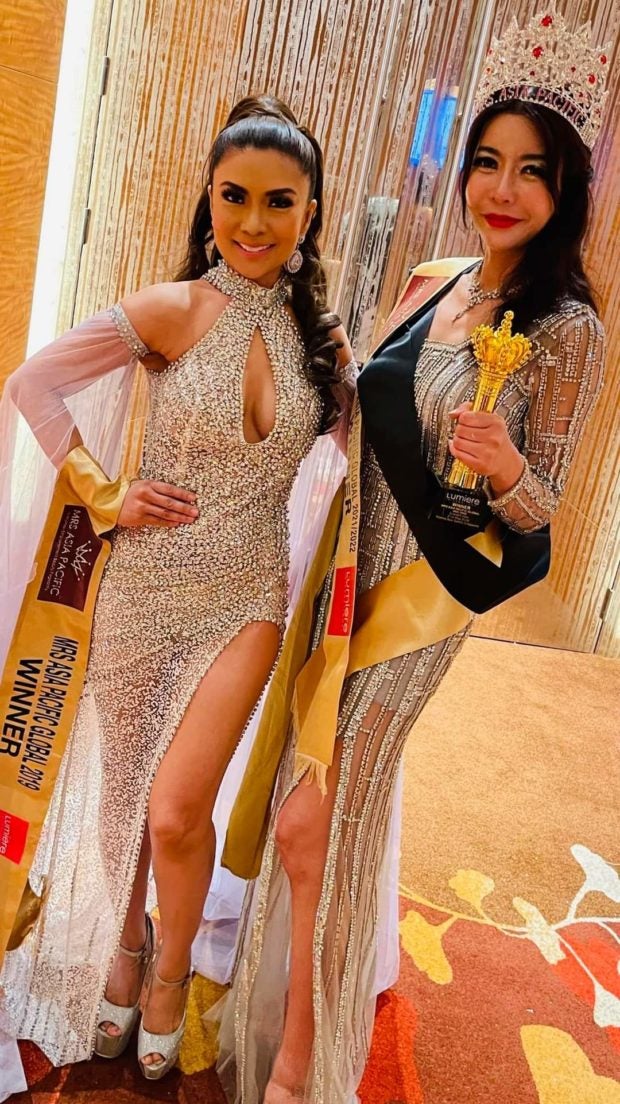 “I pray that she focuses on something greater beyond just wearing the crown and the sash. I wish that she’s grounded with her life purpose. I want her to enjoy every moment of the journey, as she takes hold of her responsibilities,” Morales said. “I hope for her to prove to the world that she is more than the face, hair or body. She is a voice, a force who can do great things.”

The queens’ national director Mitzie Go-Gil, chief executive officer of the Queen of Hearts Foundation, received the Asia Most Inspirational Woman of the Year award from Lumiere International, organizer of the Mrs. Asia Pacific pageant. JB