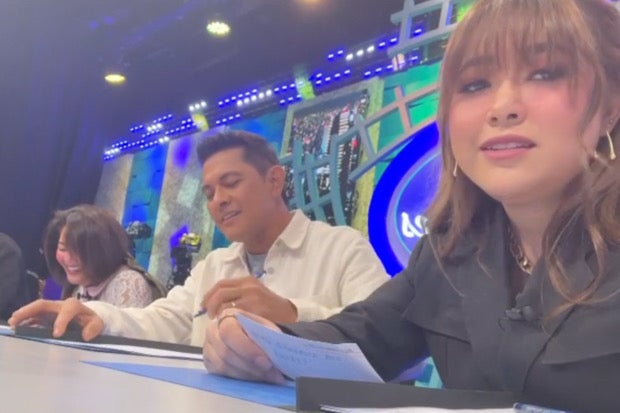 Valenciano, Velasquez and Dela Torre were sitting beside each other at the set of the reality singing competition when Dela Torre started to sing, as seen on her Instagram page yesterday, June 26. Valenciano and Velasquez then followed Dela Torre by singing the same line in varying tones.

While the three of them were singing, Miranda, who was also sitting beside them, shook his head and eventually broke into laughs after hearing a few lines. After their song, the show judges laughed at each other while the staff cheered for them.