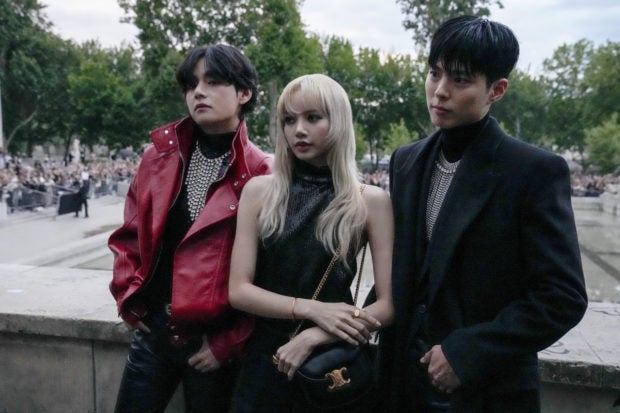 K-pop stars V of BTS, Lisa of BLACKPINK and Park Bo-gum attend a fashion show in Paris on Sunday. Image: Associated Press via The Korea Herald

BTS member V has visited Paris in an apparent move to start his individual activities after the K-pop boyband announced a plan to take a collective break.

According to industry sources Monday, V, also known as Kim Tae-hyung, is on a trip to France for a fashion show on the invitation of designer Hedi Slimane for Celine.

V attended the fashion show at the Palais de Tokyo, together with Korean actor Park Bo-gum and Lisa of K-pop girl group BLACKPINK.

He shared photos of his activities in Paris on social media.

It is V’s first individual public appearance since BTS decided to put group activities on hold and focus on solo projects two weeks ago.

Rock-around-Bangkok: Thai air guitar contestants give their all