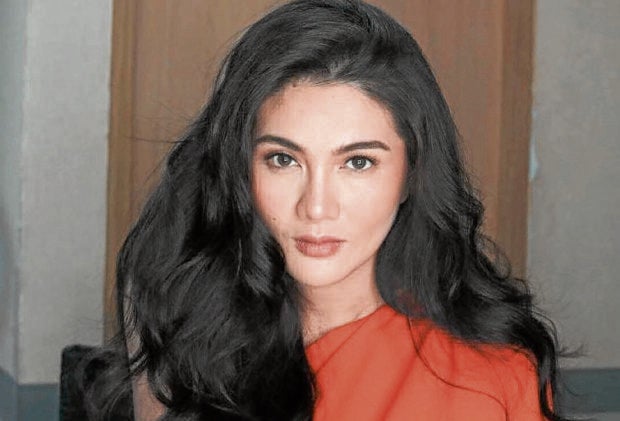 Actress Dimples Romana, who gave birth to her third child on Friday, said she has no plan of taking a break from show business once the baby arrives.

“Even though I want to encourage working moms like me to take a long break after giving birth, I would be lying to you if I told you I’d do just that. My body and mind just don’t seem to want to entertain the idea of resting,” Dimples told reporters during a virtual launch organized by the private drugstore chain Generika, which got the actress as the new face of its “Ginhawa Generika” campaign.

Inquirer Entertainment went to press with this article shortly before Dimples gave birth.

“We have a lot of financial responsibilities, especially now that Ate Callie (her eldest child) is in Australia and is studying aviation. She will become a pilot in two years,” Dimples announced. “Also, my responsibilities as a mom is divided into three. I have a teenager (Callie), a grade-schooler (Alonzo), and a newborn (Elio). Even though I want to focus on being a mom to my newborn, just like many moms out there, what I will do is one of the most excruciating sacrifices. If you have more than one child, you will have to wear different kinds of hats as a mom.”

Dimples said “rest” for her will most likely last for “a few weeks, just so I could recover and spend time with Elio. I really have to get back to work to make sure our family will be provided for—of course, Papa B (Boyet Ahmee, her husband) and I are a tag team.”

The 37-year-old said she welcomed the news of a third child with open arms. However, she admitted to feeling “very afraid” because of the pregnancy. “This is because I already know a lot of things from my first and second pregnancies. Sometimes, the more you know, the more scared you are; but I find comfort in knowing that a lot of people are willing to help me out,” she pointed out.

As to whether Alonzo has already accepted the fact that he now has a baby brother, Dimples said: “He’s actually very excited. He once told me, ‘Mommy, I want Baby Elio to look like me.’ Before I left the house, he said, ‘Mommy, take care of Baby Elio today for me, OK? Make sure you don’t get stressed so that my brother will not be stressed, too.’ It’s a blessing for a mom like me to have children who actually get along with one another.” 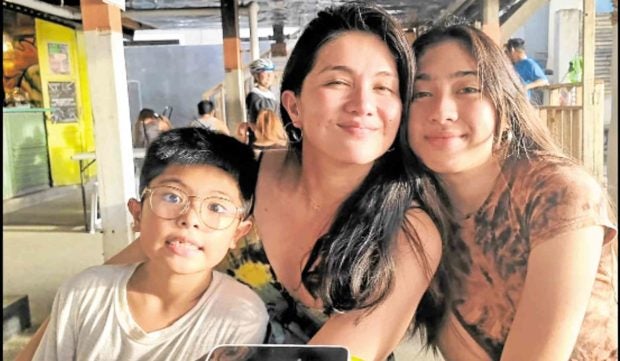 She then shared her thoughts on allowing Callie to live on her own in Australia. “She flew home recently and stayed for two weeks because our family had to shoot for a TV commercial. I’m very grateful because if not for that, she wouldn’t have gone home,” Dimples began.

“She told me and her dad the many beautiful stories of her stay there. Imagine, she is in an area where she doesn’t know anyone. We have no relatives there,” she said. “Eventually, we would have to let them (their kids) go with the hope that we have taught them well enough about life to survive out there. We want to let them grow their own wings. In the case of my daughter, she will literally have her own wings because she will be flying airplanes in less than two years.”

When asked to share her secret to a successful 19-year marriage to Boyet, Dimples replied: “We never looked at our marriage as a perfect one. I think that’s the key—never have unrealistic expectations of your spouses. You are always bound to make mistakes, to change as individuals.”

Dimples added: “In fact, it is encouraged that couples change—this is a natural thing. You are supposed to change for the better. If you’re looking at forever in relation to marriage, then change should be looked upon as something positive.” 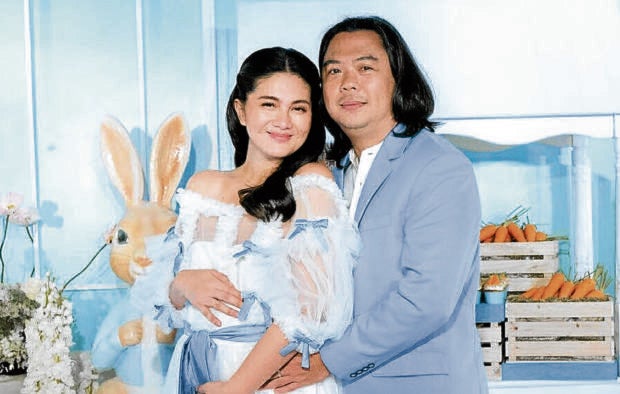 On her secret to lasting in show biz for 25 years, the actress said: “It’s really respect for your coworkers and for yourself. I grew up in this industry, and so I was able to observe that if you want a long, steady, happy, fruitful and fulfilling career, you should treat everyone around you respectfully.

“I’m blessed not only with good and worthwhile projects but also with a lot of good friends. This is why it’s hard for me to believe what others say that it’s hard to find true friends in show biz,” she beamed. INQ