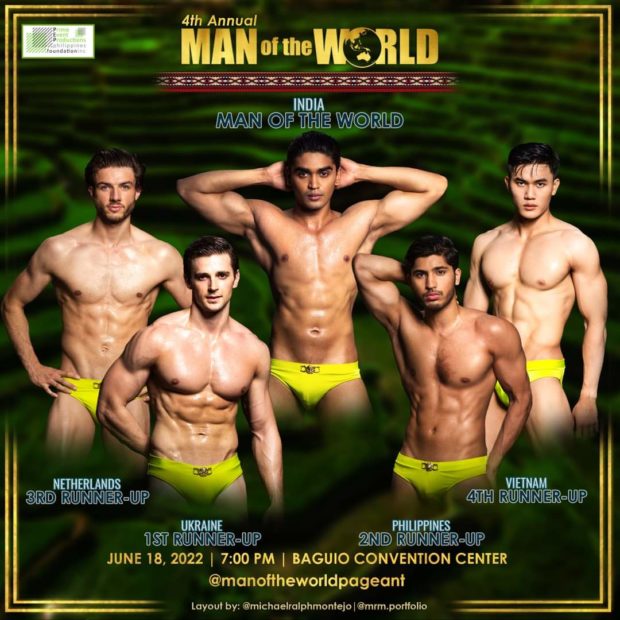 Aditya Khurana of India (center) is the first winner from his country. With him in this composite image are his runners-up (from left) Tjardo Vollema, Vladimir Grand, Nadim Elzein, and Nguyen Huu Anh. Image: Facebook/Man of the World

MANILA, Philippines — Three Asian delegates advanced to the final round of competition at the Man of the World pageant, including eventual winner Aditya Khurana of India who inherited the title from Jinkyu Kim of Korea.

Khurana, the first Indian man to bag the crown, bested 21 other aspirants in ceremonies staged at the Baguio Convention Center on June 18 and concluded early morning of June 19. Most of the activities were conducted in the Cordilleras.

Heavy favorites Vladimir Grand from Ukraine and Tjardo Vollema from the Netherlands settled for the first runner-up and third runner-up spots, respectively.

Khurana was also proclaimed Sine Cordillera Film Ambassador by this year’s producer, Cordillera-based Ray-Casa Group, which has been mounting films exploring the culture, heritage and stories in Baguio and neighboring provinces. 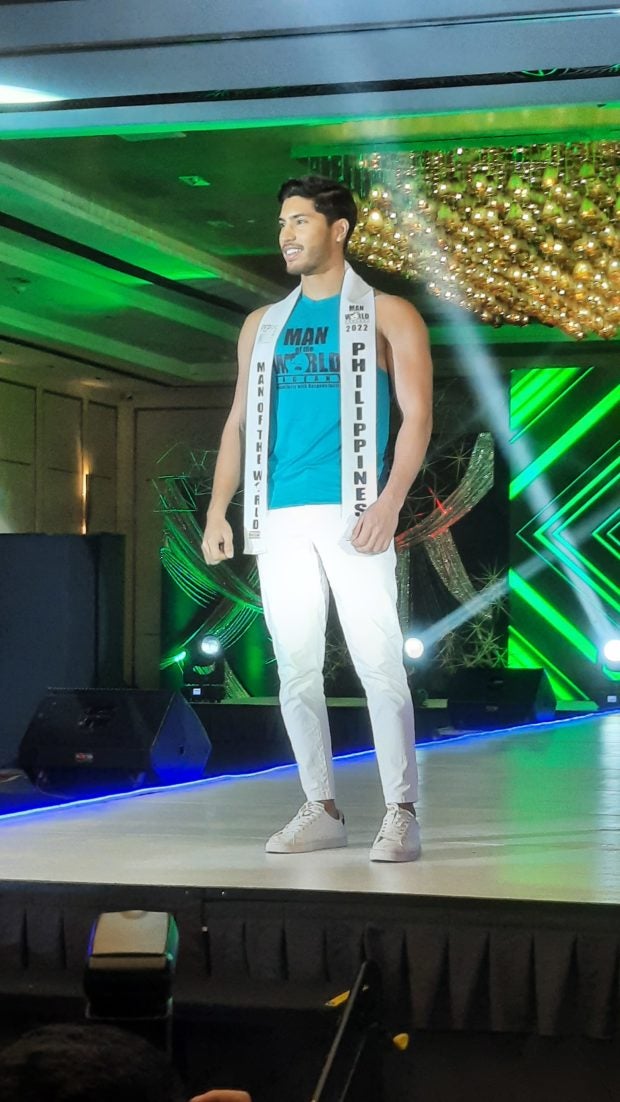 Nadim Elzein of the Philippines finishes third in the Man of the World pageant. Image: Philippine Daily Inquirer/Armin P. Adina

Elzein, meanwhile was voted by his fellow delegates as Mister Congeniality, tied with Spain’s Francis Cervantes for the Best in National Costume Award, and was earlier voted by local scribes as “Press Favorite.” He also placed third in the “Pre-arrival Favorite” selection.

Grand took home the most special citations. He got the second highest number of votes for the Press Favorite poll and topped the Pre-arrival Favorite selection. He was also proclaimed Mister Multimedia, Most Photogenic and Be Unrivaled Productions Ambassador.

The Best in Formal Wear award went to Vollema, who was also proclaimed Holiday Inn Express Man of Travel in an earlier event, and finished third in the press favorite poll. 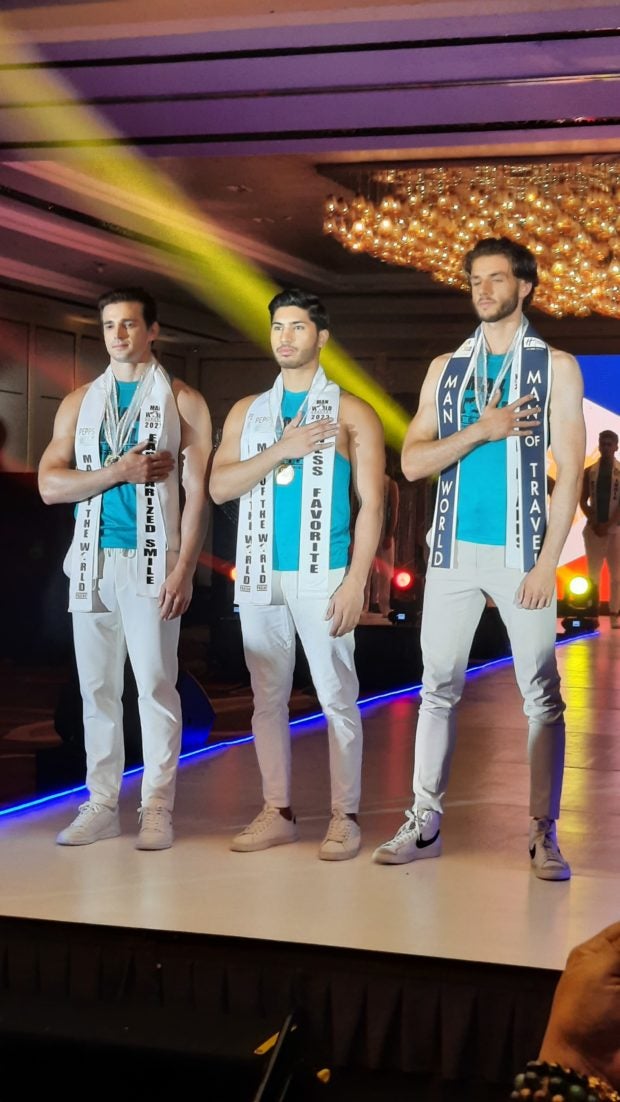 This year’s edition of the Man of the World pageant was mired in controversy earlier when several Cordillerans and Igorots lamented the candidates’ use of bahag during the preliminary swimwear competition. The National Commission on Indigenous Peoples in the Cordillera Administrative Region had also asked this year’s producers to respond to the feedback.

Ray-Casa Group, being a Cordillera-based entity, said they had consulted scholars who explained how the bahag is used for swimming. The company even showed vintage photos of locals with the bahag’s flaps rolled and tucked on the hips, similar to how most of the delegates fashioned their bahags.

The Man of the World pageant is organized by Manila-based Prime Event Productions Philippines (PEPPS) Foundation, which also mounts the annual Misters of Filipinas competition.

No global tilts were conducted in 2020 and 2021 because of the COVID-19 pandemic. The recently concluded contest was the fourth edition. No Filipino has ever bagged the title so far. JB