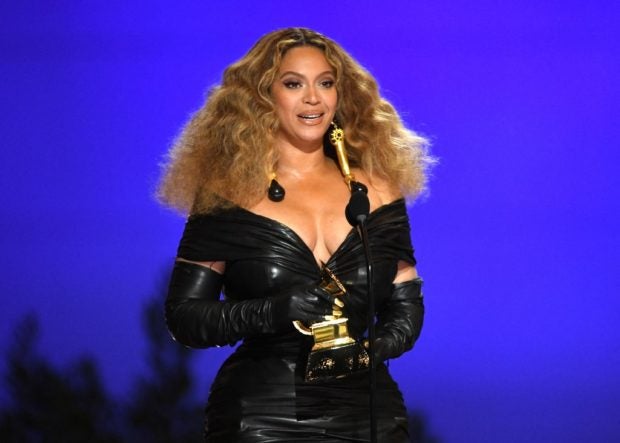 After teasing the internet with days of cryptic hints, Beyonce on Thursday announced the arrival next month of her long-awaited seventh studio album “Renaissance,” the megastar’s first since 2016.

Beyonce’s social media accounts—which last week removed their profile photos, a sure sign that something was up—meanwhile had bios updated to read “act I… RENAISSANCE.”

The blockbuster singer’s website also showed what appeared to be a new solo album available for pre-order, along with “Renaissance”-related merchandise.

Thursday’s news was accompanied by the announcement of a cover shoot with British Vogue that presents Queen B as a retro-futuristic glam club kid. The July 2022 issue is slated to hit newsstands June 21.

“Soaring vocals and fierce beats combine and in a split second I’m transported back to the clubs of my youth,” wrote Edward Enninful, the editor-in-chief of British Vogue who spent time at Beyonce’s Los Angeles home for the story, of the star’s new music. “I want to get up and start throwing moves. It’s music I love to my core.”

“Music that makes you rise, that turns your mind to cultures and subcultures, to our people past and present, music that will unite so many on the dance floor, music that touches your soul,” he added.

Ever the enigmatic curator of her brand, the 40-year-old Beyonce is well-known for her covert album launches, having long ago bucked the standard album promotion machine for the amplifying power of social media.

In 2013 she upended the music industry’s conventional wisdom in releasing her self-titled album out of the blue—to resounding success.

And in 2016 she dropped a teaser of 2016’s seminal work “Lemonade” just one week before it came out.

It’s been six years since that visual album broke the internet. Since then, Beyonce’s endeavors have included collaborating with Jay-Z on 2018’s “Everything Is Love.”

The following year she released “Homecoming,” a live album and film, which featured footage of her mythic performance at Coachella in 2018, considered among the festival circuit’s most iconic sets.

Her critically praised song “Black Parade”—which dropped amid mass protests ignited by the police murder of George Floyd—won Beyonce her 28th Grammy, making her the most awarded woman ever at the music industry’s top awards gala, and its most decorated singer.

That song was eventually added to 2019’s “The Lion King: The Gift,” a companion album to the Disney remake of the film that Beyonce contributed to and curated.

In an interview in August 2021 with Harper’s Bazaar, Beyonce suggested new music was on the way and hinted at her forthcoming album’s title, saying that “I feel a renaissance emerging.”

“I’ve been in the studio for a year and a half,” she said at the time. “Sometimes it takes a year for me to personally search through thousands of sounds to find just the right kick or snare. One chorus can have up to 200 stacked harmonies.”

“Still, there’s nothing like the amount of love, passion, and healing that I feel in the recording studio. After 31 years, it feels just as exciting as it did when I was nine years old,” the star continued. “Yes, the music is coming!” DC