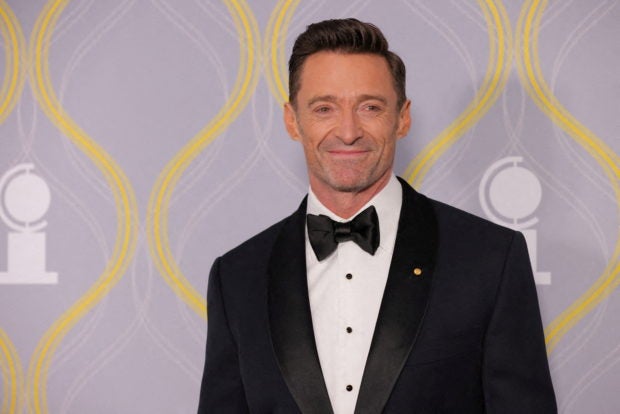 LONDON — Hugh Jackman has had to back out of performing in Broadway show “The Music Man” for the next week after he tested positive for COVID-19 a second time.

The Australian star, 53, posted a video message on his Twitter page late on Monday. The news came a day after the “X-Men” and “The Greatest Showman” actor performed at the Tony Awards.

“I wanted you guys to hear it from me first that unfortunately this morning I have frustratingly tested positive for COVID again,” said Jackman, who plays con man Harold Hill in the musical revival.

“So my incredible standby Max Clayton is going to go on for me. Max and I have been working together on this show for over two years,” he added. “I can tell you from being in the room with him and from experience he’s absolutely extraordinary so I’m just frustrated that I won’t get to see him and cheer him on.”

I’ve frustratingly tested positive for Covid. Again. My standby, the amazingly talented Max Clayton will step in for me. Maxi and all the standbys, swings  and understudies around the world, you are the true heroes of theater. You give life to the saying “the show must go on”. pic.twitter.com/GpwtreWqX0

“This is another reminder to me… that the real heroes of Broadway are our standbys, our understudies and swings and never has that been more obvious than in the past year,” Jackman said. “They give meaning to the phrase ‘The show must go on’ and it will go on and it will be amazing.”

Our spectacular standby, Max Clayton, steps into the role of Harold Hill beginning Tuesday, June 14. Hugh Jackman will return to the Winter Garden Theatre on Wednesday, June 22. Max, you better grab your Harold Hill suitcase and get on the next train to River City! pic.twitter.com/uXCw5P7kAE