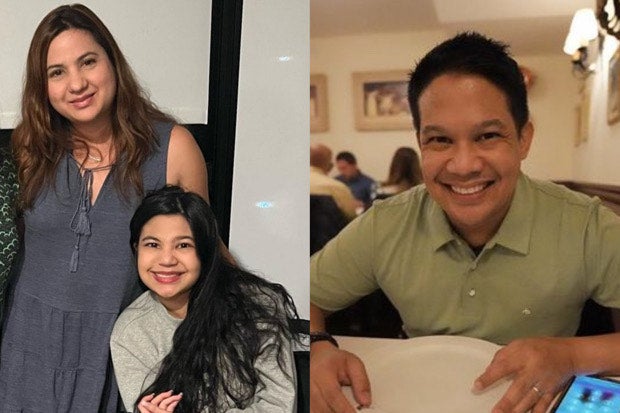 Former actress Bunny Paras spoke about the condition of Moira, her daughter with Mo Twister, and revealed that the radio personality exerted “no effort” to support her. Moira is a person with disability.

Moira suffered from Friedreich ataxia which affected her ability to walk. According to the Genetic and Rare Diseases Information Center, Friedreich ataxia is an “inherited condition that affects the nervous system and causes movement problems.”

Paras recounted the few times Mo Twister spent time with their daughter, after she was asked about his participation in parenting their child, in an exclusive interview with comedian Ogie Diaz, as seen on his YouTube channel yesterday, June 13.

(I did not see [him exert] effort. These occasions were very few, if there are any. He could have participated if he wanted to but I did not see his effort.)

Paras said that she reached out and asked for help from Mo Twister “so many times,” but was only given financial help by his mother during special occasions. She also spoke about having “mixed emotions” on Mo Twister’s affection towards their daughter as he was not “consistent” in being a father to Moira.

([I was like] ghosted, unnoticed — he did not reach out to me. Make the kid feel like she is part of his immediate family — that is what I wanted to see.)

(If he is angry with me, he should not get Moira involved with it. He should love her. I do not know what goes on in his mind because it is not hard to love your own child. He shares the same blood with her.)

Paras then talked about her relationship with her daughter and how Moira has been her source of strength despite her disability.

“I’m just worried for the future but she makes me strong, Moira does,” she told Diaz. “‘Pag nakikita ko siya mas kinakaya ko kahit na I know half of me ay nasasaktan for her.” (Whenever I see her, I get to power through even when I know half of me is hurting for her.)

Meanwhile, Mo Twister is married to his fellow DJ Angelicopter, and they share two kids together, Lucas and Amsterdam. JB