Scene from “Lightyear”—PHOTOS COURTESY OF DISNEY/PIXAR

Creating and helming a spinoff to Disney and Pixar’s groundbreaking “Toy Story” film series could be a daunting task for any director. After all, this is the only movie franchise we know that has consistently endeared itself to critics and moviegoers alike.

In fact, each of “Toy Story” (1995) and “Toy Story 2” (1999) had earned a 100-percent approval rating on Rotten Tomatoes. And just when we thought Pixar’s think tank would eventually run out of steam and experience a storytelling slump, out came “Toy Story 3” (2010) and “Toy Story 4” (2019) earning similarly prodigious 98-percent and 97-percent fresh ratings, respectively, on the review aggregator website. 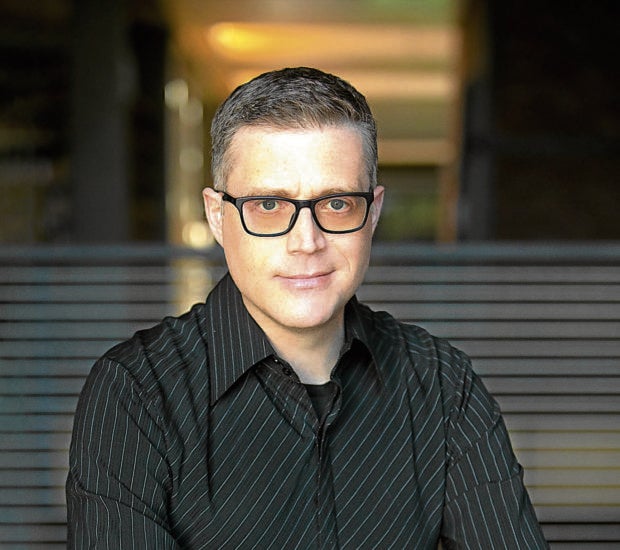 Luckily, director and coscreenwriter Angus MacLane is no slouch at what he does. He codirected “Finding Dory,” and will be making his splashy solo directorial debut with “Lightyear.”

To manage viewers’ expectations, we should mention this early that Pixar’s eagerly anticipated film “Lightyear,” while inspired by the very first feature-length film to be made using computer-generated imagery entirely, isn’t really a sequel. It is the origin story of the Space Ranger character that inspired the Buzz Lightyear toy/action figure.

“Lightyear,” which will open in Philippine cinemas on Wednesday, tells the story of young astronaut Buzz Lightyear (voiced by Chris Evans of “Captain America”) after he finds himself marooned on a hostile planet 4.2 million lightyears away from Earth. 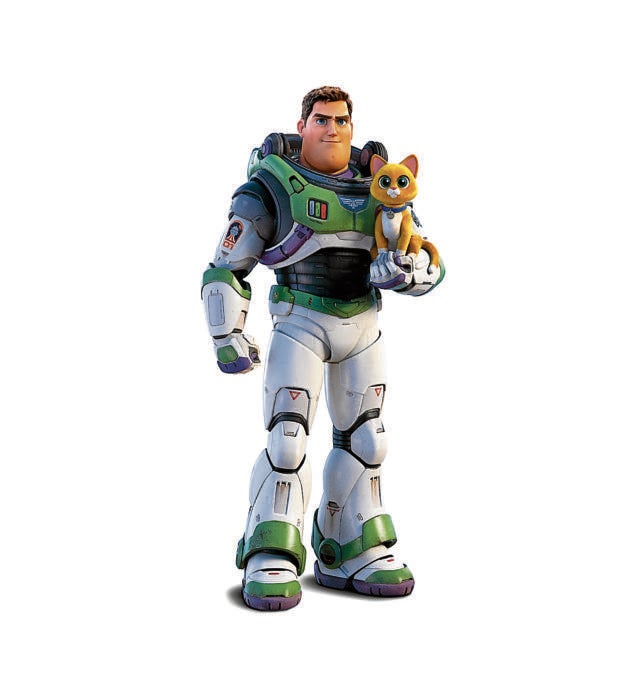 Stuck on an alien planet with his best friend-cum-commanding officer Alisha Hawthorne (Uzo Aduba) and their crew, Buzz—with robotic-cat companion Sox (Peter Sohn) in tow—tries to find a way back home through space and time, while also confronting a threat to the universe’s safety. 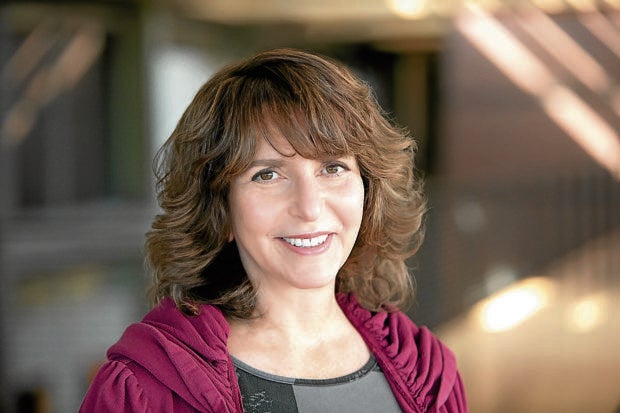 When we interviewed Angus and producer Galyn Susman (“Toy Story 4”) for this two-on-one chat, we asked them if they felt the pressure to “get it right” and live up to the standards set by the critically acclaimed animated films that inspired “Lightyear.”

“It’s not so much about getting it right, but definitely not to disappoint,” Galyn said. “So it was more about telling a great story where people would say, “OK, maybe that’s not what I thought Buzz Lightyear was about, but boy, I am glad they thought about that—because that was fun!”

Angus agreed, “You know, we spent so much time thinking about what this universe might be. Everyone has a different opinion about what Buzz’s story would be, and we had to be definitive about it. But to do that, we had to make a lot of choices.

“So, I’m very proud of what we did, and I’m really excited about making it something that you pictured exactly, but at the same time, it’s what you wouldn’t expect from it that would still make it feel awesome.”

In our separate one-on-one interview director of photography Jeremy Lasky (“WALL-E,” “Cars,” “Finding Nemo”) said, “I actually didn’t feel daunted by it—and you can’t, because otherwise, you’ll just be paralyzed and you’re never going to do anything anymore. I mean, we set out to make this movie intending to make the best movie we can.

“Everyone in the audience is going to come into this film with different expectations for what a Buzz Lightyear film should be. But you can’t possibly make a film that will hit 100 percent of those expectations and still have it be a good film.

“So we can tell this story and hope that we’re doing right by the character, and that we aren’t just giving people what they’re expecting, but surprising them with a film that they couldn’t have imagined with a character that they love, but this time, love him a different way. That’s the best we can do.” 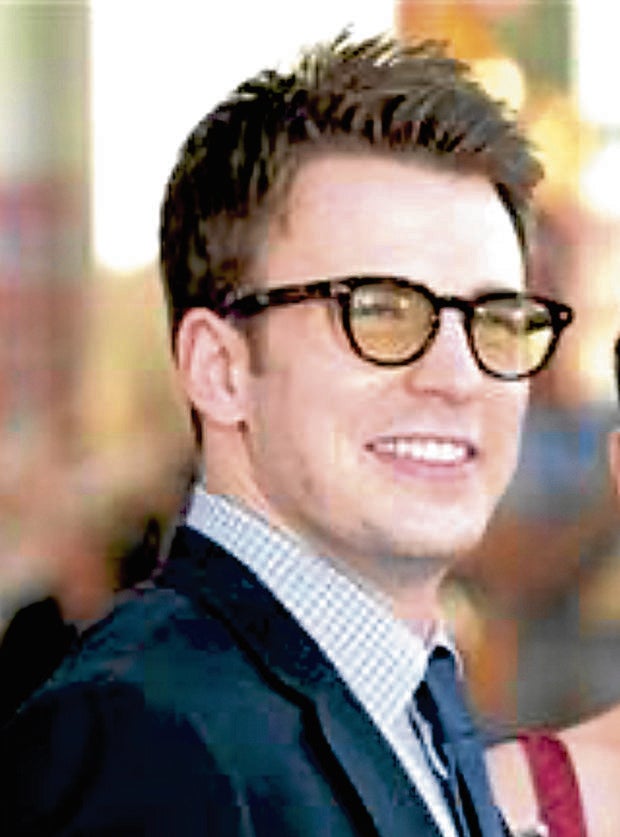 Our Q&A with Angus, Galyn and Jeremy:

The footage I’ve seen has a lot of unique elements going for it. But portions of the movie, which shows Buzz getting stuck in time-lapse moments, reminded me of Captain America. It’s one of the film’s most moving sequences. Is that one of the reasons why you got Chris Evans, who became a superstar after he began playing Captain America in the MCU movies? What do you think does Chris bring to the character?

Angus: Chris was not really tapped because of his connection to “Captain America,” another sci-fi character who’s stuck out of his time, like a Rip Van Winkle story—that’s actually just a coincidence.

But having Chris in the film supports the idea of what’s valuable about having a character who is heroic, pure-hearted, innocent and comedic in a way that isn’t a detriment to the character his playing. While he’s able to find the humor in such a role, he’s also this big, strong, heroic character.

Chris finds the frailty and the humanity of that role so well, not only in his “Captain America” movies, but also in his other films. That’s what really drew us to Chris lending his voice to a different Buzz Lightyear—the character itself, not the toy. It was a very important distinction that we wanted to make for this film.

What do you wish viewers to take away from the film?

Angus: There are certainly dramatic and comedic elements to the film that are all very poignant and hilarious, respectively. But the end result I want is for viewers to be excited about the film after having just seen it. I want them to go, “That was awesome!”

I want the sense of excitement in the theater to replicate the feelings that I had as a child after having seen older sci-fi films and having a sense of invigoration just from the experience of watching a movie.

In terms of visual storytelling, in what way is animation better than live action?

Jeremy: That’s a trick question, isn’t it? I don’t think it’s better; I just think it’s different. I can tell you that there are animated films or live-action films that I love. Sometimes for similar reasons, and sometimes for entirely different reasons.

For me, animation is a medium, like anything else. I know this gets said a lot, but animation can be anything we want it to be, especially in this past year, when animation has gone to all of these different places. They’re telling radically different stories from what you would expect from an animated film.

You know, when most people think about animated films, they imagine there’s a bunch of characters that are going to sing, and there’s going to be funny sidekicks and a happy ending. And, just like in live action, that isn’t always the case.

Obviously, there are so many flavors in filmmaking. So I think animation is a beautiful medium to tell a story, visually. It gives you so many different ways to push things, with so many different areas to explore—which is exactly why I’m in animation.

And I am really proud that I work in a studio that doesn’t put out films that feel the same. You can watch “Lightyear” and “Turning Red,” both produced by Disney/Pixar in the same year.

What was most challenging for you throughout the whole process?

Angus: You really don’t have that much running time to tell an epic story. And you don’t have infinite resources. You know you need to make a movie that feels big, but that it’s also manageable within the production process.

Galyn: Definitely, it was figuring out how to get 300 people to work on one thing over Zoom during a pandemic. That was pretty challenging!