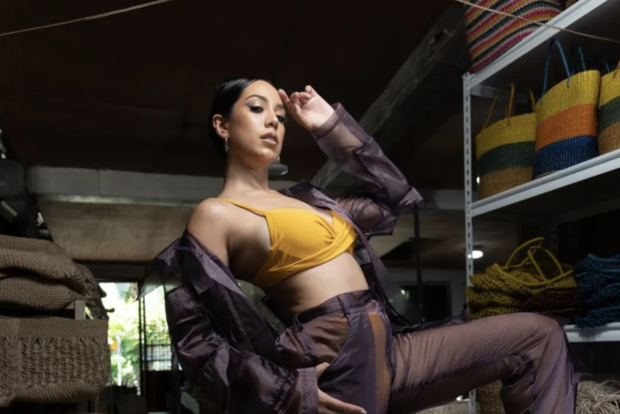 Miss World Philippines candidate Paula Ortega lamented the struggles she faced during the beauty pageant’s question-and-answer portion, wherein she was asked how she would “console” commuting Filipinos.

Ortega, who represented Albay in the pageant last Sunday, June 5, was asked by judge, actor David Licauco, how she would “console the Filipino commuting public” that there is a “silver lining to traffic problems.”

She responded by saying the Philippines should address traffic problems by “using more sustainable transportation,” among others.

Ortega then admitted that, at the time, she and her fellow candidates were unable to hear anything from their positions onstage, as per her statement on her Instagram page yesterday, June 7. She also cited an instance when she mistakenly tried to walk to the front of the stage because she had misheard her number being called.

“We, the candidates, seriously couldn’t hear a thing onstage. From the opening dance, where I could dance thanks to the beat, from the announcement of the specials awards,” Ortega said.

“When he said the question, I could only understand ‘Metro Manila’ and ‘silver lining.’ That is why I had to ask to repeat it but failed to understand it,” she added.

Ortega noted that one of the pageant’s hosts, Miss World Philippines 2018 Katarina Rodriguez, was just able to relay the word “traffic” to her, which led her to her answer.

She also confessed that she struggled in the first round of question and answer, though she read the lips of the pageant’s host, Miss World Philippines 2017 Laura Lehmann, and “still just got some words.”

“I just wish I wasn’t that nervous but asking to repeat the question twice didn’t help me at all to answer. I would have addressed it like this: There is no silver lining in our traffic,” she said. “It is about time we stop romanticizing our problems and act into it. I would encourage people to use more of the (improved) public transportation, advocate for economic help for our dear jeepney riders as well as investing to improve our MRT service so we reduce the number of cars in Metro Manila and consequently reducing our carbon footprint in the Philippines.”

Ortega also stressed that climate change is real and everyone should work together in saving the Earth.

Ortega made it to Miss World Philippines’ top 11 but failed to advance further in the competition. Despite this, she is “tremendously grateful” for her experience in the pageant, describing it as “hectic but fun.”