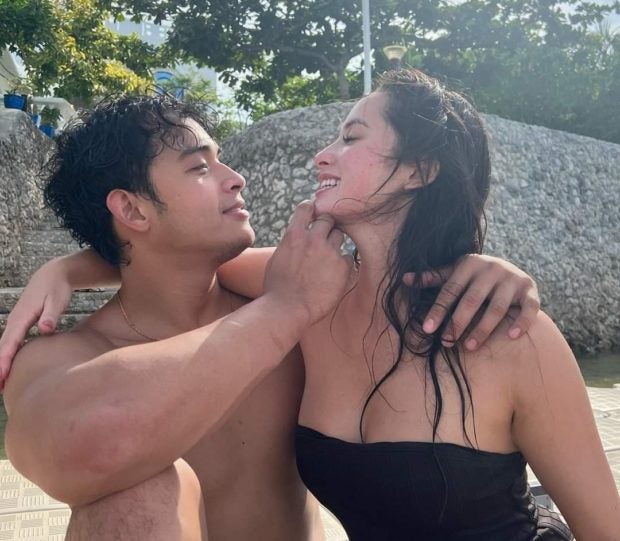 Diego Loyzaga confirmed that he and former “Pinoy Big Brother” housemate Franki Russell are dating, stating that the two of them just “clicked” with each other.

The actor made the admission to radio host Rico Robles during the “All Out” segment of Monster Radio RX 93.1, as per its YouTube channel yesterday, June 6.

Loyzaga also explained why he previously said that the two of them were “not a thing.”

“We have known each other [at the time] for ten days, we are not a thing. Who am I to say that — I can’t give a label that we are something,” he said. “Ang kapal naman ng mukha ko na sabihin na, ‘Kami na.’ I mean, I haven’t asked her. But noon ‘yon, iba ngayon.” (It would be bold of me [to assume] and say, “We are together.” I mean, I haven’t asked her [at the time]. But that was before, the situation is different now.)

When asked about their status now, Loyzaga disclosed that they have been seeing each other and that their connection has not stopped ever since they met.

“Well, you know what, I’m a hypocrite. I said I wanted to focus on myself but I guess these things you don’t expect it. It just really comes along,” he stated. “We really did click. So, I would definitely say that right now we’re dating.”

Loyzaga then clarified that he and Russell are not in a relationship yet, but stressed that he looked forward to asking her to be his girlfriend once they achieved their individual goals. Loyzaga also addressed Russell, advising her to “trust her gut” amid people apparently warning her against the actor.

“Basta kung saan ka masaya, masaya rin ako (Whatever makes you happy, I will be happy too),” he said. “She has been true to me since day one and I’m going to continue to be true to her whether as a friend, as a boyfriend or as whatever.”

Speculations that Loyzaga and Russell are in a relationship arose after the latter greeted the actor while showing photos of them together. The post was  deleted by Russell a few minutes after.

Meanwhile, Loyzaga’s breakup with fellow actor Barbie Imperial was confirmed to the public in February. Though they did not disclose the cause of the split, they said that they ended their relationship on good terms.  /ra