Why Beauty Gonzalez wants to leave show biz after 6 years 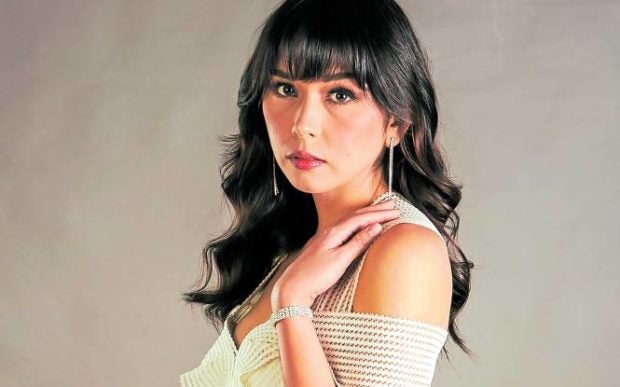 Beauty Gonzalez is giving herself six more years in show biz. After that, she plans to step away from the cameras to devote her time to raising her daughter.

“After giving birth (in 2016), I returned to work when my baby was about 7 months old. And I haven’t really stopped ever since—projects continued to come in. My husband saw that I was enjoying myself. He wanted me to be happy, so he supported me. But I promised myself that I have to be there for my daughter when she reaches her teens,” she said in a virtual conference for the upcoming afternoon series, “The Fake Life,” which airs on GMA 7 starting June 6.

The Kapuso artist is married to art curator Norman Crisologo, with whom she has a daughter named Olivia Ines, who’s now 6. “I usually make it up to her during our trips here and abroad. But in the future, I want to spend as much time as possible with her as she grows into a young lady, because I have been through that stage,” she pointed out.

As such, Beauty wants to make the most of her time in the biz by doing more quality projects. “I’m trying to do my best because I want my last couple of years acting to be something my daughter can be proud of,” she said.

That means being more open to a wider variety of roles—even if it means playing a mother to teenagers at the age of 31. “I don’t really feel awkward. I take it as a challenge. Besides, it’s not my first mother role. Actually, when I did the show ‘Pusong Ligaw’ on ABS- CBN, I played Enzo Pineda’s mother. And he was 2 years older than me!” she said. “It’s just acting. It’s all about how you move and carry yourself.”

In “The Fake Life,” Beauty plays Cindy, wife to her childhood friend and bee farm owner Onats (Ariel). The couple, who have two kids Jaycie (Shanelle Agustin) and Jon Jon (Carlo Dala), seem to be all set in life. Things quickly go south, however, when Cindy’s first love, Mark (Sid Lucero), returns to the Philippines after living in the United States.

Mark pursues Cindy anew—at first in the guise of a business partnership. But soon enough, lies, suppressed feelings and damning secrets about the past surfaces, threatening Cindy’s marriage with Onats.

“The concept of love is what’s fake about her. What she thinks is real love turns out to be something she’s not actually sure about. She wants to love, love, love, but her concept of it isn’t really clear. She’s indecisive; magulo siya. But Cindy loves her kids and will do anything for them. But she also has her own dreams,” Beauty said. “I think many people will be able to relate.”

“When I accept roles, I don’t judge the character. I read the script and try to understand it,” said Beauty, who had her bangs cut to give her character a new look. “I know that some people feel the same as her, but aren’t able to express their feelings… At least they can watch Cindy and go, ‘Ako ‘yan, ah.’ It’s a privilege to play these roles.”

Working with her costars Ariel and Sid, as well as other seasoned actors like Tetchie Agbayani was a little nerve-wracking, Beauty admitted. “I was nervous about my scenes with Sid and Ariel. I had to prepare and give my best,” she said. “When I first met Miss Tetchie, I introduced myself first. And I felt comfortable with her from the get-go. Ang gaan ng usapan. I’m happy I was able to be with someone I can relate to while being away from my family.”

After eight years with her former manager, Arnold Vegafria, Beauty recently switched to Becky Aguila’s management team. “It all went smoothly. We got along well immediately and I felt I’m in good hands. There were no adjustments. I just kept on working. I have an upcoming movie and landed new endorsements,” she related.

With this career move and with her husband’s support, Beauty hopes to make the next six years fruitful. “My husband has always been supportive of my dreams. He knows about my goal of wanting to prove that you don’t have to be stuck in certain roles even if you’re already married and have children. I want to prove that I can still deliver different sides of me through different roles and stories,” she said. “I won’t be able to do that without his support.” INQ