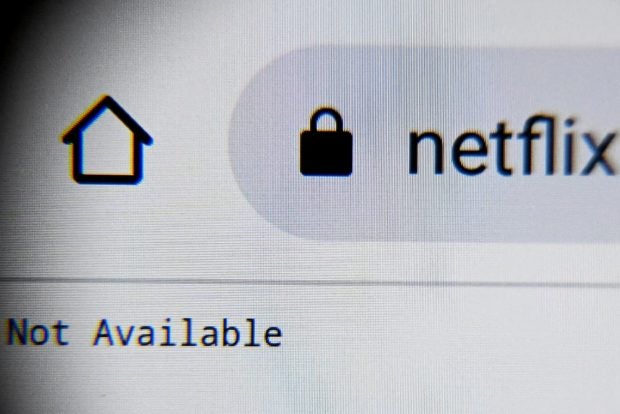 Picture taken on May 30, 2022, in Moscow shows the Netflix web address on a tablet screen. The site and apps were no longer available from May 27 in Russia and a Netflix spokesperson confirmed that subscribers no longer had access. Image: AFP/Kirill Kudryavtsev

Russian subscribers have lost access to streaming giant Netflix in the latest pullout of a Western company over the conflict in Ukraine.

The Netflix site and apps were no longer available from Friday, May 27, and a Netflix spokesperson confirmed that subscribers no longer had access.

“This is the fulfillment of the withdrawal from the Russian market announced in March,” a Netflix spokesperson told Agence France-Presse on Monday, May 30.

The United States-based platform announced in early March that it was withdrawing from Russia after Moscow sent thousands of troops into pro-Western Ukraine.

The spokesperson said the company had waited until the end of the current billing cycle before cutting off customers.

Netflix is the world’s leading streaming platform, with 221.8 million subscribers at the end of 2021, but was a minor player in Russia.

The company said in an April letter to shareholders that it had lost 700,000 paid subscribers as a result of its withdrawal from Russia, blaming the pullout for its first global drop in subscribers in a decade.

Netflix is among a host of foreign companies that have announced the suspension of operations or outright withdrawal from Russia since the launch of Moscow’s campaign in Ukraine on Feb. 24. AP