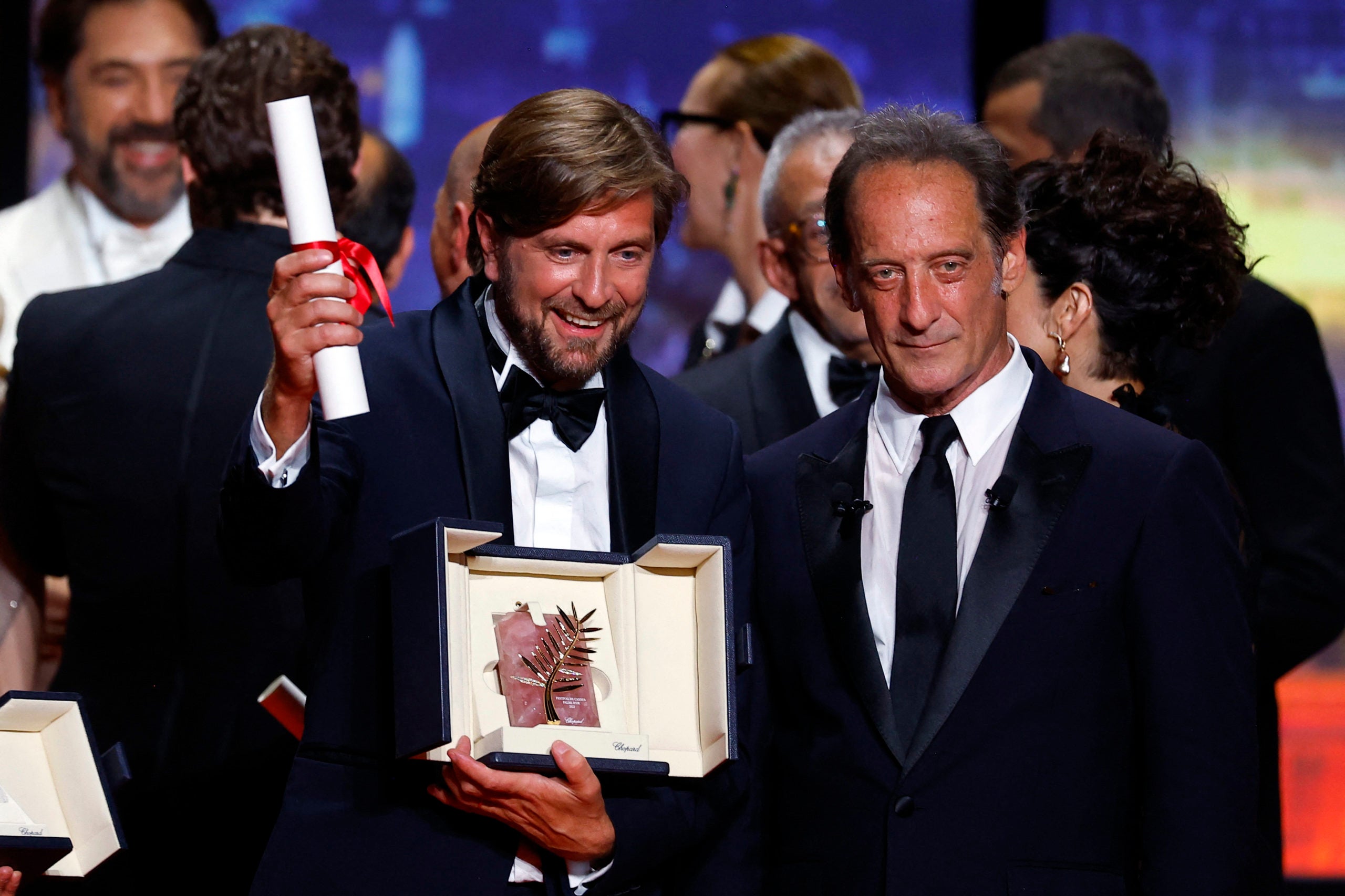 PARIS  – “Triangle of Sadness”, a film by Swedish director Ruben Ostlund, won the Palme d’Or for Best Picture at the Cannes Film Festival on Saturday, the festival announced.

“When we started to make this film I think we had one goal – to really, really try to make an exciting film for the audience and bring thought-provoking content,” Ostlund said.

Exploring notions of beauty and privilege, the film sends two models on a luxury cruise — only to leave them stranded on a deserted island with a handful of the staff and billionaire guests. The toilet attendant proves to have the best survival skills and social structures are upended.

“The thing about Östlund is that he makes you laugh, but he also makes you think,” said Variety in its review of the film. “No matter what sphere he tackles, we’re bound to see the world differently.”

For its 75th anniversary edition, the festival returned to its traditional calendar following two years of pandemic disruptions.