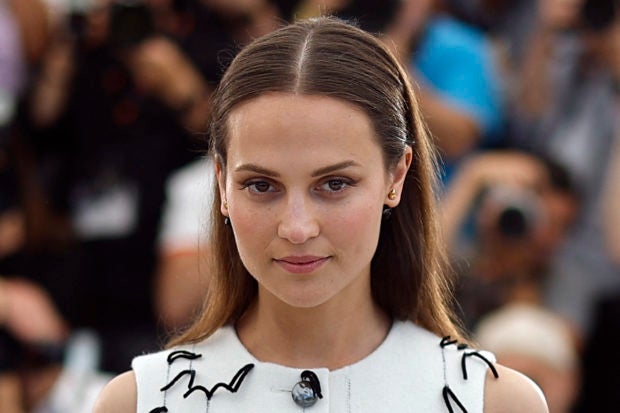 CANNES — Oscar-winner Alicia Vikander said her latest leading role allowed her to draw from her own experiences as an actor.

The Swedish actress plays the title role in “Irma Vep” a HBO miniseries remake of Olivier Assayas’s 1996 cult film of the same name.

The eight-episode show centers on American movie star Mira, who, hoping to give her blockbuster film career a new direction and recover from a recent breakup, travels to Paris to star in an arthouse remake of the French silent movie “Les Vampires.” As the film set slowly descends into chaos, so does Mira’s state of mind.

The role was originally played by Hong Kong actor Maggie Cheung, who starred as herself in the 1996 movie.

“I don’t play myself, I play Mira. But in our series she is anxious because her part has already been played by an Asian actress. So I got to meta, meta, meta play that in layers and actually express my own anxiety over remaking something that already a very extraordinary actor has done,” Vikander told Reuters in Cannes where she launched the series with Assayas and its cast.

Like the film, the series examines the challenges of filmmaking and production, and the many, often absurd, aspects of fame.

Scenes show Mira being mobbed by fans as she is chauffeured around for promotional events, fittings and meetings.

“You get to kind of pull back the curtain and get introduced to what this world can look like behind the scenes and the silliness, the craziness, the stress,” said Vikander of the screenplay written by Assayas.

“It’s been nice to have someone point out the things that are pretty strange, things that you see all the time but when he puts it down to paper, I’m like, yeah, I know, that’s pretty out there and quite funny.”

“Irma Vep,” which was presented out of competition at Cannes, debuts on HBO on June 6. AP