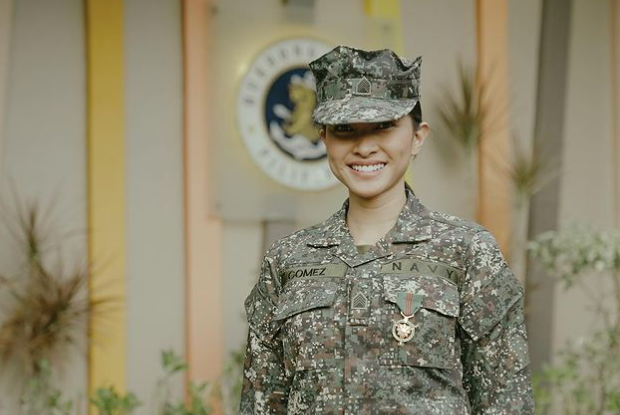 Miss Universe Philippines 2021 Beatrice Luigi Gomez has been awarded with a military merit medal by the Philippine Marine Corps and named an honorary member of Friends of Marines.

The beauty queen and Navy reservist expressed gratefulness for the award in an Instagram post yesterday, May 25. She also showed herself wearing a military uniform at her oath-taking ceremony.

“It always feels like home. I am honored to be welcomed into a new family as an honorary member of Friends of Marines (FOM). I am truly honored as well to be awarded with the Military Merit Medal,” she said while thanking those from the Philippine Marine Corps Foundation.

“Rest assured that I will continue to pursue my involvement to support military operations to serve the Filipino people,” Gomez added.

Friends of Marines is the newly launched civilian organization by the Philippine Marine Corps. Its first batch and honorary members are composed of 68 individuals from various fields in the Philippines, as per the marine corps’ Facebook page today, May 26.

Philippine Marine Corps also stated that Gomez “was awarded a Military Merit Medal by the PMC for her meritorious services in support of Civil-Military Operations.”

“Proud of you,” Arnold told Gomez.

Prior to her stint in Miss Universe Philippines, Gomez had already become a Philippine Navy reservist at the Naval Reserve Center – Eastern Visayas. After she was crowned, the Naval Reserve Command described Gomez as someone who is “not just a crowned queen but also fills the coveted shoes of a warrior.”  /ra