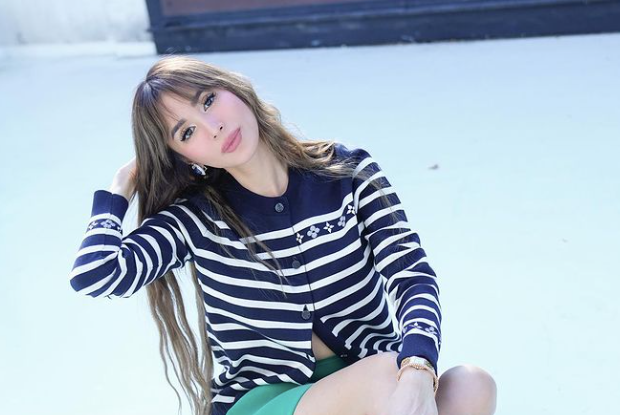 Heart Evangelista got candid about her past sex life, admitting that she had experienced having one-night stands and dating the people she had them with.

The actress talked about this with her staff during their trip to Balesin, as seen on her YouTube vlog last Monday, May 16. Evangelista and her staff went to Balesin for a vacation and they played “Never Have I Ever,” a game wherein someone says an activity and those who have experienced it take a drink.

When asked whether they had a one-night stand, Evangelista thought for a while before taking a sip of her drink.

“I guess that was considered a one-night stand,” Evangelista said.

A member of the actress’ team then asked her why she “considers” it a one-night stand.

According to Merriam-Webster, a one-night stand is a “sexual encounter limited to a single occasion.”

Aside from her sex life, Evangelista opened up on checking a partner’s messages. She also made a joke when the subject of dating someone 10 years older than her was brought up during the game.

“Pinakasalan ko pa nga, eh,” she quipped. (I even married him.)

Evangelista is married to Sorsogon governor Francis “Chiz” Escudero, who is among the top 12 candidates in the recent senatorial race.

During her vacation with her team, Evangelista flaunted her bikini body by wearing a luxury swimsuit at the beach, earning praise from fans and fellow celebrities.  /ra