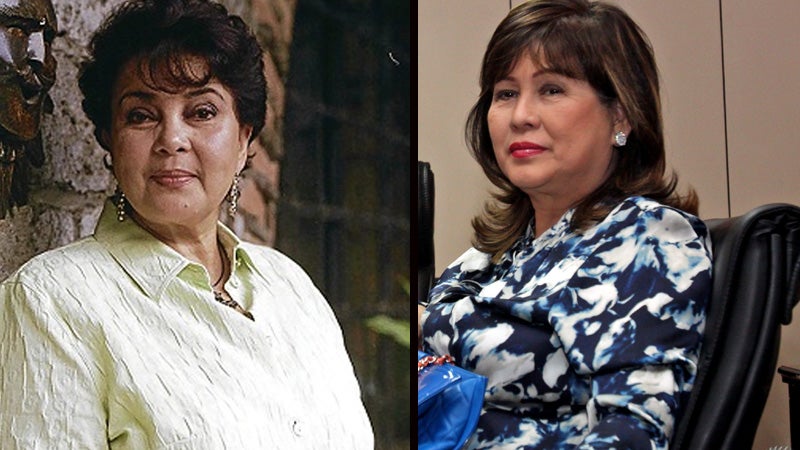 MANILA, Philippines—Another former actress filed a charge of libel on 11 counts against talent manager Annabelle Rama at the Quezon City Prosecutor’s Office on Wednesday for statements the latter posted on her Twitter account.

According to Fuentes, Gonzales wrote in her column that Rama had told her that Fuentes and Rama’s husband, actor Eddie Gutierrez, used to have a romantic relationship.

Fuentes, however, denied this and said that the libelous statement had gravely damaged her reputation.

Meanwhile, a Quezon City court junked Rama’s plea for a 90-day suspension of her arraignment on the 14 counts of libel filed against her by former actress Nadia Montenegro.

In a three-page order, Judge Eleuterio Bathan of the Quezon City Regional Trial Court Branch 92 said he found no merit in Rama’s petition.

At the same time, he formally issued separate arrest warrants for each count of libel filed against Rama following her failure to attend her scheduled arraignment last Monday.

The talent manager had asked the court to move her arraignment to Sept. 10, saying she had an appeal pending in the Quezon City Prosecutor’s Office.

However, according to the court, the revised rules on criminal procedure state that suspensions can only be allowed if the accused is mentally ill, if there exists a prejudicial question or if there is a petition for review pending before the justice secretary or the Office of the President.

The judge noted that the reason cited by Rama was not among the conditions stated in the rules.