Why Xochitl Gomez was ‘mesmerized’ by Elizabeth Olsen 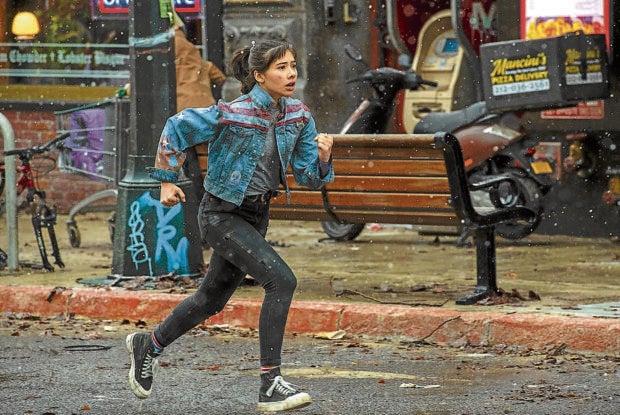 If you’ve already seen “Doctor Strange in the Multiverse of Madness,” we’re certain that you’ve also noticed how well Elizabeth Olsen has brought the continuing story of Wanda Maximoff aka the Scarlet Witch to Doctor Strange’s world after the heartbreaking events that transpired in “WandaVision.”

Even Xochitl Gomez, who plays untrained 14-year-old universe-hopper America Chavez in MCU’s (Marvel Cinematic Universe) latest triumph, was very vocal about her admiration for her 33-year-old costar during the press con that we attended recently.

Being an MCU newbie, the 16-year-old Xochi admitted that she took her performing cues “from Lizzie,” Elizabeth’s monicker, because of the way the latter approached her characterization.

“This may sound stalker-like, but I swear it isn’t like that at all (giggles),” the teenage actress quipped. “I did look up to Lizzie, especially while she was acting and getting ready to do her scenes. I would just watch her quietly. I hope I don’t sound like a stalker…”

Seated in front of Xochi, Benedict Cumberbatch, who plays surgeon-turned-superhero Stephen Strange, interjected, “Don’t worry, we were all doing the same thing. We were all mesmerized by Lizzie.”

Xochi then explained, “She’s just a powerful woman! So, as a young performer on the set, I would constantly watch how Lizzie would prepare five minutes before a difficult scene. She would get in that moment. 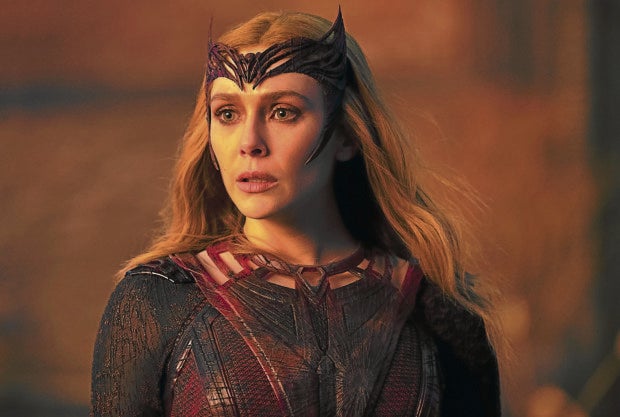 Elizabeth Olsen as the Scarlet Witch

“Then, I would realize, ‘Oh, she’s doing it! I should probably do it, too. And so I did, and it helped me a lot—and I really liked it. I just learned so much from her, and she didn’t even know. (Turns to Elizabeth) Please don’t feel uncomfortable with me (giggles).”

Asked to talk about what America brings to this story and the movie itself, Xochi explained, “One of the things that was so important to me was that, there are lots of adults in it. It’s very heavy, so I wanted to make sure that America still had that youthfulness… that ‘fake it till you make it’ vibe and resilience, being so much younger than the others.

“When you’ve got some crazy stuff happening, it’s a little hard [for a young person to deal with that]. But one thing that really helped me figure her out is the fact that America is only 14, which is younger than she was in any of the comics. I mean, that really helped in the way my character was introduced in MCU—thanks to [screenwriter] Michael Waldron, who did it beautifully.” INQ