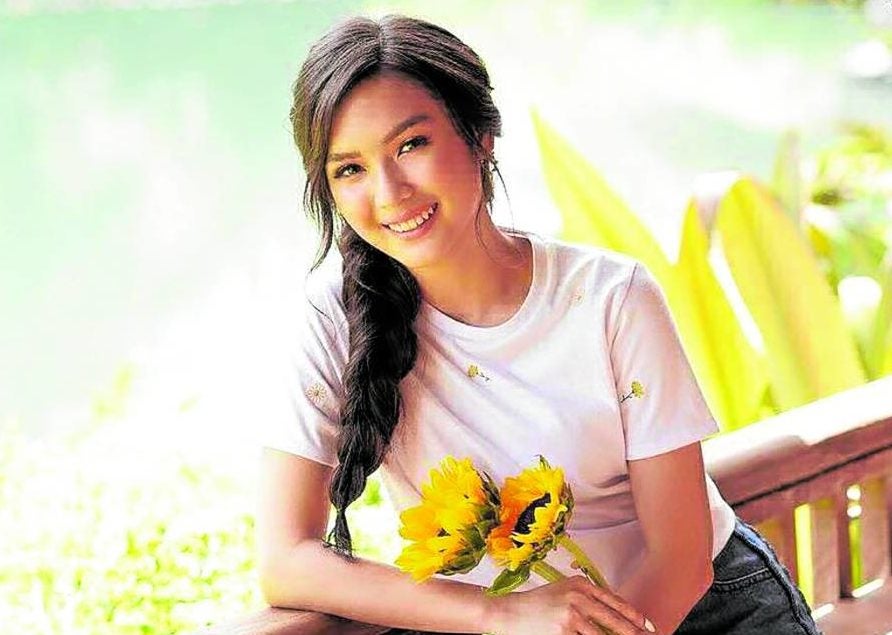 Teen star Francine Diaz said she has never experienced being courted by a guy but admitted to being fooled by some of them into believing that they sincerely cared for her.

“No guy has ever courted me yet,” said the 18-year-old. “Nabola na ba ako? Yes. There were guys who would give hints, and since I was still so young then, I fell for them. I believed them, so I guess nabola nga ako.”

Now that she’s slightly older, how does she determine if a guy is indeed sincere? “I guess it’s not ‘bola’ if the person is truthful and straightforward, without being mean, of course. There are people who would just talk with absolutely no consideration of how others will feel,” she pointed out. “For me, it’s not ‘bola’ if you say what you feel to a woman in a kind and respectful way, no beating around the bush, no giving hints. Either you become straightforward or just shut up.”

Asked what she thought was the sweetest thing a guy has done for her, Francine said:

“I have a lot of guy friends. I appreciate it when they’re protective of me; also when they make me laugh whenever they sense that I’m sad. That’s what I like best about them. Knowing that they do this because they’re my friends also makes me feel good.”

In “Bola Bola,” Francine plays Thea Balderama, a 220-pound late bloomer. The story focuses on how she deals with deep-seated insecurities about her weight as she tries to win the heart of her longtime crush by cooking for him.

JP Habac’s series attempts to teach the importance of loving and appreciating one’s self before getting into a romantic relationship with another person.

It also features three newcomers: KD Estrada, Akira Morishita and Ashton Salvador. Francine admitted that she had to adjust in order to make working on the set more comfortable for her leading men. “At first, I didn’t want anyone on the set to think I was meddling or that I’m a know-it-all so I kept quiet. But when I started to get close to the three guys, and I already got to observe how they threw their lines, I decided to help them. Sometimes, while doing kilig scenes, I would teach them how to ad-lib,” said Francine. “I felt happy because it was me who thought of the ad-lib that Akira used in some of our scenes. Also, when I saw that Ashton was having a hard time memorizing his lines, I tweaked the script a little bit so he could easily remember what to say.”

The one thing that the three guys have in common, said Francine, was that “they’re all thoughtful and protective of me.” She added: “I have scenes that required me to wear short skirts. Akira would sometimes lend me his jacket to cover my legs in between takes. KD would often hold my fan for me; and when I would need lifting up from lying down while wearing a fat suit, he would carry me. Ashton would offer me water or ask me if I’ve already eaten.”

Francine was also asked to describe the three guys by comparing them to food or local dishes. To this, she said: “KD is like spaghetti (with meatballs). Pasta without the sauce is bland. When you combine them, you will realize that they complete each other. Once you get to know KD, you’ll know how fun it is to hang out with him. He’s also a very sweet person.”

Francine likened Akira to the dish sinigang. “I like my sinigang tangy, ’yong napapakulot ang mukha mo at first taste. That’s how Akira is—he’s so funny. He always makes me laugh. He’s the male version of me,” the actress said. “Ashton is fried chicken. If you’re trying out a new restaurant, you’d want to order chicken because that’s what you’re comfortable eating, because that’s something everyone would like to eat.”