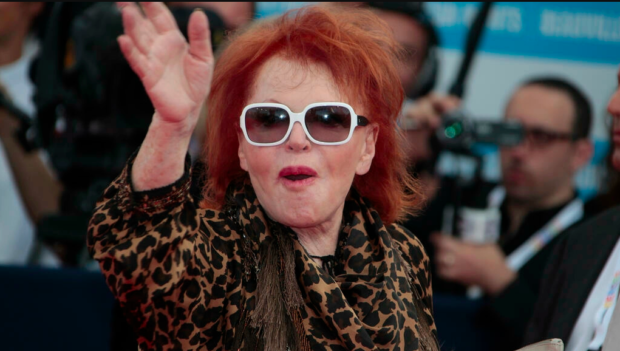 PARIS — French singer and actress Regine, who laid claim to the invention of the modern discotheque and once ran a nightclub empire from Paris to Los Angeles, died on Sunday aged 92, her granddaughter told AFP.

Regine, born Regina Zylberberg in Belgium to Jewish Polish parents, opened her first club in Paris’s Latin Quarter in the 1950s, replacing the juke box, ubiquitous in dance venues at the time, with turntables and disc jockeys.

The new format, she often said, justified her claim to “the invention of the discotheque.”

The new discos caught on with the jet set and Regine, who became known as the “queen of the night,” opened several more venues across the world, including “Regine’s” in New York in the 1970s, and others in Miami, Rio de Janeiro and Los Angeles.

In a statement sent on behalf of Regine’s family her friend the comic Pierre Palmade said: “The queen of the night has left. Closing time following a long and great career.”

Regine “had the stars of the whole world dancing in her nightclubs,” he added.

At its height, Regine’s disco empire comprised 22 establishments, and some 20,000 people owned an exclusive membership card in the 1980s that gave them access to all of them.

Pop artist Andy Warhol, showbiz star Liza Minelli, bankers the Rothschilds, and the Kennedys were among her customers.

Her name “became synonymous with the crazy nights that lasted until the small hours,” Palmade said, adding that Regine herself would “hit the dance floor until closing time.”

Among people paying tribute to Regine was former French culture minister Jack Lang who called her a “poetic and glittering Parisian legend.”

British singer Boy George tweeted: “R.I.P to the legendary French Diva Regine! x,” and included a picture of himself with her.

‘Made her city vibrate’

Paris mayor Anne Hidalgo said Regine “made her city vibrate like nobody else could.”

While most famous internationally as a nightclub entrepreneur, back home Regine was always considered more for her contribution to French songwriting.

French singer Renaud called her the last historic representative of the French chanson, inspiring an entire generation of singer-songwriters, including Serge Gainsbourg and Barbara.

After performing in the legendary Olympia venue in the French capital in the 1960s, Regine sang in New York’s Carnegie Hall to a warm reception by an American audience, a feat that among French singers only Edith Piaf could match.

“It would make me very happy if people still listened to my songs 50 years from now,” she told AFP in 2020, adding that she was “very proud” that some of them had become part of France’s standard repertoire.

“My first profession was discotheques,” she said. “For a long time, songs were just a hobby. But now I realize that the stage has been the most important part of my life.”

She also acted in several films, including by star directors Claude Lelouch and Claude Zidi.

Having sold all of her nightclubs by the late 2000s, Regine, who had boasted that she spent “a fortune” each day, declared herself “ruined.”

But she went on to harness her showbiz connections for causes close to her heart, such as the fight against drug abuse, and continued to perform on stage and participate in talk shows.

In 2008, she received the highest French order of merit, the Legion d’Honneur, from then-president Nicolas Sarkozy.

As late as 2016, at 86, she appeared at the Parisian cabaret “Folies-Bergeres,” wearing her famous red boa, and sang a French cover of “I will survive,” Gloria Gaynor’s hit.

She told AFP at the time,”Retire? There’s absolutely no rush.” JB