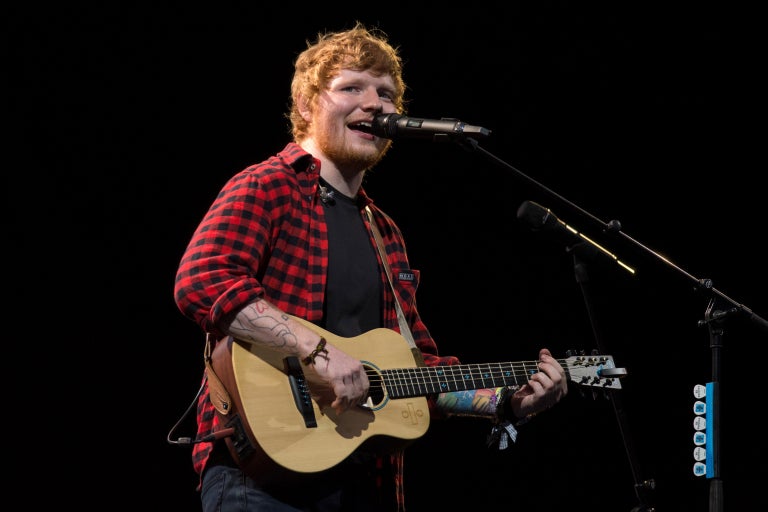 The British singer-songwriter gave his first interview after a judge in London’s High Court ruled Wednesday that his smash-hit “Shape of You” did not lift musical phrases from another track.

“Now I just film everything, everything is on film,” he told BBC television in the interview shown Friday.

“We’ve had claims come through on the songs and we go, well here’s the footage and you watch. You’ll see there’s nothing there,” Sheeran said.

“I personally think the best feeling in the world is the euphoria around the first idea of writing a great song.

“That feeling has now turned into ‘oh wait, let’s stand back for a minute’. You find yourself in the moment, second-guessing yourself.”

Judge Antony Zacaroli said that Sheeran “neither deliberately nor subconsciously” copied a phrase from British grime track “Oh Why,” when writing “Shape of You.”

Sheeran’s 2017 song remains the most-streamed song ever on Spotify, with more than three billion streams.

It won Sheeran, 31, a Grammy for Best Pop Solo Performance. He, along with several others, has a writing credit on the track.

But two other songwriters, Sami Chokri and Ross O’Donoghue, alleged that the song had musical similarities to their own composition “Oh Why,” performed under Chokri’s stage-name Sami Switch.

Sheeran told the BBC that he regretted settling a prior plagiarism case in the United States over his 2017 song “Photograph”, and said “there was no other choice” but to fight the United Kingdom claim.

“Shape of You” co-writer John McDaid, of the band Snow Patrol, said the London court case had “got really heavy and it was consuming.”

“The cost to our mental health and creativity was really tangible,” he said, while concurring with Sheeran that artists had to fight back against a mounting wave of copyright claims in the streaming age. JB