‘Cabaret’,’Life of Pi’ triumph at London’s Olivier Awards for theatre 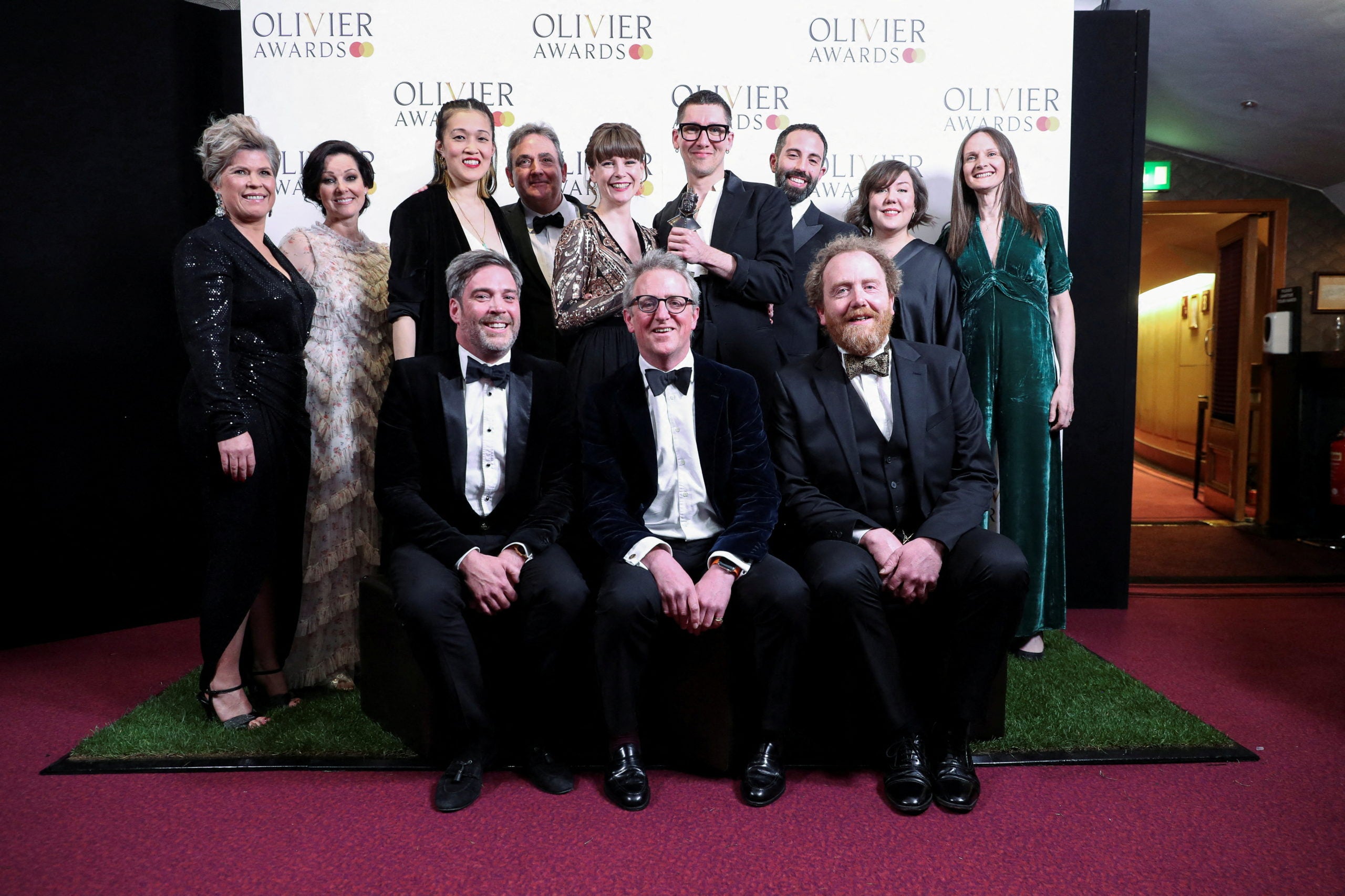 The “Cabaret” crew, winners of the Best Musical Revival award, pose in the winner’s room at the Olivier Awards in the Royal Opera House in London, Britain April 10, 2022. (REUTERS)

LONDON  – A critically-acclaimed revival of musical “Cabaret” and a stage adaptation of hit novel “Life of Pi” were the big winners at the Olivier Awards on Sunday, scooping the top prizes in Britain’s biggest night for theatre.

After a two-year hiatus due to the COVID-19 pandemic, the London theatre community reunited for a glitzy ceremony at the Royal Albert Hall.

“Cabaret” had led nominations with 11 nods. It won seven awards, including best musical revival and prizes for actors Eddie Redmayne and Jessie Buckley.

“This is the dream… This was the part that I played when I was a kid at school, it was the thing that got my passion for theatre really fuelled,” Redmayne said.

“And getting to do it every night with that extraordinary group of people was dumbfounding.”

Originally produced on Broadway in 1966, with music by John Kander and lyrics by Fred Ebb, “Cabaret” follows the lives of characters linked to a seedy Berlin nightclub during the rise of the Nazis.

Frecknall said the musical was poignant “now with everything that is happening internationally”.

“Life of Pi”, based on Yann Martel’s book about a boy stranded on a life boat with a tiger, won five awards, including best new play, best actor for Hiran Abeysekera and best supporting actor for the seven performers portraying the show’s puppet tiger.

“The fact that we’ve been nominated for a puppet character…is phenomenal and a landmark moment for puppetry,” actor Fred Davis. “Hopefully it opens the door for more puppets in central roles in theatre in the future.”

“Back To The Future – The Musical”, based on the hit 1985 sci-fi film, won best new musical while play “Constellations”, about a relationship between a quantum physicist and a beekeeper, took best revival and best actress for Sheila Atim.

Like other industries, London’s West End was badly hit by the pandemic when its theatres were forced to close their doors in March 2020.

They began welcoming back audiences last spring, albeit not all and those that did, returned with smaller productions and at 50% capacity. Bigger productions resumed shows in the summer.

Established in 1976 and named after actor Laurence Olivier, the awards are Britain’s most prestigious theatrical honours.