G entlemanly Heartthrob (GH) has always been known to be OC (obsessive-compulsive) where cleanliness or orderliness is concerned. In fact, his things have to be in their proper order at all times, and everything around him has to be neat … just like his image.

While there certainly are similarities between GH and another former heartthrob, Personable Perfectionist (PP)—they used to enjoy the services of their occasional pay-for-play companions—Rushes Mole (RM) insists that GH plays it safe even when his boytoys are around.

GH satisfies his urges and impulses by merely watching others perform, regardless of the number of his “sources of entertainment.” He’d rather just watch than risk getting sick, so he strictly adheres to his “no touch” policy. And he’s right, of course—as they say, better safe than sorry. INQ

• Bea Alonzo nagsimula nang mag-taping para sa ‘Start-Up,’ promise sa fans: May bongga siyang Filipino twist. (Good for Bea. We were starting to worry because she has been seen everywhere, except where it matters: in front of a camera, as an actress.)

• Carmi Martin nanampal ng dayuhang turista sa loob ng resto: Sabi ko sa kanya, ‘Who gave you the right to do that?’ (11th commandment: Thou shall not kandong Carmi …) 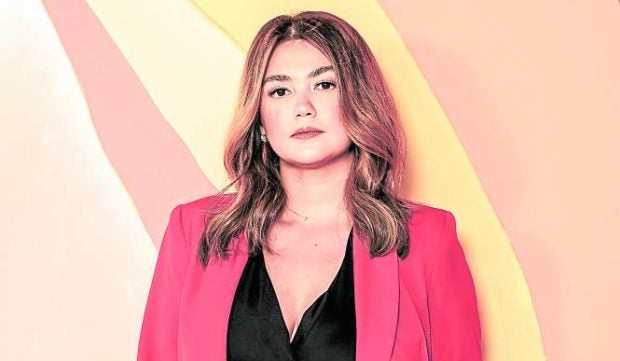 Read Next
‘President Nadine’ Lustre supports her presidential bet in Pampanga rally
EDITORS' PICK
Geek out at TOYCON 2022 powered by Smart Signature
House energy committee chair Arroyo bats for cheap electricity
UK’s Boris Johnson will resign, BBC reports
High inflation: Your P1 is now worth only 87 centavos
Unemployment rate up to 6% in May
High-risk pregnancy: Reducing your risk is in your hands
MOST READ
Suspect in grisly killing of missing woman in Bulacan arrested
Kim Atienza’s daughter flaunts bikini body in response to critics of her ‘revealing photos’
Japanese artist who created ‘Yu-Gi-Oh!’ found dead in the sea
FDA probes popular Filipino noodle brand for ‘high level of ethylene oxide’
Don't miss out on the latest news and information.