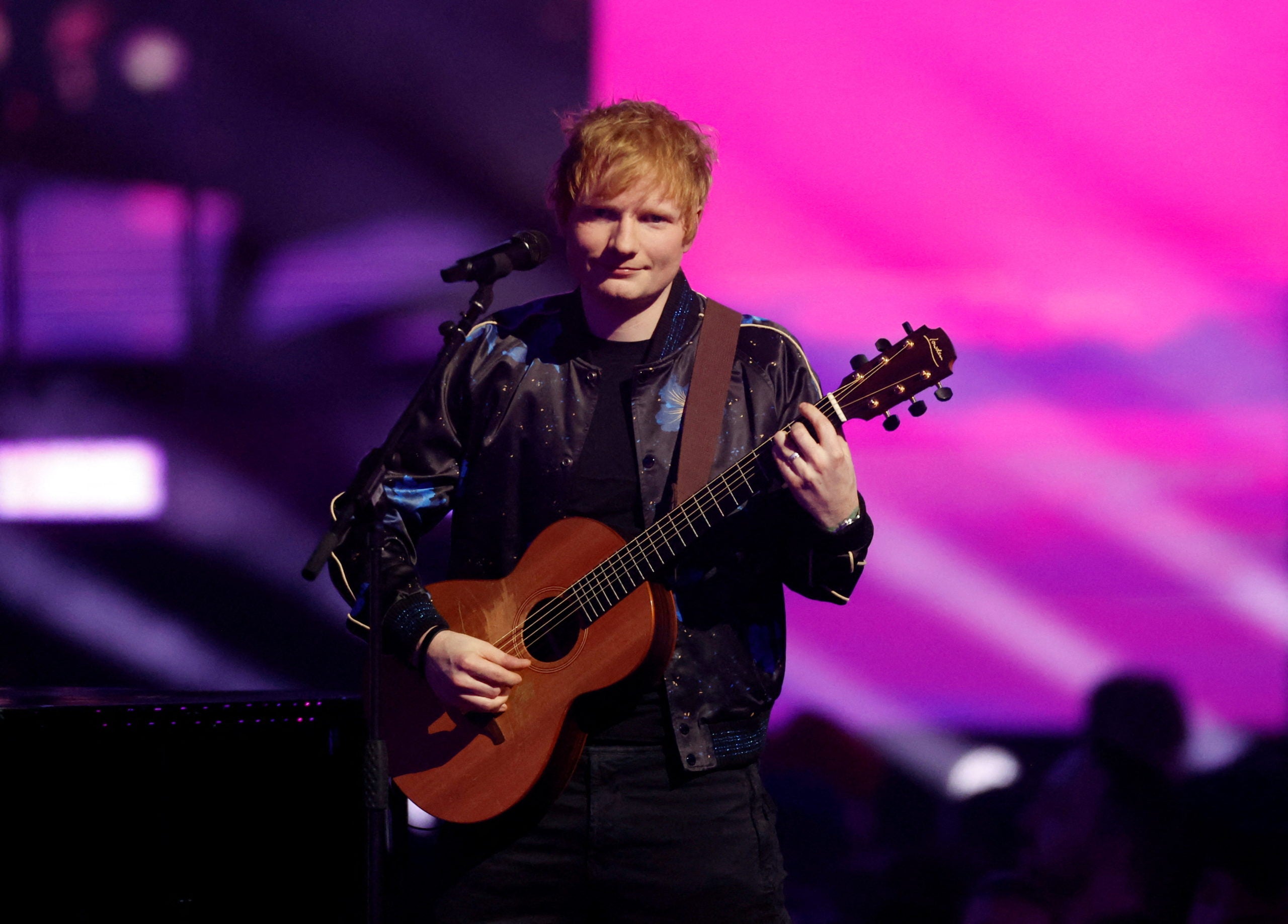 Ed Sheeran performs at the Brit Awards at the O2 Arena in London, Britain, February 8, 2022.  (REUTERS)

LONDON  – British singers Adele, Ed Sheeran and Raye, rapper Dave and group Coldplay will compete for songwriter of the year at the Ivors, organisers said on Thursday, announcing nominees for the annual awards honouring those penning famous lyrics.

Producer Dean “Inflo” Josiah Cover, who has worked with the likes of Adele and Little Simz, leads nominations for the awards for songwriters and screen composers with four nods, three of them in the best album category, the UK-based Ivors Academy said.

Sheeran, who on Wednesday won a copyright case over his 2017 mega chart-topper “Shape Of You” at the High Court in London, has three nominations. The other two are for hit songs “Bad Habits” and “Shivers” in the running for most performed work

Contenders for best song musically and lyrically include Adele’s comeback single “Easy on Me”, Sam Fender’s “Seventeen Going Under”, Rag’n’Bone Man’s “All You Ever Wanted”, Holly Humberstone’s “Haunted House” and “Let’s Go Home Together” performed by Ella Henderson and Tom Grennan.

“It’s been a standout year for music and I am full of admiration for the 77 talented songwriters and composers we are celebrating this year,” singer-songwriter and Ivors judge Shaznay Lewis said in a statement.

“Their work and words touch on a dizzying range of emotions, and I count myself lucky to have heard their stories.”

Drama “Spencer”, starring Kristen Stewart as the late Princess Diana, and thriller “Last Night in Soho” are among the films recognised in the original score category.

The awards, named after early 20th century Welsh composer, actor and entertainer Ivor Novello, were first handed out in 1956. The 67th edition will take place on May 19 in London.