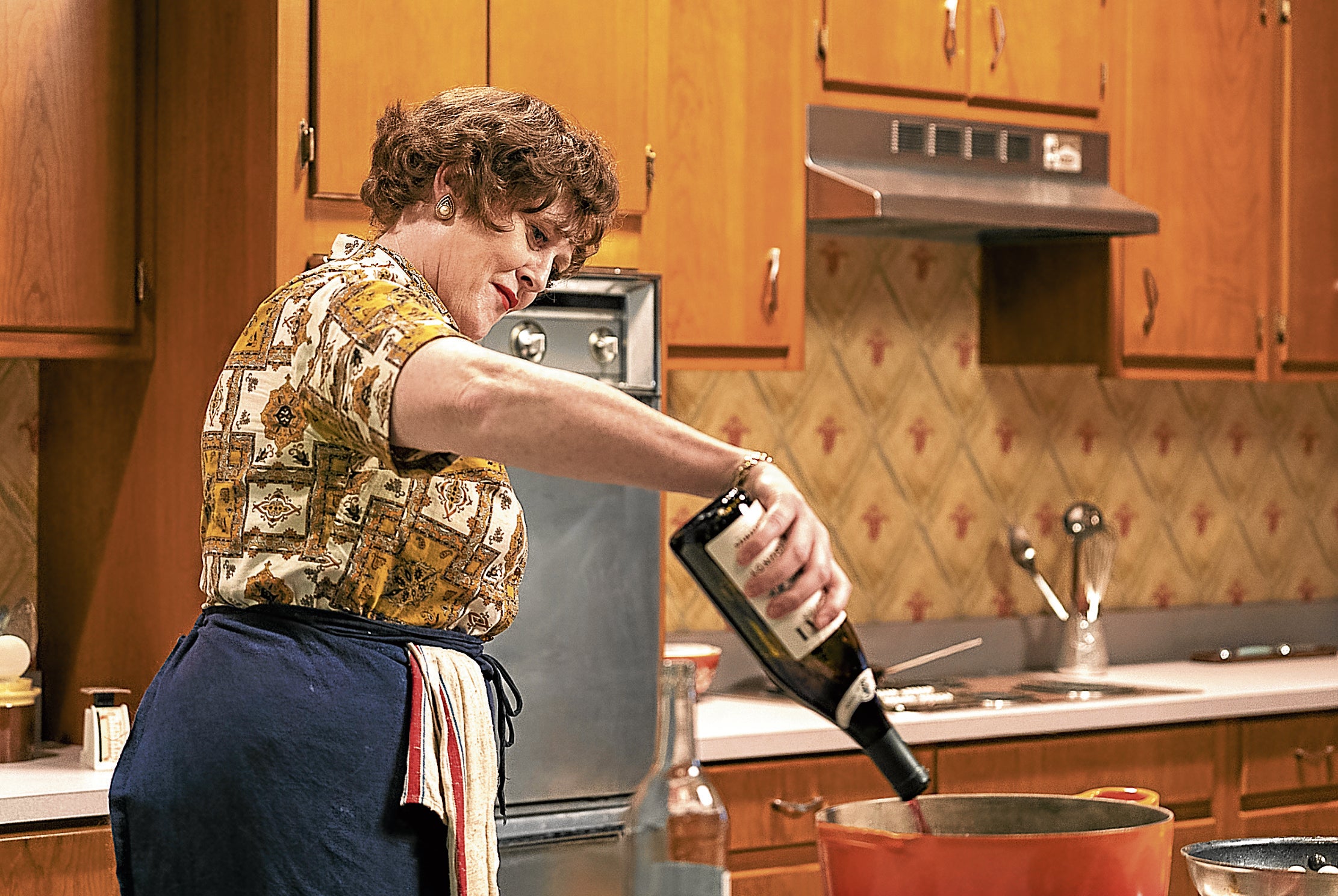 How do you play a character that has given Meryl Streep best actress awards from the New York Film Critics Circle and the Golden Globes? For breathing life into TV host, culinary icon and America’s first-ever celebrity chef Julia Child in 2010’s “Julie & Julia,” the legendary American actress also clinched her 16th acting nomination at the Oscars. (For the record, she has 21 … so far.)

But two-time Bafta-winning British actress Sarah Lancashire, who plays the beloved chef in the eight-part HBO Max Original comedy series “Julia,” delivers a portrayal that is just as memorable and award-worthy. Nope, don’t take our word for it—watch the show and see for yourself how Sarah has transmogrified into quirky and affable Julia.

The award-worthy series, which premiered with three episodes on HBO Go last Thursday and will release one episode weekly through May 5, is a joy to watch. It is also one of the best shows we’ve seen this season.

Julia has been a regular fixture in the cultural conversation since her show “The French Chef” premiered in 1963 and after her first cookbook “Mastering the Art of French Cooking” was first released in 1961.

The cast and creatives of “Julia” were asked at the press con that Inquirer Entertainment attended last February about what they thought could explain continued interest in Julia, and why her story still resonates with modern audiences.

There’s no easy answer for that two-pronged question, of course. So when Sarah was asked to share some insights into the public’s “sustained fascination” for her latest character, the 57-year-old actress, as shy and self-effacing as she was extremely reticent, begged off and quickly said, “No.”

That cracked up the entire virtual room.

“I have a thought,” interjected David Hyde Pierce, who plays Julia’s husband Paul Child (played in the movie by Stanley Tucci). “She’s one of a kind, and that’s why people have stayed interested in her throughout changing fashions and styles and foods and everything else. So many different versions of her have occurred because she’s eternally fascinating.”

For showrunner Chris Keyser, he said that Julia’s staying power is something that people attach to. He explained, “That’s always a symbol of the possibilities in life that, generation after generation, becomes more and more powerful over time. So, it’s not coincidental that she’s likely to remain somebody who matters in our cultural conversation.”

Series creator Daniel Goldfarb agreed, “There’s something unsinkable about her. Julia never took no for an answer. She just persevered … and she lived her life with joy at every stage.

“Then, Julia sort of bloomed as she got older and more comfortable in her shoes. When you watch her, you see the love for life that she had … that’s where her staying power emanates.”

“I was a little kid when ‘The French Chef’ was on, and even if you didn’t know anything about her life, she was nevertheless a fascinating person to watch. She was goofy, brilliant and profound. She was funny-looking, but she was also beautiful.

“She did all these incredible things, and then she would feed you! It was like quicksilver. She was sort of everything … and very multifaceted, like you can’t not look at her and say, ‘What’s going on there?’ I say that from a kid’s perspective, and we all were kids watching TV. That element is in all of us. “Her show was another thing. Nowadays, we see food shows that are obligated to have high-tech episodes that are filmed around the world… just to show viewers food. But this lady did it sitting on a stationary set, with a black-and-white camera. Still, she got so much out of it.”

Also present at the press con were executive producer Kimberly Carver and terrific actors Brittany Bradford (as never-say-die producer Alice), Fran Kranz (as producer Russ Morash) and Fiona Glascott (as Judith Jones). Some trivia: Jones was the legendary editor who rescued Anne Frank’s “The Diary of a Young Girl” from a publisher’s reject pile, and later introduced readers to Julia and other famous cookbook authors).

To be clear, the series isn’t just about cooking or food. While it is inspired by Julia’s extraordinary life and her long-running TV series, it bravely explores an evolving time in American history… albeit with a touch of winking mischief and whimsy.

Cleverly interpolated into a maturing woman’s very personal journey is the emergence of public television as a new social institution, feminism and the women’s movement, the nature of celebrity, America’s cultural growth, and a loving (but childless) marriage with an evolving power dynamic—and that’s a lot to chew on.

As mentioned earlier, the series is as much about the birth of television as it is about the birth of a modern marriage between a man—who helped Julia put that set and show together—and a woman who would eventually become more famous than he is.

Asked for his thoughts about Paul and Julia’s fabled relationship, David mused, “The best way for me to put it is that I am such a huge admirer of Paul Child, the man. I’m very happy to get the chance to learn more about him – the less famous of the pair – how accomplished he was in so many areas.

“Paul played the violin. He was a black belt in Judo. He built furniture. And he had a career as a diplomat. More than anything, he also had this beautiful love affair with this amazing woman.

“It’s all nice, but I felt a great responsibility to have his life in my hands… in our hands… to try to honestly convey to people just how singular he was. Or what a unique partnership they had—including the conflict, which we don’t know a lot about in public.

“That’s the part that’s not written about. But, of course, any great relationship is tested by conflict. And that’s been so beautifully written into the show. That way, we get to see how deeply these people loved each other through thick and thin.”

As previously mentioned, Julia’s story has been told before—and most famously in the full-length feature film starring Meryl Streep and Stanley Tucci.

How did Sarah and David approach their characterizations knowing that Meryl and Stanley had so much success with the film? Did they ignore or study those performances?

David said, smiling, “Well, I’ve always wanted to be Stanley Tucci. So, I feel like this is as close as I’ll probably get (laughs).”

For her part, Sarah said that her approach hasn’t been quite as complicated as people make it seem.

“For me, it’s quite simple,” she said. “It’s a completely different project. The nature and tone of the project is also different. 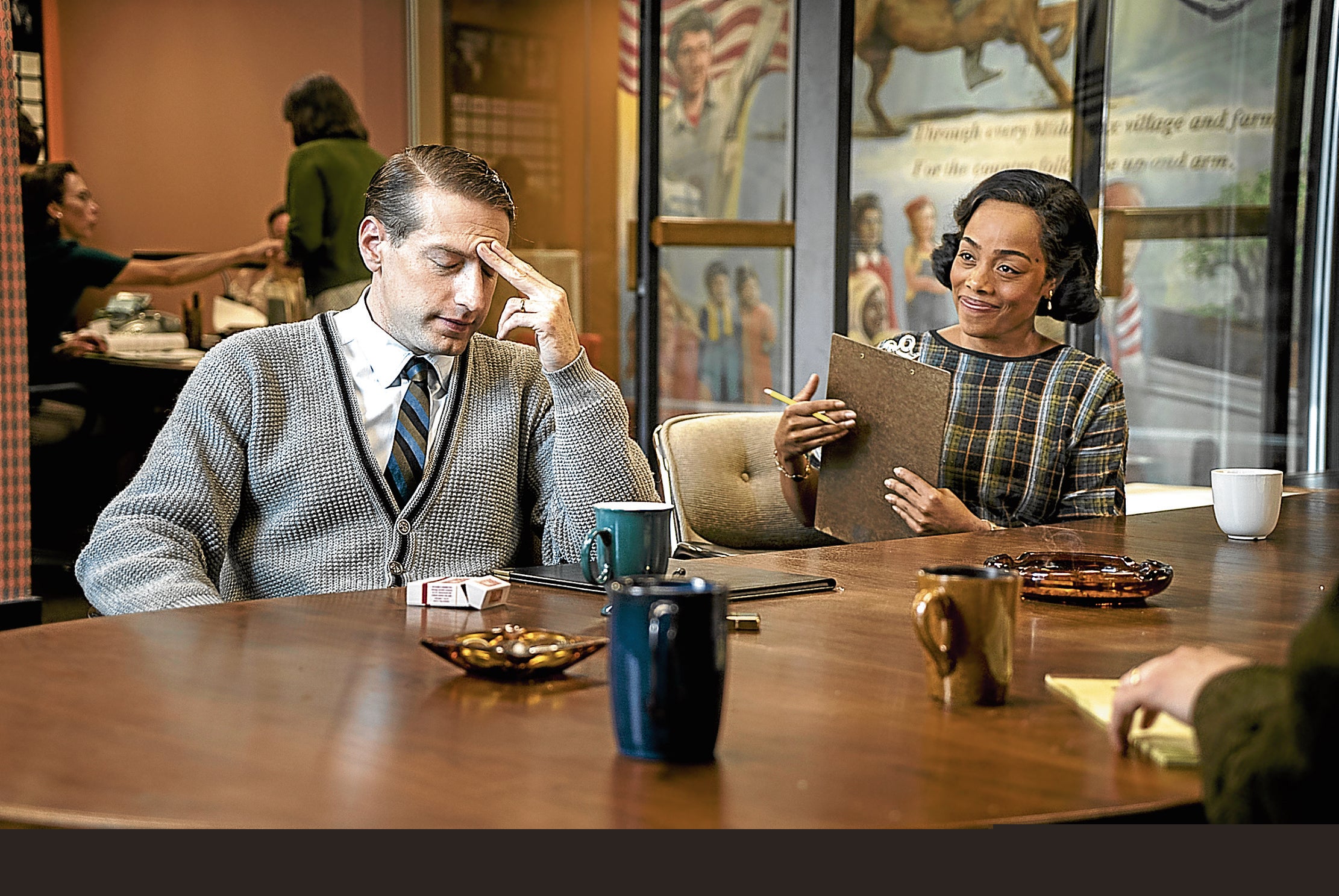 “You do 50 different Hamlets, you do 50 different actors… and they’ll all be different. So, that didn’t really occur to me. The benefit from the film for me was that it was the first time I became aware of Julia… because she did not have a presence in the UK.

“Other than that, it didn’t really play any part in my preparation or participation of this piece at all.”

What was Sarah’s entry point into creating her version of Julia?

“Well, the thing that I have in common with Julia is that my favorite recipe was her favorite recipe, which was the sole meunière,” she shared. “There’s such an awful lot of source material available online, so that was a starting point to reference her, plus reading the books about her and the letters between her and Avis.

“At some point, I actually put the written material away, because it didn’t necessarily make sense with what we were trying to do…which was a drama as opposed to a documentary.

“But I worked with a vocal coach for a very short period of time who helped he look into the accent, really. Then, I pulled away from that and started looking at trying to create a parallel voice that would essentially create the essence of her vocal eccentricity and singularity, but was harmonized with the physical.

“I spent some time for playing around and trying to find something that works. I’m not a mimic. I can’t impersonate. Also, she did have this extraordinarily complex vocal quality, which I don’t share with her. So, I had to find something which worked in parallel and was comfortable.

“But really, I spent many, many hours just watching her. There’s so much source material available and really that’s what I was doing. But that wasn’t any form of hardship.

“Julia is a joy to watch. You kind of want to be in her company and, yeah, she makes you feel better about the world, really. She’s a tonic.”