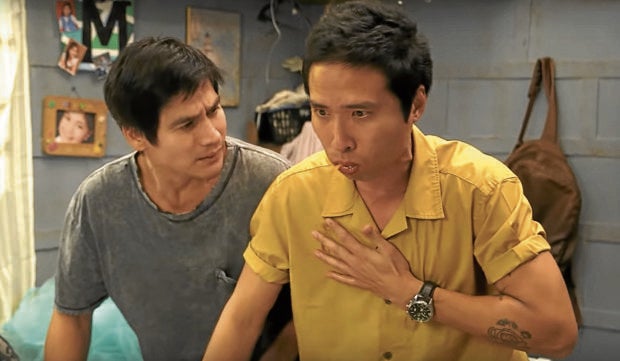 “Divine intervention,” was how comedian Pepe Herrera described the fact that he is playing the twin brother of show biz heartthrob Piolo Pascual in the sitcom “My Papa Pi.”

Brothers Pipoy (Piolo) and Popoy (Pepe) lead different lives despite being twins and living in the same house. Pipoy is a single father looking for a better life for his daughter. Popoy is the owner of the popular restaurant, One More Tumbong, which sells tumbong, a special pork intestine soup.

Meanwhile, Popoy hopes to win the heart of their neighbor Tere (Pia Wurtzbach), who, unfortunately, has feelings for Pipoy. However, Popoy dies from an accident and returns as a ghost that only Pipoy could see and hear. The former plans to take over his twin brother’s body to win the heart of the clueless Tere.

“In theater, where I was first trained to act, how you look shouldn’t affect much your portrayal of a particular role. If your character has long hair and yours is currently short, you can always wear a wig. It’s just divine intervention that my hair and Piolo’s are both short at the moment,” he explained to reporters during a recent virtual gathering. 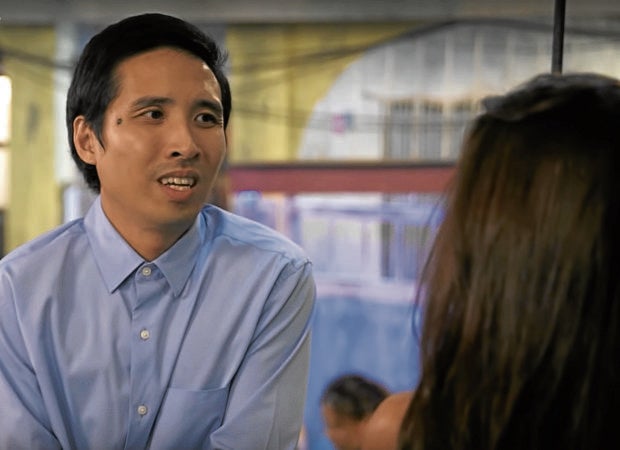 Pepe as Popoy in “My Papa Pi”

When asked how he felt about being part of the sitcom, which began streaming on iWantTFC on March 19, Pepe replied: “Excitement—from among all the emotions I’ve felt, this was what prevailed. I’m very excited because I’ve long wanted to work with Piolo, as well as with Pia. I recently learned that PJ (Piolo’s nickname) is also into taking care of plants and animals. Like him, this was what kept me busy when I didn’t have work because of the lockdowns. But I enjoy being with people more and I yearn to have a creative outlet. This is why, more than ever, I feel energized to get back to work. I’m also curious as to how things will work out between my new coworkers and me.”

Pepe said he considered the following American comedians as his role models: Jim Carrey, Dave Chappelle and the late Robin Williams. He later added the late Filipino actor Dolphy to the list.

He claimed to admire “My Papa Pi” director Cathy Garcia-Molina, too. They first worked together in the romantic comedy series “Forevermore,” starring Liza Soberano and Enrique Gil.

“I’ve long wanted to work with her again after that. Just like Pia and Piolo, I also want to get to know her and be friends with her. I’m glad it has finally come true.” INQ