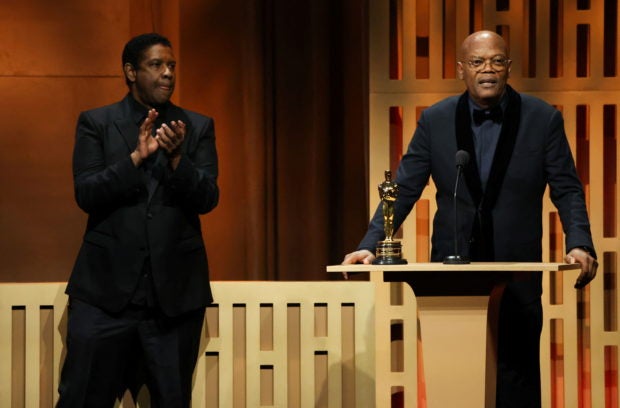 LOS ANGELES — Hollywood ushered in the Academy Awards weekend by bestowing honorary Oscars to Samuel L. Jackson and other movie industry veterans on Friday, for their decades of film and humanitarian work.

Jackson was among the recipients of the annual Governors Awards from the Academy of Motion Picture Arts & Sciences, the group that will hand out best picture and other trophies at a live ceremony on Sunday.

Actor Denzel Washington introduced Jackson at Friday’s black-tie event by noting he has appeared in 152 films that have grossed more than $27 billion at movie box offices over five decades.

Among them, Jackson portrayed Nick Fury in the “Avengers” superhero movies and was nominated for an Oscar for his role as a hit man in director Quentin Tarantino’s 1994 drama “Pulp Fiction.”

As he accepted the award, Jackson thanked his family, business representatives, “and every person who ever bought a ticket to any of my movies.”

“I tried to entertain audiences the way Hollywood entertained me,” Jackson said, “Make them forget their lives for a few hours, be thrilled, awed or excited.” 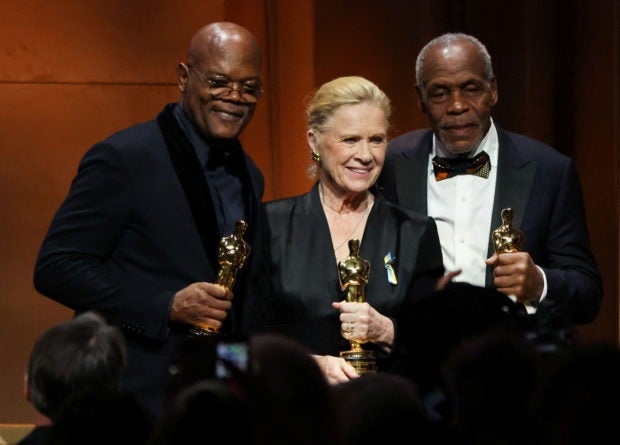 “Lethal Weapon” star Danny Glover received the Jean Hersholt Humanitarian Award for his advocacy for justice and human rights. He currently serves as a goodwill ambassador for UNICEF.

Ullmann was a frequent collaborator with Swedish director Ingmar Bergman and appeared in films including “Persona,” “The Passion of Anna” and “Cries and Whispers.” Ullmann was nominated for best actress for 1971 film “The Emigrants” and 1976 movie “Face to Face.”

May received Oscar nominations for best adapted screenplay for 1978’s “Heaven Can Wait” and 1999’s “Primary Colors.” Earlier in her career, she was part of the comedy duo Nichols and May, which debuted in 1958 with Mike Nichols. JB