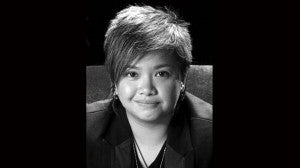 SEGUERRA. Can today’s child stars measure up to their level of achievement?

LAST Saturday night, we made it a point to watch “Talentadong Pinoy” on TV5, because the show is currently featuring kiddie performers as contestants. We wanted to see if local child talents these days can measure up to the achievement set by the gifted likes of Niño Muhlach, Aiza Seguerra, Dranreb Belleza, Vilma Santos, Jay Ilagan and Tessie Agana.

Alas, no such precocious Stars of Tomorrow were in evidence on that particular telecast. In fact, the adjudged winner was a rather unfocused and not very with-it or entertaining drummer boy, whose percussive skills were, despite some jurors’ rather lavish praise, not all that discernible.

Yes, the kid was only 6 years old, and his skill was at least different from the usual kiddie singing and dancing talents that are predictably trotted out in competitions of this sort. —But, shouldn’t a champion do better than that?

As for the other kiddie performers, their acts were even more predictable, and nobody really stood out. Which made us wonder: Where have all the real child talents gone?

We know from the auditions we conduct for stage musicals that they’re out there, so how come they don’t show up for or pass talent tilt auditions? Could it be that TV talent scouts and competition jurors don’t know what to look for?

Perhaps, cognizant of the in-your-face performing style that local TV prefers, young talents go for broke too strongly and stridently, and thus overwhelm whatever genuine talent they have with too much bombast and knee-jerk cuteness, porma and “showmanship”?

MUHLACH. Can today’s child stars measure up to their level of achievement? (photo: findceleb.blogspot.com)

Whatever the real reason or culprit, we decided to watch the kiddie tilt’s first quarterly finals the following night, hoping to find more promising talents.

Thank goodness, some of the weekly winners featured were made of better stuff. We liked the way that the little girl billed as Baby Gymnast combined dance, gymnastics and show biz flourishes to make her dexterous act impressive and entertaining. And the group that employed “cheer” and tumbling routines was similarly diverting.

So, at the end of the first quarterly finals, when Baby Gymnast won, the jurors’ decision met with our approval.

We were bothered, though, by the poor showing of child singers in the kiddie talent tilt. The country is full of young warblers, crooners and belters, so we know that it isn’t for lack of talent.

Maybe they aren’t coming into their own as gifted vocal performers because they’re too focused on imitating established singers, or assaulting listeners with their unrelievedly loud “birit” bleats and shrieks?

If so, their mentors and “stage parents” would do well to put an end to their gaya-gaya and birit efforts, because they have been proven to be counterproductive, and turn people off instead of on.

It would really be better if child singers focus on their being children, instead of pint-sized adults who copy the likes Shirley Bassey and Whitney Houston ad nauseum. And, please choose songs whose lyrics and emotions are age-appropriate, instead of making the little angels interpret songs about love—and lust!