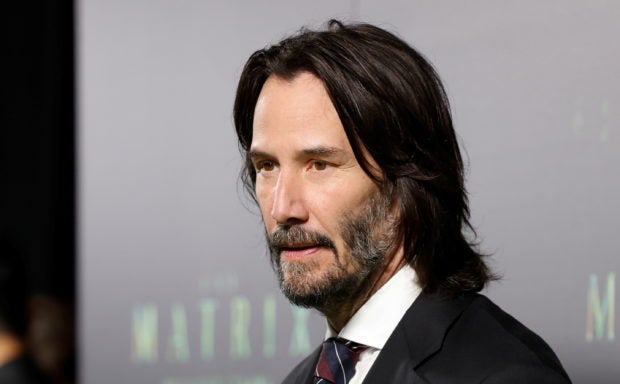 BEIJING — Chinese streaming platforms including Tencent Video and iQiyi have taken down films and video content starring Canadian actor Keanu Reeves after he participated in a Tibet-related concert organized by a non-profit founded by the Dalai Lama.

Checks by Reuters showed his acclaimed works, the Matrix and John Wick franchises, as well as “Speed,” were among the films that have been removed. Reuters could not determine when the films were taken down.

The Los Angeles Times, which first reported the content removal on Thursday said at least 19 of his movies were pulled from Tencent Video.

While content related to the Matrix films and some of Reeves’s other work were still searchable on WeChat, China’s ubiquitous messaging service, searches for his English name and its Chinese translation yielded no results.

In late January, Reeves received heavy criticism from Chinese social media users, some of whom called for a boycott of his work in China, after it emerged that he planned to appear in a March 3 concert organized by Tibet House US, a New York-based nonprofit founded at the request of the Dalai Lama, Tibetan Buddhism’s spiritual leader.

Reeves participated in the concert, which was held virtually due to restrictions aimed at curbing the spread of COVID-19, prompting more criticism online.

Beijing has accused the Dalai Lama, exiled in neighboring India, of fomenting separatism in the Tibet region and instead recognizes the current Panchen Lama, put in place by the Communist Party, as the highest religious figure in Tibet.

China has ruled the remote western region since 1951, after its People’s Liberation Army marched in and took control in what it calls a “peaceful liberation.”

Other high-profile Western figures that have been blocked from Chinese social media and video platforms after making comments criticizing China’s actions in Tibet include former NBA player Enes Kanter who at the time played for the Boston Celtics. JB

Bullet time, augmented reality: The powerful effects of ‘The Matrix’