‘The Wire’ team returns to Baltimore for corrupt-cop tale 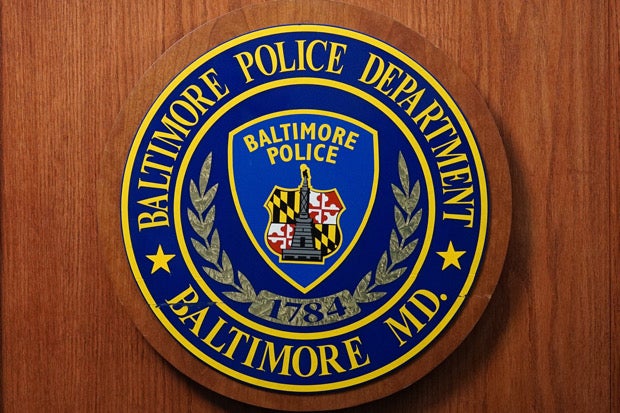 A seal of the Baltimore Police Department is seen at Police Headquarters in Baltimore on Aug. 8, 2017. Image: AFP/Mandel Ngan

Two decades after cult favorite “The Wire” hit the screens, its creators are back on the mean streets of Baltimore for a new miniseries, “We Own This City.”

Unveiled at TV festival, Series Mania, in France this weekend and due to launch in the United States on HBO Max on April 25, the show reunites writers David Simon and George Pelecanos for a true-life story about a massive corruption case in the heart of the city’s notorious police department.

When police killed young African-American Freddie Gray during an arrest in 2015, it triggered riots in the city and forced the department to introduce reforms and clean up its act.

In the process it emerged that a group of eight cops had for years engaged in racketeering and abuse with impunity, extorting money and drugs from dealers.

“Baltimore had issues with police brutality and police misconduct for a long time, but the scope of this corruption scandal — I don’t think people saw it coming,” James Fenton, an investigative journalist who wrote the book on which the new series is based, told Agence France-Presse at the festival.

Fenton works at the Baltimore Sun, the newspaper which Simon once called home before turning to TV for shows, including “The Deuce,” “Generation Kill” and the critical sensation that was “The Wire.”

“David Simon reached out to me during the trial, saying ‘You should write a book… if you do, we can make a show based on it,'” said Fenton.

“In some respects, things were dramatized, but some scenes I watched being filmed and it was word-for-word the same, which was incredible,” he said. 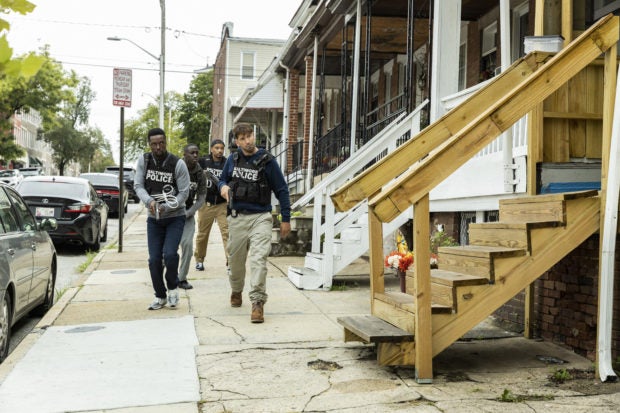 Two decades after cult favorite “The Wire” hit the screens, its creators are back on the mean streets of Baltimore for a new mini-series, “We Own This City.” Image: Home Box Office, Inc.

The corrupt unit of plain-clothes police tended to target poor, predominantly black neighborhoods, often fabricating evidence to raise their standing in the department.

“They felt so secure. They had free rein,” said Fenton.

This was not straight-forward racism, however: five of the eight officers involved were black, although the ringleader Wayne Jenkins, who had previously had a glittering reputation, was white.

They got away with it for years because victims were reluctant to complain or ignored, Fenton added.

U.S. actor Jamie Hector, who also appeared in “The Wire,” plays an officer who disappeared a day before he was due to give evidence in the case.

“It felt like coming home, with David, George, the old team. It was always creative, entertaining and still challenging,” Hector said at a press conference at the festival.

He said he had decided not to meet the officer’s family.

“It’s a very delicate situation. We don’t know if he committed suicide or if he was killed,” he said, adding that he had instead collected as much material as possible, including recordings of the officer’s voice.

Asked if such corruption could happen again in Baltimore, Fenton nodded.

“Officers now have body cameras, they did not when this happened. That has to change their approach, but guys like that will always find a way.” AP/JB

Read Next
How Spanish cinema hit the big time
EDITORS' PICK
Shop smarter with vivo’s big 12.12 holiday deals
House energy committee chair Arroyo bats for cheap electricity
How not to retire as an ex-president
Lawmakers eyeing more changes in Maharlika plan
Hidilyn Diaz wins only gold missing from her collection
The vivo Y02 is now available in the Philippines for only PHP 5,299
MOST READ
Jovit Baldivino, ‘Pilipinas Got Talent’ winner, dies at 29
Andi Eigenmann, family in Manila for a quick visit; Ellie dines with grandma Jaclyn Jose
LPA enters PAR, to likely strengthen into tropical depression in coming days – Pagasa
Lawmakers eyeing more changes in Maharlika plan
Don't miss out on the latest news and information.