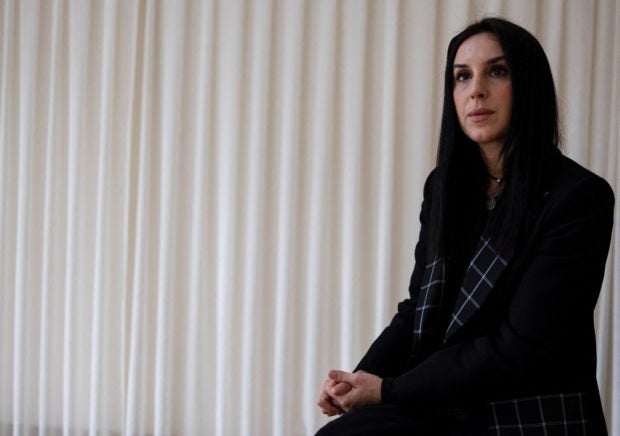 Ukrainian singer Jamala, winner of the Eurovision Song Contest in 2016 who fled the war in her country, poses after an interview with Reuters in Istanbul, Turkey, March 16, 2022. Image: Reuters/Umit Bektas

ISTANBUL — Six years ago, Ukrainian singer Jamala conquered Europe with a song about Soviet leader Joseph Stalin’s deportation of hundreds of thousands of people from her Black Sea homeland of Crimea in World War II.

“When strangers are coming, they come to your house. They kill you all and say ‘We’re not guilty,'” she sang in a sombre anthem that was the surprise 2016 winner of the Eurovision Song Contest, usually a feast of light-hearted camp.

Now, Jamala is a refugee herself after fleeing Russian President Vladimir Putin’s invasion, which drove her and her children to seek shelter outside Ukraine.

“On Feb. 24, my husband woke me up and told me that the war had started and that Russia had attacked us. At that moment, I was shocked. It felt like a nightmare,” she told Reuters in an interview in Istanbul.

The 38-year-old, whose real name is Susana Jamaladinova, sheltered in a Kyiv bomb shelter before escaping to Turkey with her two children, leaving her husband to fight the approaching Russian army.

The journey to safety was not easy, and she sang to her children to distract them from the danger.

“We were in the car and we heard this bzzzz noise. We saw (a rocket) in front of us,” she said, describing her confusion about whether to press on or turn back. “I was lost, but I had to go forward. It was scary.”

Jamala, a Crimean Tatar whose relatives were victims of the 1944 deportations, urged Europeans to unite behind her country.

“It is not only a Ukrainian war, it is war against European values,” she said. “I think we are all in the same boat.”

She took that message earlier this month to Berlin, where she performed her 2016 song again at a preliminary round of this year’s Eurovision, this time to promote support for Ukraine’s army. Russia, which describes its offensive in Ukraine as a “special military operation” is barred this year.

One of the favorites for the Eurovision final, which has a huge global television audience, is Ukraine’s Kalush Orchestra. Even though it operates out of the west of the country, which is less affected by the three-week conflict, band members have had to rehearse separately while they take on wartime duties.

Lead singer Oleh Psiuk is running a 20-strong volunteer group, supplying medicines and helping people flee the war. His girlfriend has been making Molotov cocktails, and another band member is serving in the territorial defense unit.

For Jamala, initially hesitant about performing while her country was under fire, doubts vanished when she started to sing: “It seems to me that now this is what I can do. If I can sing and raise money to help Ukraine, I will continue to do it.” JB