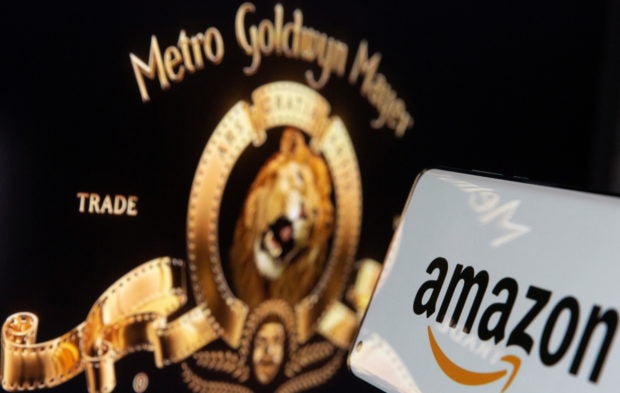 Smartphone with Amazon logo is seen in front of displayed MGM logo in this illustration taken, May 26, 2021. Image: Reuters/Dado Ruvic

WASHINGTON/LOS ANGELES — Amazon.com Inc. could be days away from closing its deal to buy MGM, the fabled studio behind “Rocky” and “James Bond,” as a mid-March deadline for regulators to challenge the online retailer’s merger plan approaches.

Antitrust agencies in the United States and Europe both have to decide if Amazon’s $8.5 billion deal for the nearly century-old studio breaks antitrust law. Amazon announced the transaction in May 2021, saying it offered a trove of content for the company to develop and draw consumers to its Prime fast-shipping and streaming club.

In Europe, EU antitrust regulators are set to clear the planned acquisition without conditions, according to people familiar with the matter. They have a March 15 deadline to act.

Shortly after that, the United States Federal Trade Commission is approaching its own deadline for making a decision on whether the deal violates antitrust law. The FTC’s deadline is in mid-March, at least a day after the European Commission’s deadline, according to a person familiar with the matter.

The online retailer substantially complied with the FTC’s requests for information about the deal, which started the clock for the FTC to make a decision, the Wall Street Journal previously reported.

Exactly when Amazon might close the deal, subject to whether or not the FTC attempts to stop the MGM merger, was unclear.

The FTC, whose Chair Lina Khan gained internet fame with a law review article entitled “Amazon’s Antitrust Paradox,” has a broader antitrust probe open into Amazon as part of government antitrust investigations begun under the Trump administration into the four big tech platforms, including Facebook and Google.

If Amazon wins approval, the online retailer and cloud-computing giant would be able to ramp up competition with streaming rivals Netflix and Disney+.

MGM would bolster Amazon Prime Video’s offering with more than 4,000 film titles, as well as this year’s Oscar-nominated “Licorice Pizza” and a long list of television shows. JB