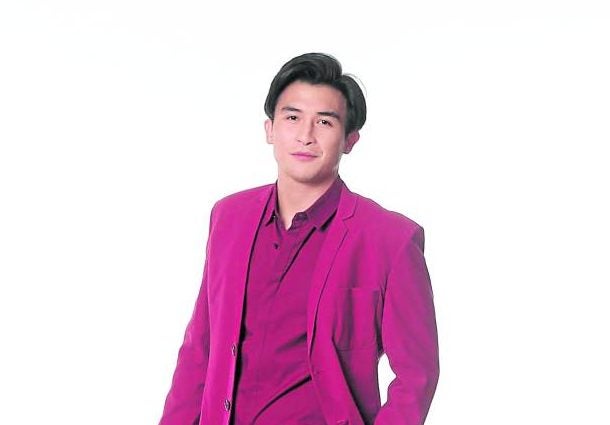 More than the glitz and glamor of being a celebrity, it’s acting recognition that Rob Gomez really hopes to achieve.

“I guess fame or fortune can also come with it, but the craft will always be my focus,” the actor said in a recent video interview arranged by his management, Virtual Playground.

One of his dream projects is a film that blends action and drama—something similar to ‘On the Job: The Missing 8.” And seeing John Arcilla win the Volpi Cup for Best Actor at the 2021 Venice Film Festival for his performance in the said crime thriller movie was such an awe-inspiring moment for Rob.

“I love doing drama. I would love to try action… Those two together bring things to a whole different level, and I hope that genre becomes more popular in Philippine cinema,” he said. “When I saw John Arcilla win the Volpi Cup and heard his thank you and acceptance speech… I was like, I want something like that, too. I had goosebumps. It was so amazing.”

The 25-year-old actor is serious about honing his skills and is currently undergoing workshops conducted by award-winning artist Angeli Bayani. “I’m training and I’m excited to improve as an actor… I hope this can prepare me for the next big thing, a project that hopefully would come,” he said.

Rob had social media abuzz last year for his “daring” performance in the romantic coming-of-age film “A Girl and a Guy” (Netflix and Upstream PH), which he headlined with fellow show biz newcomer, Alexa Miro. More recently, he starred in GMA Network and Regal Entertainment’s primetime series “Mano Po Legacy: The Family Fortune,” where he was paired with Barbie Forteza.

While he’s thankful for the attention he got for “A Girl and a Guy,” Rob doesn’t see himself doing anything “sexy” anytime soon. “I’m very happy the movie had success. I guess some people would expect that from me. But to do one like that, na medyo sexy… I think not in the near future,” he said.

Rob’s initial foray into show biz was almost a decade ago, with an appearance in an episode of “Pidol’s Wonderland,” a defunct comedy series narrated by the late industry icon Dolphy. He then had a two-year stint in the variety program “Walang Tulugan,” which was hosted by his late godparent and starmaker, German Moreno.

He put his career on pause to focus on his studies. But now that he’s given a second wind, he wants to focus on exploring different types of challenging roles.

“I’m very thankful I got other opportunities, like ‘Mano Po,’ which was quite a game-changer for me. But yes to tougher, bigger characters—action, drama, fantasy, anything,” said Rob, son of former actress Kate Gomez and grandson of the late George Estregan.

“The versatility as an actor is something I want to have. Living lives you don’t have and playing someone you’re not—a prince, a samurai warlord, a garbage collector—I think that would be challenging and fun,” he added.

And since his tandem with Barbie was received by fans, the Inquirer asked Rob if having a perennial screen partner or being in a love team something he’s open to. “If the team and the people around it feel like it would go somewhere and there’s a big wave [behind it] … if there’s genuine chemistry, why not?” he said. “And luckily, people feel like we have it.”

“But being paired with different leading ladies until you find that perfect match for the audience is good, too,” Rob added. “It can be good either way.”