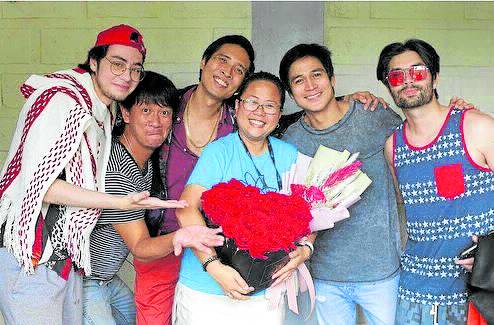 If she had her way, film and TV director Cathy Garcia-Molina said she wouldn’t get involved in any production during the pandemic.

“But since this can’t be helped, I’ve developed strategies instead,” said the director of the sitcom “My Papa Pi,” which has been streaming on the iWantTFC app since March 5. Since the pandemic began in March 2020, Cathy has also directed the romantic comedy flick “Love at First Stream,” which participated at the 2021 Metro Manila Film Festival.

“I’m a hands-on director, as in literally. I want to be able to hold my actors physically. How can I do that without breaking protocols? I need them to see my face. It’s hard to show true emotions with masks and all,” she told Inquirer Entertainment. “This was why when things started to get less restricted, I was happy to be touching them again. Being far from my actors during shoots had been a major adjustment.”

When the industry resumed production again, Cathy said she had to adapt by coming up with a game plan. “First, I requested the writers to limit set locations. Unlike before, we can’t anymore pack up from one set and then transfer to another. We have to stay in a bubble. Do you see how limiting the pandemic can be even at the early stage of production?”

She further said: “Also, we can’t hire more than 50 people in one production. My crew, which used to number to 30, has been reduced to 10. My actors aren’t allowed to take their assistants with them, either. Otherwise, we’d go over the limit. This is also why some of our staff members work as bit players. In a way, it helps teach them resilience. We all have to adapt to the situation. In fairness, I never heard any complaints from my actors.” 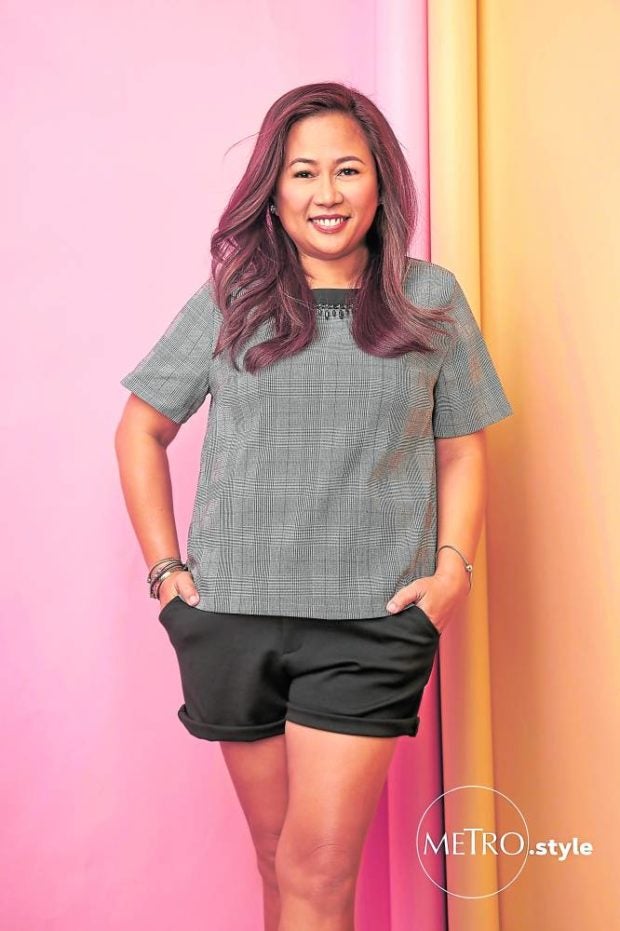 As for the set of “My Papa Pi,” Cathy said she requested for it to be “made from scratch.” She explained: “We had it built from the ground up. Of course, the safety of everyone is our priority. I will not shoot unless I’m sure we’re all safe. I also have a family that I go home to. I want to protect them, too.”

She added that lead star Piolo Pascual plays the twin brother of comedian Pepe Herrera in the sitcom. They own a food joint, a ‘tumbungan,’ which is extremely popular in Tondo, Manila. “The art department came in later to put all the details and props in. I wanted the place to look like we’re in Tondo. Another reason for building a set was so that we won’t disturb anyone, since we have our own Tondo here. It’s also perfect because the location is close to my house. Everybody happy!”

The director, who, in 2018, announced her decision to retire, said that one of the reasons she accepted the project was to be able to work with Piolo again. “Our last project was ‘Lobo,’ which was over a decade ago. This was because I only make a project once a year and Piolo has gotten so busy over time. I’ve missed him. Another reason is that doing a sitcom is new to me. I found it cute—the idea that Piolo and Pepe are twins. Plus, we have a queen in our midst (Pia Wurztbach, as their leading lady).”

What about her plan to quit the biz and relocate to New Zealand? “My family, especially my daughter, still want to go to there. However, during the pandemic, my friends and I were able to put up a new company; and so far, we are able to help a lot of people through the work we do there. The plan got pushed back a little. We will still fly there; I need to fulfill the promise I made to my kids, eventually. I just think that because I’m a storyteller, it’s so hard for me to leave. Whenever I encounter a good story, I turn my back to look at it.”

When asked to share what she thought were the challenges she has to hurdle while doing the sitcom, Cathy gave this reply: “It’s always a challenge to make everyone on this set stay quiet and listen to me. Seriously, I like it that everybody is game. Those who have never worked on a sitcom before were worried because they said they won’t know what to do. You’ll be surprised because when the cameras begin to grind, everyone goes crazy, including the uptight first-timers.”