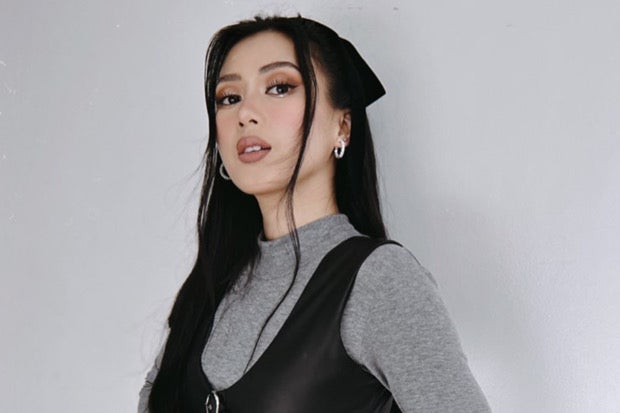 Alex Gonzaga recounted being commended by director and Star Magic head Lauren Dyogi for her hit song “Chambe,” which is about her nephew, Toni Gonzaga’s son Seve.

The actress-vlogger regarded Dyogi’s compliment as an unforgettable achievement at the time, as per her exclusive interview with TV host Bianca Gonzalez on her YouTube channel yesterday, March 6.

(I will never forget the time when Direk Lauren tapped me and told me something like, “Congratulations. Continue making hits like that, ‘Chambe.’ I told myself, “Gosh, it’s the first time he tapped me.”)

Though her song earned praises and millions of views, Alex disclosed that she doesn’t see it as one of the turning points of her career, adding how it still falls under the “shadow” of her sister, Toni.

“Everything was new so hindi mo talaga masasabi na, ‘Yeah, it’s like the best song,’ kasi nga, first, it’s still my sister. It’s still my inaanak, my pamangkin, so okay lang. Hindi siya ‘yung game changer for me,” she stated.

(Everything was new [back then] so I can’t really say that, “Yeah, it’s like the best song,” because first, it’s still about my sister. It’s still about my godchild, my nephew, so it’s okay. It’s not really a game changer for me.)

Alex then opened up on how she embraced her comedic identity instead of making other people and her sister’s achievements as her standard.

(I felt like the bosses noticed me when I entered “Pinoy Big Brother,” when I became a housemate. However, I felt like I lost the opportunity. It was a wasted opportunity, that they lost hope in me. I remember feeling like, “Shocks, how would I earn their trust again?”)

(I realized that I once wanted to be in a soap opera, to have a hit song, to star in a movie. It turns out all I needed was a camera and mommy Pinty. People already find me funny with just that. Back then, I was looking at my sister and other celebrities’ blessings but mine was already here, here in our house.)

Alex’s song “Chambe” was released in November of 2018 and has garnered over 31 million views in her YouTube channel, as of writing.

Meanwhile, Alex recently spoke about how she sees Toni as a mentor and like a mother to her, as well as a person “equipped” against bashing. JB